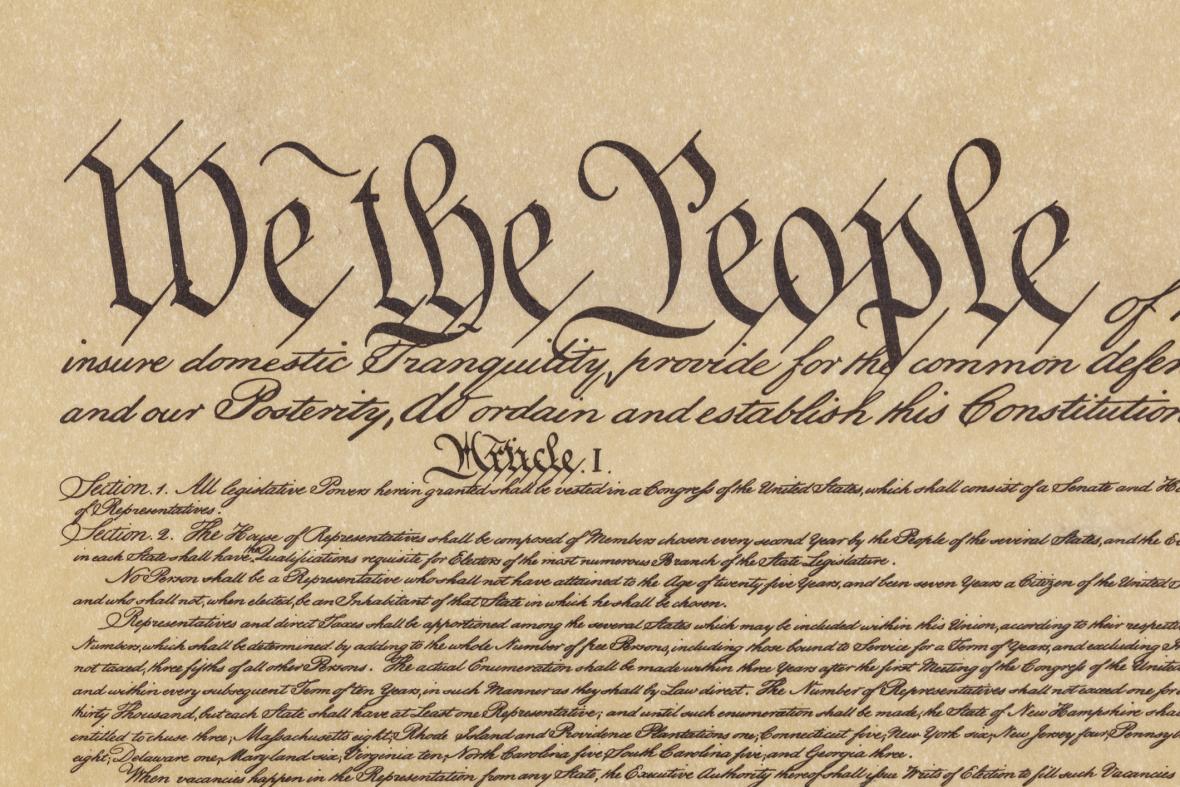 Access The Heritage Guide to the Constitution online at heritage.org/constitution.

The Heritage Guide to the Constitution is in its second edition. The interactive online version reflects this current edition.

The United States Constitution is America’s most fundamental legal document. As a compact between the people and the government, it delineates the structure of government and the rules for its operation. Today, the U.S. Constitution stands as the world's oldest national constitution still in use. It is also the shortest constitution, and therein lies its brilliance. Rather than concoct a detailed recipe covering every possible eventuality, the Founders instead provided a structure and articulated a set of stable principles that provide a timeless guide for good governance, enduring and worth preserving. It remains the object of reverence for nearly all Americans and an object of admiration by peoples around the world.

>>> Browse The Heritage Guide to the Constitution

The United States’ success as a country is due, in no small part, to the wisdom undergirding The Supreme Law of the Land: the Constitution. The profundity of this document stems from key themes within the text. These themes include “consent of the governed” that is, legitimate government depends on the consent of a free people, federalism—a measured balance of national and state governance—, and checks and balances in the form of separation of powers, republicanism, bicameralism, and independent courts. Preserving the greatness of this country requires that we remain faithful to the Constitution by interpreting it in accordance with its original public meaning.

The Heritage Guide to the Constitution is a line-by-line analysis of the Constitution from over 100 well-known legal scholars committed to an originalist jurisprudence. This project began in conversations between then-Vice President of the Heritage Foundation, Adam Meyerson, Dr. David F. Forte, and Dr. Matthew Spalding, about how to make our Constitution understandable and readily available to everyone in the country. Thanks to the prudent guidance of former Attorney General Edwin Meese III, this project was completed in 2005. It is now used by a number of Members of Congress, frequently seen in judges’ chambers, and used in classrooms, along with our teaching companion, across the country. To bring the first edition up-to-date with all that has happened since its initial publication, Heritage published the second edition in 2014, with plans for a third edition already underway. In addition to the success The Heritage Guide has seen in print, the online version at heritage.org/constitution has also reached a wide audience of over seven million users since the website’s launch.

How to use the Guide: Each clause of the Constitution has its own essay in which the commentator has two objectives. First, the author provides an originalist interpretation of that clause. Second, the author articulates the contemporary legal relevance of the clause in question, and will provide—if needed—the historical development of the current doctrine. The homepage displays the Constitution in its entirety. Reading commentary on a particular clause requires the reader to click the icon that immediately follows the clause of interest. Each commentary begins with the clause in question, followed by the commentary, the author of the commentary, and ends with a bibliography of further reading about the clause, case law, and related commentaries within The Heritage Guide.

Why Originalism?: There are at least four reasons to interpret the Constitution from an originalist perspective. First, originalism comports with the Constitution’s nature as a compact. Respecting a contract requires one to abide by the terms enumerated in the agreement, in the manner in which both parties originally understood the contract to mean. Originalism honors the agreement within the Constitution by interpreting it the way the initial parties, namely the Founders, understood the compact. Second, originalism respects limited government by restricting the powers of the government only to those expressed in the Constitution. Third, it constrains the judiciary by preventing judges from asserting their will at the expense of what is written in the Constitution. Under this approach, judges cannot rule based on their own policy preference; they must instead rule based on what the Constitution says. Fourth, and by extension, originalism is in theory politically neutral. This jurisprudence is not result-oriented, and therefore can and should be adopted by judges regardless of their personal political leanings.

What Is the Freedom of Association and Will the Supreme Court Protect It?