The Right Way to Overhaul Our Health Care System 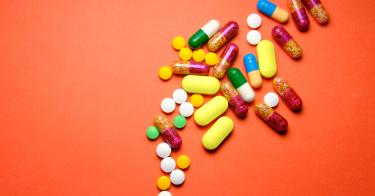 The Right Way to Overhaul Our Health Care System

As opposed to the government deciding which medical and insurance providers get your tax dollars, you decide.
Copied

One thing most Americans agree on is that our health care system needs an overhaul.

Some people believe the answer is more money from Washington and bureaucratic agencies making sure everyone is following the rules.

Others suggest we should import the kind of government-run models they have in Europe and Canada.

A third option would redirect our current system—putting patients and doctors in the driver’s seat, making health care providers and insurance companies compete for customers.

As you weigh the options, here are a few basic facts you need to know:

Long before Obamacare came along in 2009, Washington was already in the business of picking winners and losers in health care.

Shortly after World War II, we began giving tax breaks to those who got health care via their employer. In the long run, however, the biggest winner was the insurance industry as more and more people became members of group plans as opposed to purchasing individual insurance.

More Washington meddling occurred in the 1960s with the creation of Medicare and Medicaid. While created with good intentions, these government programs have skyrocketed in terms of costs but have nose-dived when it comes to consumer choice.

Instead of allowing individuals to decide where and from whom they want to get their medical care, Washington makes that call, selecting various special interests to qualify for those tax dollars.

And then came the mother of all meddling: Obamacare, with a huge push to not only expand Medicaid, but to take over what was left of the private insurance market through more government mandates and regulations.

Premiums doubled in the first four years of Obamacare. Last year, the averagemonthly premium for individual insurance was $476 per person per month in the 39 states participating in HealthCare.gov.

In more than 80 percent of counties across the country, there is only one or two health care plans available on the Obamacare exchange. That means millions of Americans now have far fewer choices when it comes to their doctor and health care network.

Perhaps that is why less than half of the 24 million people proponents of Obamacare said would sign up have actually done so.

And for the ones who have, the vast majority, over 86 percent, were put on Medicaid. Which, by the way, doesn’t ensure they now have health care because increasing numbers of doctors and other medical providers are no longer accepting Medicaid.

So what about trying out what we’ve seen in other countries—a full-blown government-run health care approach?

Let’s start close to home by considering our neighbors to the north.

When compared to 11 similar countries, including the United States, a recent study shows that whether it’s emergency room visits, same- or next-day appointments, seeing a specialist or getting elective surgery, Canada’s wait times are the worst.

In fact, in 2016, Canadians waited an average of five months for medically necessary specialist treatments.

Maybe that’s why almost 60,000 of them visit the U.S. and other countries for medical care each year.

Speaking of other countries, over in the United Kingdom, where they’ve had 70 years to figure out how to run a government-controlled health care system, over 80 percent of doctors say their workplaces are understaffed.

That probably explains why over 50,000 “non-urgent” surgeries were canceled in 2018 when their system was overwhelmed by flu season.

So if more money and more direction from Washington isn’t the answer, and neither is putting everyone in a European-style national health care system, what is?

What if we tried the completely opposite approach and put individuals and patients, also known as consumers, in the driver’s seat? As opposed to the government deciding which medical and insurance providers get your tax dollars, you decide.

Think about it, in industry after industry where businesses have to compete, what happens? Choices and innovation increase, prices and other barriers to access come down.

A similar approach needs to be taken in reforming our health care system. It won’t happen overnight but even a small step in the right direction shows the possibilities.

Seven states that obtained waivers from Obamacare mandates giving them the freedom to try new approaches are projecting higher enrollments in 2019 at significantly lower costs.

Thirty percent lower in Maryland, almost 20 percent in Alaska and Minnesota, and 15 percent in New Jersey.

And all the approaches used to achieve these savings relied on tools that help those with pre-existing conditions get access to care.

And that’s just one example of what can happen when the operating philosophy is “more choices and competition” as opposed to “one size fits all.”

Individuals and families have different needs and preferences when it comes to most things in life—including their health care.

It’s time our politicians respect their wishes and our laws allow more choice.