Dakota L. Wood is Senior Research Fellow for Defense Programs in the Center for National Defense, of the Kathryn and Shelby Cullom Davis Institute for National Security and Foreign Policy, at The Heritage Foundation. He served for two decades as an officer in the U.S. Marine Corps, including service as a strategic analyst for the Commandant of the Marine Corps and the Secretary of Defense’s Director of Net Assessment.

Thomas W. Spoehr, Lieutenant General, U.S. Army (Ret.), is Director of the Center for National Defense. Before joining The Heritage Foundation, he served America for more than 36 years in the U.S. Army.

Frederico Bartels is Senior Policy Analyst for Defense Budgeting in the Center for National Defense. Before joining The Heritage Foundation, he served for three years as a Policy Analyst with Concerned Veterans for America.

Dean Cheng is a Senior Research Fellow in the Asian Studies Center of the Davis Institute, where he specializes in China’s military and foreign policy.

Maiya Clark is a Research Assistant in the Center for National Defense, where she focuses on the military industrial base.

Luke Coffey is Director of the Douglas and Sarah Allison Center for Foreign Policy of the Davis Institute. He joined Heritage after service as Senior Special Advisor to the Secretary of State for Defence of the United Kingdom.

James Di Pane is a Research Associate in the Center for National Defense, where he focuses on military cyber and the U.S. Coast Guard and manages production of the Index of U.S. Military Strength.

Patty-Jane Geller is a Policy Analyst in the Center for National Defense, where she specializes in nuclear deterrence and missile defense.

Daniel Kochis is Senior Policy Analyst in European Affairs in the Davis Institute’s Margaret Thatcher Center for Freedom, where he specializes in trans-Atlantic security issues including NATO, U.S.–Russia relations, and the Arctic.

Walter Lohman is Director of the Asian Studies Center. He has served on the staff of the Senate Committee on Foreign Relations, in the Office of Senator John McCain, and as Executive Director of the U.S.–ASEAN Business Council.

Alexis Mrachek is Research Associate for Russia and Eurasia in the Allison Center.

James Phillips is Senior Research Fellow for Middle Eastern Affairs in the Allison Center. He has also served at the Congressional Research Service and at the East–West Center.

Nicole Robinson is a Research Assistant in the Allison Center, where she specializes in Middle East matters.

Brent Sadler is Senior Research Fellow for Naval Warfare and Advanced Technology in the Center for National Defense. Recently retired as a captain in the U.S. Navy, he served for 26 years as a submarine officer aboard multiple nuclear submarines and in various senior posts including Naval Attaché, Malaysia, and Senior Advisor to the Chief of Naval Operations.

David Shedd is a Visiting Fellow in the Davis Institute. He formerly served as Acting Director of the Defense Intelligence Agency.

Jeff Smith is a Research Fellow in the Asian Studies Center. He specializes in South Asia, has authored and contributed to several books on Asian security matters, and formerly served as Director of Asian Security Programs at the American Foreign Policy Council.

John Venable is Senior Research Fellow for Defense Policy in the Center for National Defense. A 25-year veteran of the U.S. Air Force and F-16 pilot, he served in three combat operations, was commander of the Thunderbirds, and earned the rank of colonel before retiring.

Michaela Dodge, PhD, is a Research Scholar at the National Institute for Public Policy and former Senior Policy Analyst for Defense and Strategic Policy in the Center for National Defense at The Heritage Foundation. She specializes in missile defense, nuclear weapons modernization, and arms control.

John G. McGinn, PhD, is Executive Director of the Center for Government Contracting at George Mason University’s School of Business.

Any views presented in or reflecting the results of any prepublication review of this document by an officer or employee of the United States are rendered in his or her individual capacity and do not necessarily represent the views of the United States or any agency thereof. 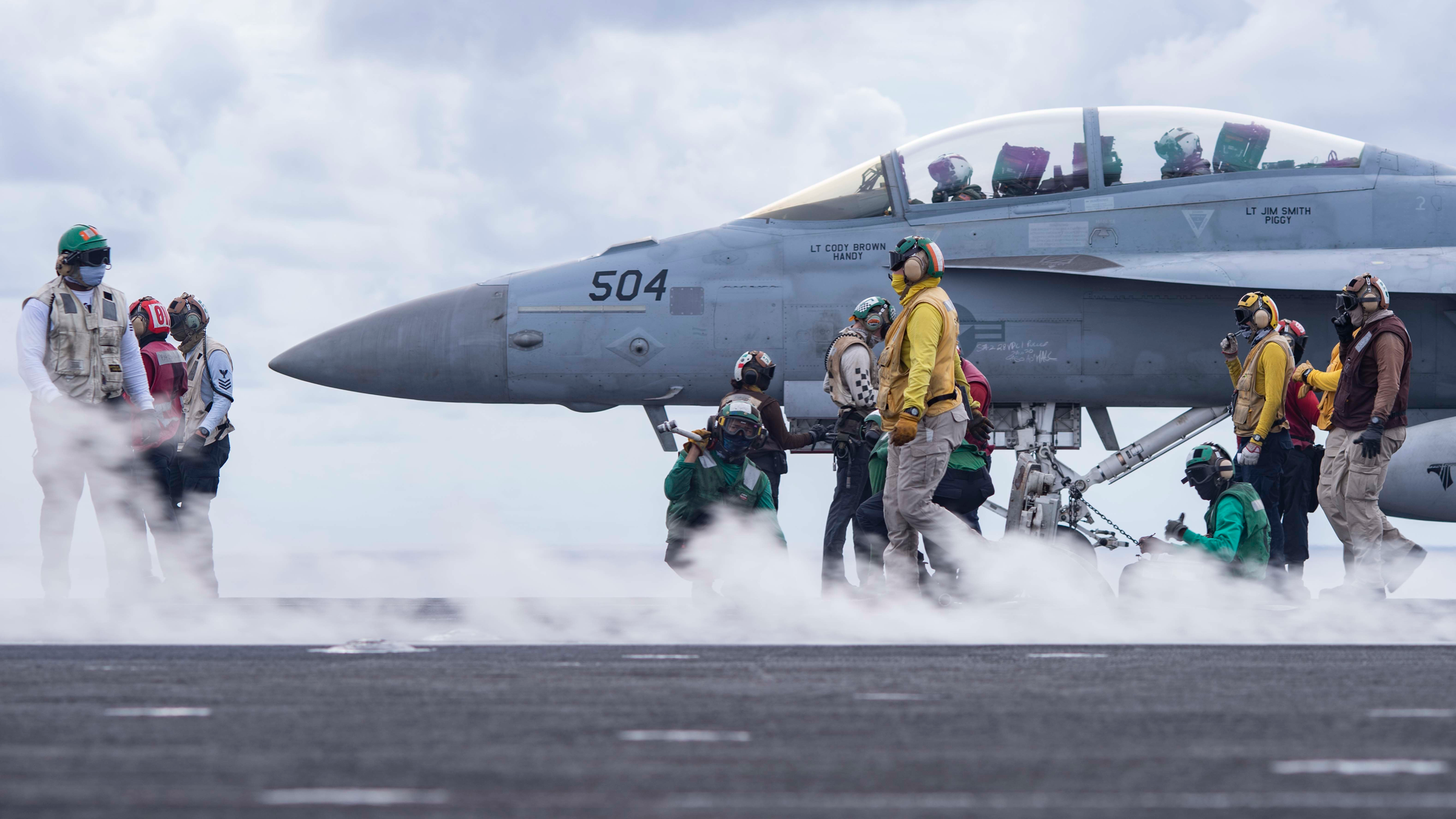 The contributions of a great many people make this type of publication possible. Among them, a few special contributors have that extra talent, work ethic, and willingness to go the extra mile that make the Index of U.S. Military Strength a remarkable and uniquely special undertaking.

James Di Pane, Research Associate in the Center for National Defense, ably shouldered the major task of shepherding production of the 2021 Index of U.S. Military Strength. He worked with the authors, editors, and graphics and production professionals to make this Index a reality, both in print and on the web.

We believe that this Index helps to provide a better-informed understanding and wider appreciation of America’s ability to “provide for the common defence”—an ability that undergirds The Heritage Foundation’s vision of “an America where freedom, opportunity, prosperity, and civil society flourish.” The Index continues to be cited and referenced across government—by Congress, the executive branch, and officials within the Department of Defense and supporting government agencies—as well as the media, academia, and policy institutes and among the public. We remain encouraged that so many Americans are similarly concerned about the state of affairs in and the multitude of factors affecting our country.

The Heritage Foundation seeks a better life for Americans, which requires a stronger economy, a stronger society, and a stronger defense. To help measure the state of the economy, our Institute for Economic Freedom and Opportunity publishes the annual Index of Economic Freedom; to help guide Congress in its constitutional exercise of the power of the purse, Heritage scholars analyze federal spending across all sectors of the economy and put forward recommendations throughout the year urging Congress to be better stewards of taxes paid by all Americans; and to help Americans everywhere more fully understand the state of our defenses, our Kathryn and Shelby Cullom Davis Institute for National Security and Foreign Policy is publishing this seventh annual edition of the Index of U.S. Military Strength.

In addition to acknowledging all of those who helped to prepare this edition, very special recognition is due to the Heritage members and donors whose continued support has made this 2021 Index of U.S. Military Strength possible.

Finally, as always, The Heritage Foundation expresses its enduring appreciation to the members of the U.S. armed forces who continue to protect the liberty of the American people in an increasingly challenging world.

“As currently postured, the U.S. military is only marginally able to meet the demands of defending America’s vital national interests.”

We hope that this report card on the U.S. armed forces helps decision-makers to be better informed and helps citizens to hold their elected representatives accountable for providing adequately for our nation’s defense.