The Journey to Self-Reliance at USAID: A Conversation with Ambassador Mark Green

December 9, 2021 The Journey to Self-Reliance at USAID: A Conversation with Ambassador Mark Green

Please join us for a conversation with Amb. Green reflecting on his tenure at USAID. 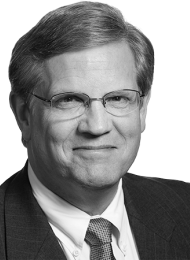 Under the leadership of Ambassador Mark Green, who served as Administrator from 2017 to 2020, conservative political appointees at the U.S. Agency for International Development (USAID) executed reforms and policies that would have previously been dismissed as unrealistic and audacious. The agency launched a reorganization that established a new structure to “end the need for foreign aid,” captured in the guiding principle of “the Journey to Self-Reliance,” while remaining true to America’s humanitarian impulse to help people in need. Traditional American values suffused agency programs with a culture of life and family and religious freedom as a first freedom. Under the Trump Administration, USAID confronted the challenge posed by an aggressive Communist China (and those of other malign global actors) and served as responsible stewards of American tax dollars. These reform efforts and achievements can provide the next conservative Administration with a solid base from which to launch even bolder reforms while offering a future Congress a basis upon which to reshape foreign aid authorizations and appropriations.

Please join us for a conversation with Amb. Green reflecting on his tenure at USAID.