In many states, public employees are forced to pay dues to labor unions even if they do not want to join the union. 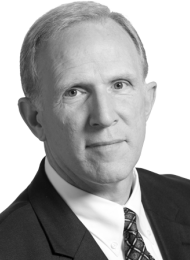 In many states, public employees are forced to pay dues to labor unions even if they do not want to join the union. Known as “agency shop” arrangements, these payments can amount to hundreds of dollars each year and were upheld in Abood v. Detroit Board of Education (1977).  Recent Supreme Court cases, including Knox v SEIU (2012), Harris v. Quinn (2014) and Friedrichs v. California Teachers Association (2016), have challenged the extent and constitutionality of the Abood decision and many believe the days of “agency shop” arrangements are numbered. Two cases in particular, Janus v. AFSCME and Yohn v. CTA, seek to address issues raised in the Friedrichs case that were left unresolved when Justice Antonin Scalia passed away unexpectedly, resulting in a 4-4 decision and leaving the Abood decision and “agency shops” in place.

Join us for a discussion on these cases and the impact of “agency fee” arrangements. Rebecca Friedrichs, lead plaintiff in Friedrichs v. CTA, will discuss her lawsuit and her activity since the 4-4 decision to continue to advance employee freedom. Terry Pell, whose nonprofit public interest law firm brought Friedrichs case and is bringing Yohn, will discuss the developments in both cases. Jacob Huebert from the Liberty Justice Center will discuss their major lawsuit, Janus v. AFSCME, which could be heard by the Supreme Court within the next year. Colin Sharkey, whose non-union association for teachers is a plaintiff in Yohn and co-leads National Employee Freedom Week, will examine these cases and others in the broader context of restoring individual liberty and preserving First Amendment rights for all employees.

Originalism and Stare Decisis in the Lower Courts