As the Senate wrestles with healthcare reform, one key provision has come under fierce debate. Drafts of the bill rein in the expansion of Medicaid under Obamacare by offering states a set amount of money per person covered that varies according to their status and average spending in the program. Contrary to polls that focus just on the spending limits, we find that the majority of registered voters support measures that would target set spending at the most vulnerable and needy—the disabled, elderly, children, and pregnant women in poverty the program was designed to help.

56% say Medicaid should target set spending to the disabled, elderly, children, and pregnant women in poverty based on their specific needs.

62% say it is a bad thing that Medicaid expansion spends money on childless adults, rather than the most vulnerable populations the program was designed to serve.

57% say it is a bad thing that Obamacare gave states higher reimbursements for adding able-bodied adults to Medicaid than for serving the elderly and disabled. 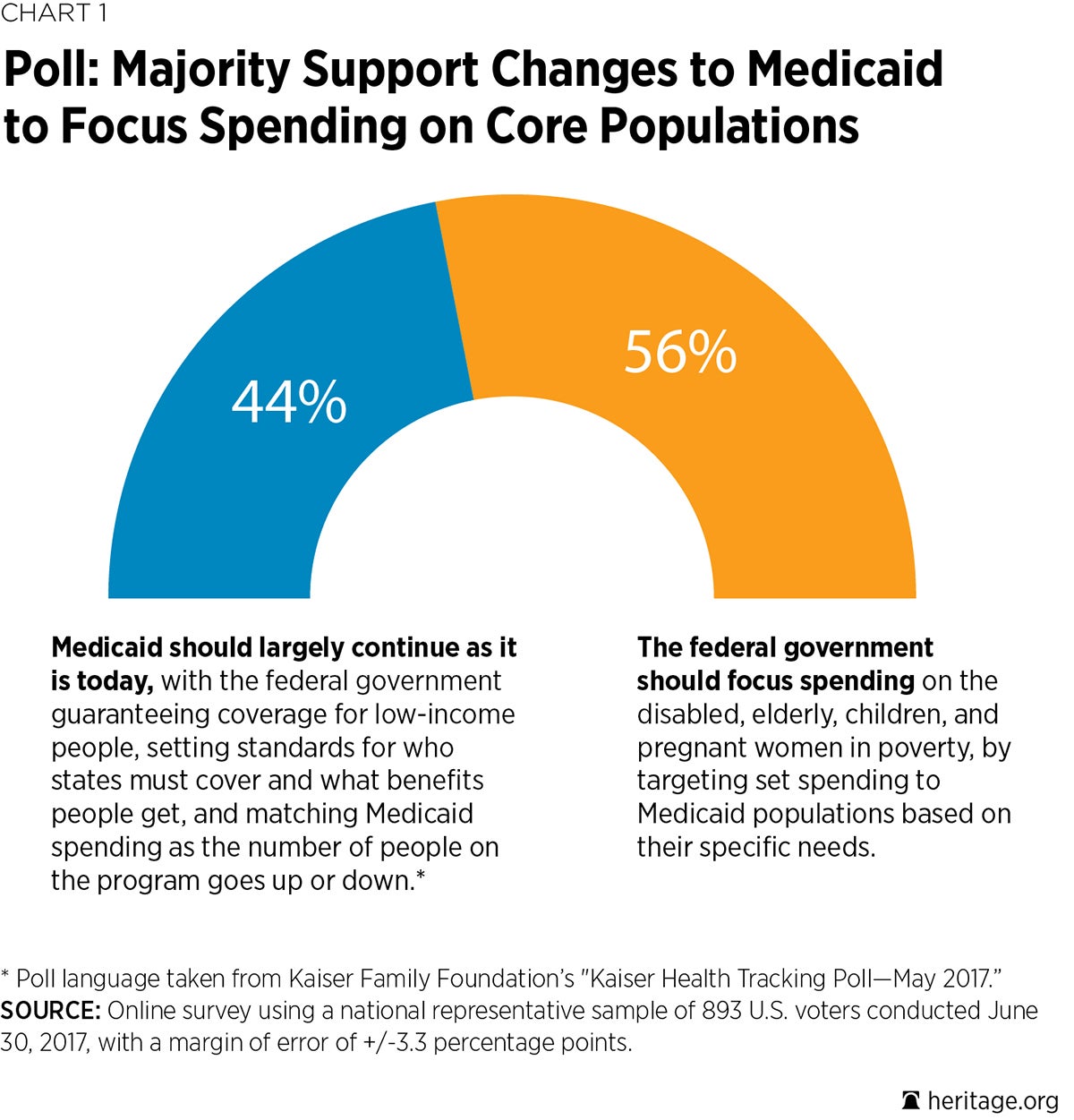 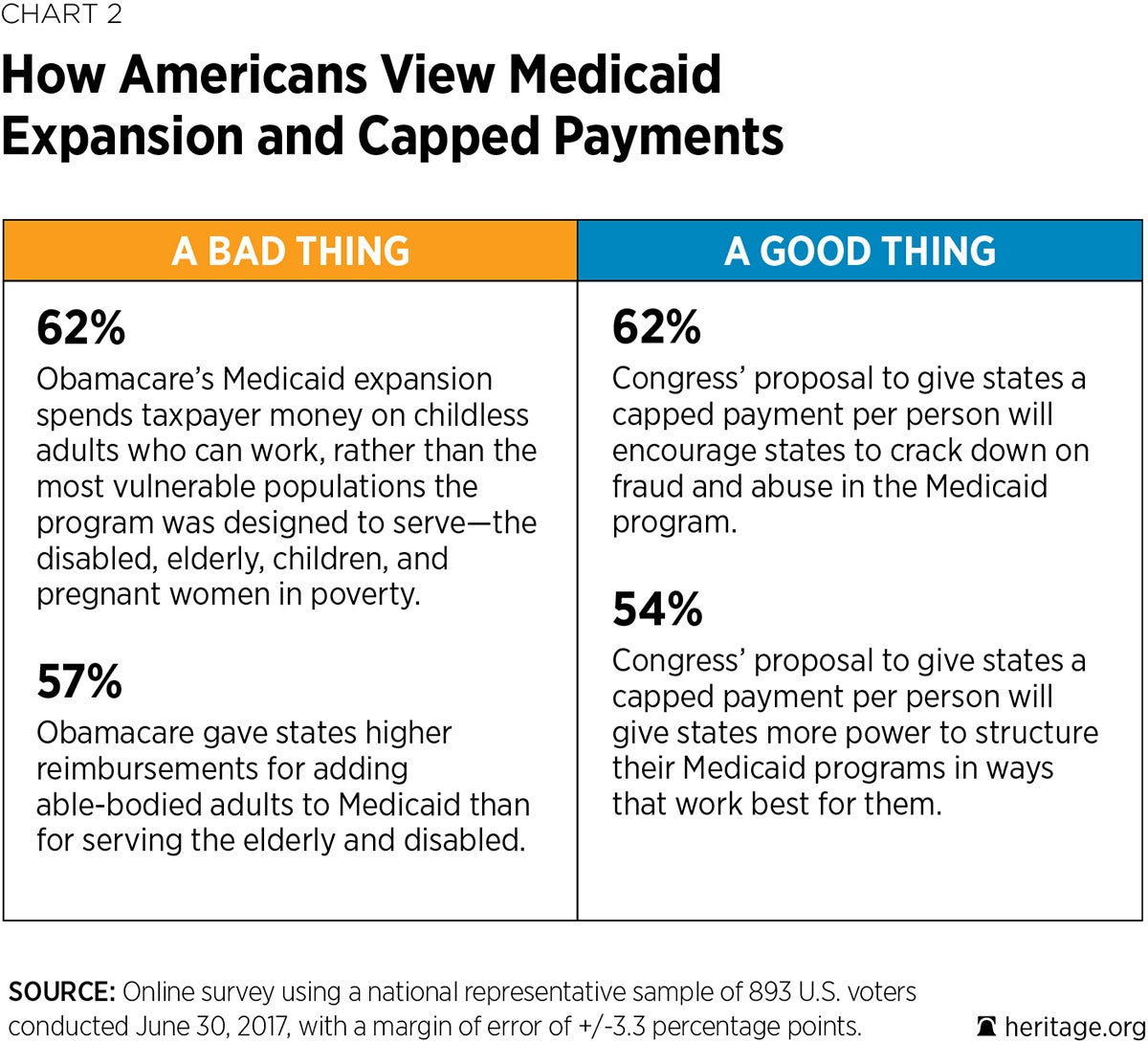 Americans Know More About the Kardashians Than They Do About Constitution