Americans received good news this week: The economy, as measured by gross domestic product (GDP), grew at a 3 percent rate in the second quarter of 2017.

President Donald Trump has made sustained 3 percent economic growth the key target of “MAGAnomics.” To be a success, that initiative will have to improve the economy enough that 3 percent growth becomes a typical quarterly growth rate, not a better than average one.

While many news outlets have focused on the role of consumption in driving quarterly GDP growth, policy makers should look further upstream.

The good news is that private investment grew at a 3.6 percent rate in the second quarter of 2017. The bad news is that it’s still below its 2015 peak. As the chart below shows, the U.S. economy is still mired in a slow-growth slump some 20 percent below its long-term, pre-recession trend. 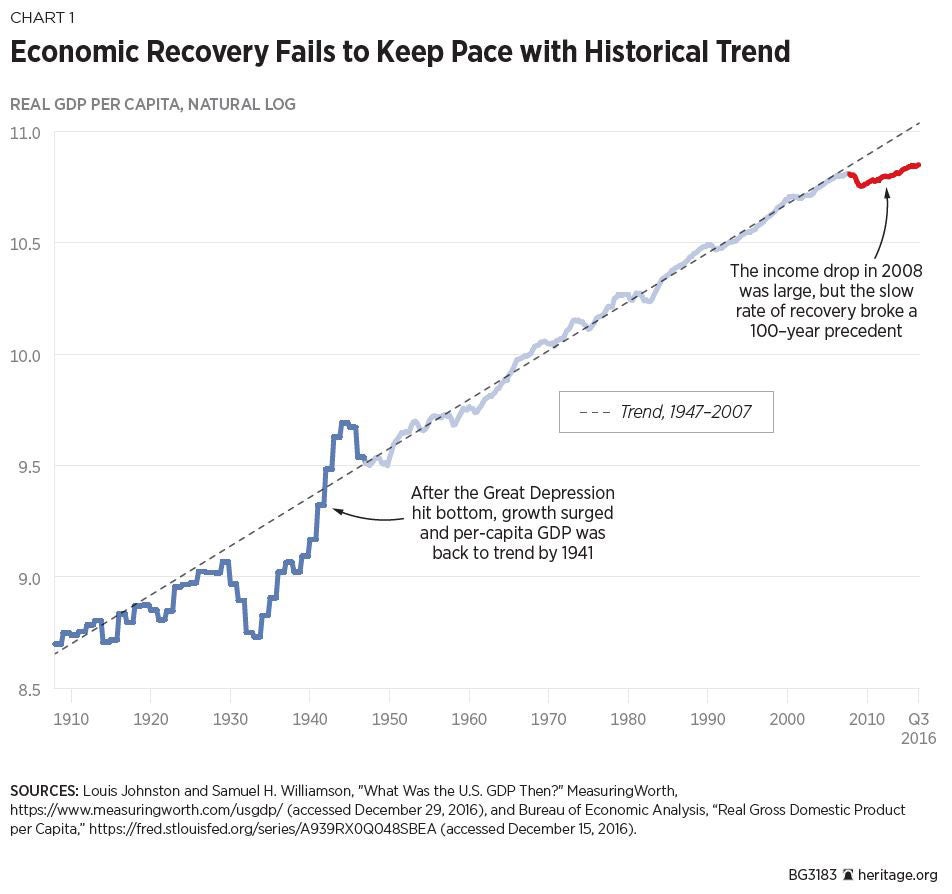 Policymakers should think of this week’s good economic news as a first down, not a touchdown.

When Trump and congressional leaders huddle on tax reform in the coming weeks, they should focus the conversation on restoring investment incentives. That’s where they’ll pick up serious yardage.

How the Fed Has Set Our Economy Up for Disaster

Monetary Malpractice at the Federal Reserve