The interaction of two trend lines suggests that support for school choice will only grow in years to come. The first is our increasingly ethnically and racially diverse population. In the span of three decades, the share of the non-white population has grown exponentially, and according to demographers, the U.S. is well on its way to becoming a minority-majority population by mid-century.1

The second is that support for school choice among minority Americans is growing.2 This is significant because according to the Pew Research Center, nearly one-quarter of all students enrolled in our public schools are Latino.3 In some of our biggest public school districts, minority Americans make up the majority of the school body’s population.

Equally important is that much of the growth we are seeing is a result not of increased immigration to the U.S., but of higher birth rates among Latinos. The Pew Research Center has observed that most of the growth in the Latino population in recent years was due to births, not immigration.4 This explains why one-quarter of all kindergarten students are Latino.5

Unfortunately, there is ample evidence to suggest that many of these same students are not well served by our public school system. Ineffective educators, violence, and a lack of high academic standards are contributing to the increased demand for greater choice among minority families.

Besides polling, there is other evidence that minority families are favorably disposed toward school choice. One way we can see this is in the growing number of minority students enrolling in public charter schools and private school choice programs. According to the National Alliance for Public Charter Schools, “Hispanic students comprise roughly 30 percent of charter school enrollment across the country, compared to 25 percent representation in traditional public schools.”8

Not surprisingly, most minority and Latino families polled say that they are satisfied with their children’s new school setting, yet opponents of school choice persist. Powerful interest groups like the National Education Association and the American Federation of Teachers are stepping up their efforts to curtail, slow, and ultimately defeat increased school choice—even if it means preventing low-income minority students from accessing high-quality schools.

Israel Ortega is a freelance reporter who contributes to a number of publications including Forbes, the Washington Examiner, and The 74. 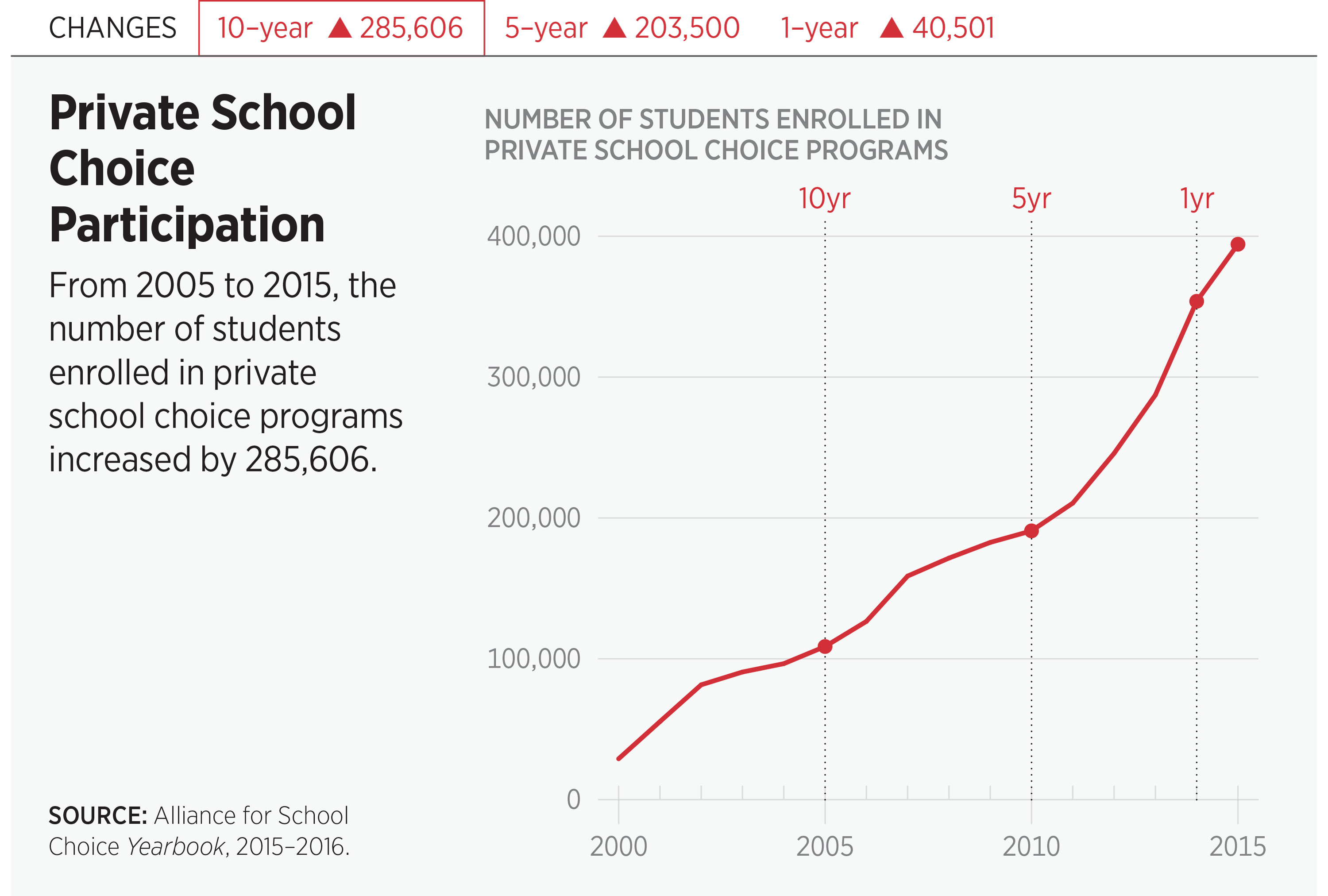