The Confirmation Process for Presidential Appointees 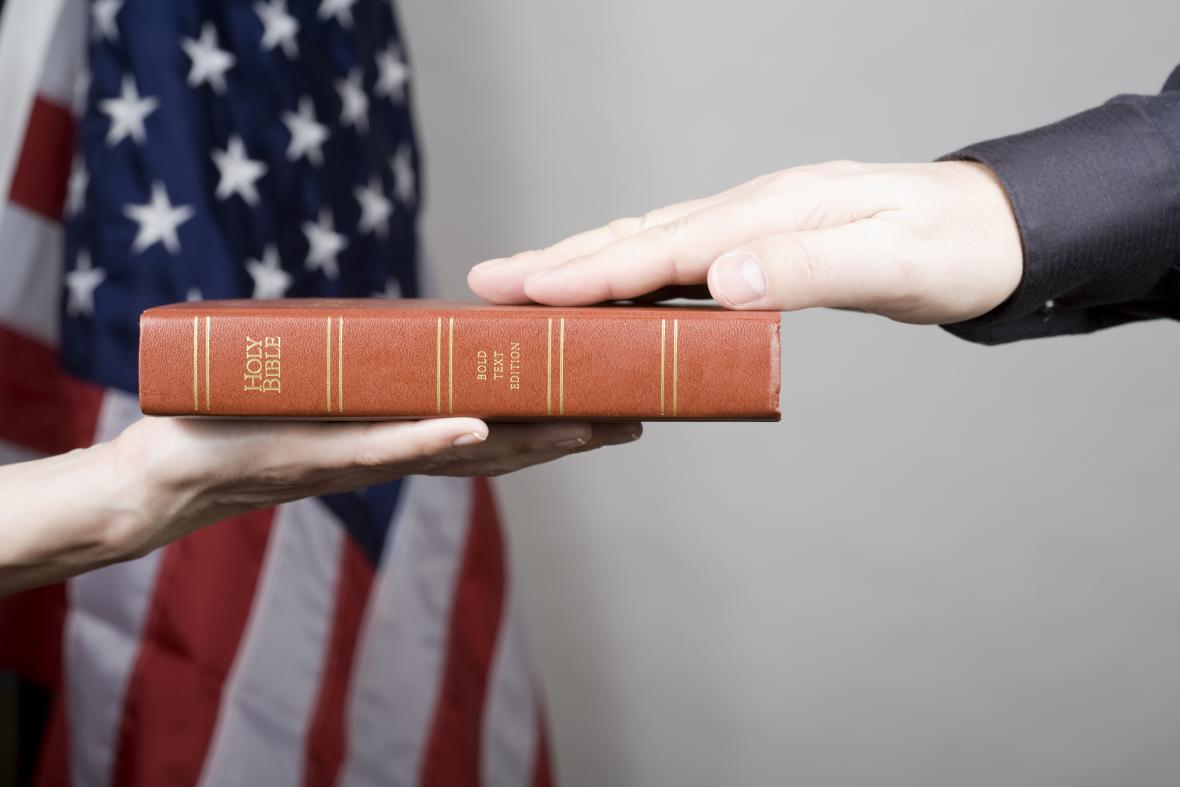 The Confirmation Process for Presidential Appointees

The Constitution divides responsibility between the executive and judicial branches - the president and the Senate.

A president’s most visible and consequential nomination may occur when a seat opens on the Supreme Court.

Historically, the Senate has confirmed most presidential nominations, but “in rare instances” a vote to confirm has failed.

In the past 100 years, the Senate has rejected three nominations on a recorded vote.

Americans tend to think of their president as the most powerful person in the world, but the Constitution limits the power of all three branches of government—the president as well as the Congress and the federal courts.

In the case of filling top positions in the executive and judicial branches, the Constitution divides responsibility between the president and the Senate. Article II, Section 2 empowers the president to nominate and—“by and with the Advice and Consent of the Senate”—to appoint principal officers such as department heads as well as subordinate ones such as deputies.

The process of the president’s nomination of Cabinet secretaries, and the Senate’s confirmation of them, is perhaps best known to the public but still somewhat mysterious.

Steps in the Process

The Congressional Research Service, which studies and analyzes legislative matters for members of the Senate and House, breaks it down this way:

First, the White House selects a prospective appointee and sends a formal nomination to the Senate.

Second, the Senate determines whether to confirm the nomination.

Third, the president presents a signed commission to the successful nominee and he or she is sworn in, assuming authority to carry out the duties of the office.

The appointments clause of the Constitution specifies that the president

shall nominate, and by and with the Advice and Consent of the Senate, shall appoint Ambassadors, other public Ministers and Consuls, Judges of the supreme Court, and all other Officers of the United States, whose Appointments are not herein otherwise provided for, and which shall be established by Law.

In the case of Cabinet secretaries and other appointees requiring Senate confirmation, the White House personnel office (or a president-elect’s transition team in the case of an incoming administration) preliminarily selects and vets a prospective appointee before sending a formal nomination to the Senate.

The Constitution empowers the president to appoint federal judges, most of which sit on either a U.S. District Court (with 673 judgeships) or a Circuit Court of Appeals (with 179 judgeships).

Nominations to fill judicial openings are subject to confirmation by the Senate after being reviewed by that chamber’s Judiciary Committee, which also holds hearings. A president’s most visible, and consequential, judicial nominations occur when a seat opens on the Supreme Court.

Presidents have nominated a total of 161 persons to the high court. Since 1930, the Senate has confirmed 59 and rejected four (one nominated by Herbert Hoover, two by Richard Nixon, and one by Ronald Reagan). Four nominees withdrew (out of seven in history).

Since 1845, the Senate has taken no action on only five Supreme Court nominees, the latest being Merrick Garland in 2016. Obama, a liberal Democrat, selected Garland to fill a vacancy created by the February 2016 death of Justice Antonin Scalia, a conservative. Republican leadership decided to adhere to a Senate tradition of not advancing Supreme Court nominees in a presidential election year.

The Judiciary Committee, despite pressure from Democrats, took no action on the nomination and Garland did not advance to the floor for a confirmation vote. This cleared the way for a new Republican president, Donald Trump, to fill Scalia’s seat.

Members of Congress and other interested parties may recommend candidates for executive branch positions. However, a president or president-elect isn’t bound by such recommendations, according to the Congressional Research Service, whose recent reports on the confirmation process provide the basis for this article.

A candidate for a Cabinet or other top position fills out various forms, such as a financial disclosure report and a national security questionnaire. The Office of Government Ethics is available to guide a candidate through the paperwork.

The FBI typically does a background check and submits a report. The Office of Government Ethics, along with an ethics official from the relevant agency, reviews the financial disclosures. If they find conflicts of interest, they may help the candidate mitigate them.

Because all this takes time, potential nominees for the highest positions usually get priority. In 2004, Congress amended the law governing presidential transitions to encourage a president-elect to put forward candidates for the national security team shortly after the election.

How the Senate treats a presidential nomination varies depending on what the Congressional Research Service calls “the importance of the position involved, existing political circumstances, and policy implications.”

The Senate’s executive clerk typically refers a nominee to a specific committee or committees based on rules and precedents.

The appropriate committee investigates the nominee, holds hearings, and reports to the full Senate. Staff for Republican and Democrat senators draw on the submitted information, but also collect their own.

Senators may want to explore a nominee’s character, qualifications, and policy views—and this can get testy when individual senators, or their party, decide to oppose a nominee.

In 2011, to ease the logjam of President Obama’s appointees awaiting confirmation, the Senate adopted a resolution allowing nominations for specific positions to bypass a committee and go to the full Senate for a vote. The committee still collects background, however. And if a single senator objects to the expedited process, the nomination goes to committee as usual.

In some circumstances not normally associated with a new president’s initial Cabinet appointments, the president may fill vacancies in executive branch positions temporarily. One way is through a recess appointment.

The Constitution empowers the president to make this sort of limited-term appointment to fill a vacancy without Senate confirmation when that chamber in recess. Recess appointments, however, expire at the end of the Senate’s next session.

President Obama’s controversial use of recess appointments culminated in a unanimous Supreme Court ruling in June 2014 that he violated the Constitution in making three appointments to the National Labor Relations Board during a brief Senate recess in 2012. Not only were Obama’s appointments unconstitutional, but so were board decisions involving those appointees.

In the high court’s first-ever decision on the breadth of the president’s power in making recess appointments, the justices said such appointments must be made during a Senate recess lasting at least 10 days. And if the Senate says it is in session, the court ruled, it’s in session.

Historically, the Senate has confirmed most presidential nominations, but “in rare instances” a vote to confirm a major appointment has failed on the Senate floor.

Opposition from one or more senators may prevent a floor vote because the Senate cannot schedule the vote absent unanimous consent.

To overcome a filibuster, the Senate may “invoke cloture”—voting to limit debate and proceed to a floor vote.

Traditionally, this required support from at least 60 of the 100 senators; in 2013, however, Democrats circumvented the rules with the nuclear option to require only a simple majority of those voting—51 in most cases. The only exception: a nomination to the Supreme Court.

The same simple majority is needed to confirm a nomination. In the case of a tie, the vice president casts the deciding vote.

At this writing, the Senate has rejected only nine of a president’s Cabinet nominations. Four were made by embattled Whig-turned-Independent John Tyler in 1843 and 1844, including choices for secretary of war and treasury secretary.

In 1834, Democrat Andrew Jackson became the first president to lose a major confirmation fight when the Senate rejected his recess appointment of Roger Taney as treasury secretary by a vote of 28-18.

In 1868, the Senate rejected Democrat Andrew Johnson’s nomination of Henry Stanbery as attorney general, 29-11. Stanbery sought to regain the post after resigning to defend Johnson in his impeachment trial.

In the past 100 years, the Senate has rejected three nominations, all from Republican presidents:

Calvin Coolidge’s choice of Charles Warren for attorney general, by votes of 41-39 and 46-39.

Dwight Eisenhower’s choice of Lewis Strauss for commerce secretary, by a vote of 49-46.

Senators, Not Senate Rules, Are the Problem