WASHINGTON—The Heritage Foundation announced Monday that it has selected the Defense of Freedom Institute for Policy Studies (DFI) as a recipient of the Heritage Innovation Prize. The organization will receive a $100,000 award in support of its work to expose the Biden administration’s refusal to counter the threat posed by the Chinese Communist Party (CCP), particularly the regime’s efforts to influence and take advantage of universities and research institutions in the United States.

The CCP has long worked to exert increased influence over America’s education institutions, especially universities with a heavy research component. The Biden administration has put China’s malicious goals even closer within reach by ending the Trump-era China Initiative that helped root out CCP espionage operations and by shutting down investigations of universities that fail to disclose generous gifts from, and contracts with, the CCP and its proxies.

DFI is stepping into the gap to expose the CCP’s growing influence in American education and push back against the Biden administration’s dereliction in stopping it. Given its unique experience and on-staff expertise, DFI will use the Innovation Prize to help advance its oversight of, and legal challenges against, the administration, forcing Biden officials to be transparent about why they terminated the China Initiative, which special interests played a role in its demise, and the universities that have benefitted from CCP largesse.

Heritage President Kevin Roberts released a statement on Defense of Freedom’s selection for the prize:

“There is no greater foreign threat to our values, our institutions, and our American way of life than the Chinese Communist Party. That threat is made all the more deadly by bureaucrats and academic elites who have politicized our national security for the sake of research dollars. It is vital that we expose who is working with the Biden administration to weaken our policy towards the CCP and hold those people accountable; whether they’re in government, academia, or the private sector. Heritage’s own Oversight Project will no doubt help support this work, as well. But someone must lead the way, and I know the experts at the Defense of Freedom Institute are the patriots we need for this moment.”

Bob Eitel, president and co-founder of the Defense of Freedom Institute, also released a statement:

“The People’s Republic of China—in reality, the Chinese Communist Party (CCP)—seeks to displace the United States as the world’s most powerful nation and is leveraging its financial ties to America’s educational institutions to support that strategic goal. Yet, in the face of this bid to eclipse American power, the Biden administration has inexplicably closed the federal investigations meant to keep the CCP’s influence in check. Since launching in 2021, DFI has worked to expose the Biden administration’s weakened oversight of efforts by the CCP and its proxies to use generous gifts and contracts to unduly influence our universities, colleges, and schools. We are honored to receive The Heritage Foundation’s Innovation Prize, which will ensure that our critical work in this area continues.” 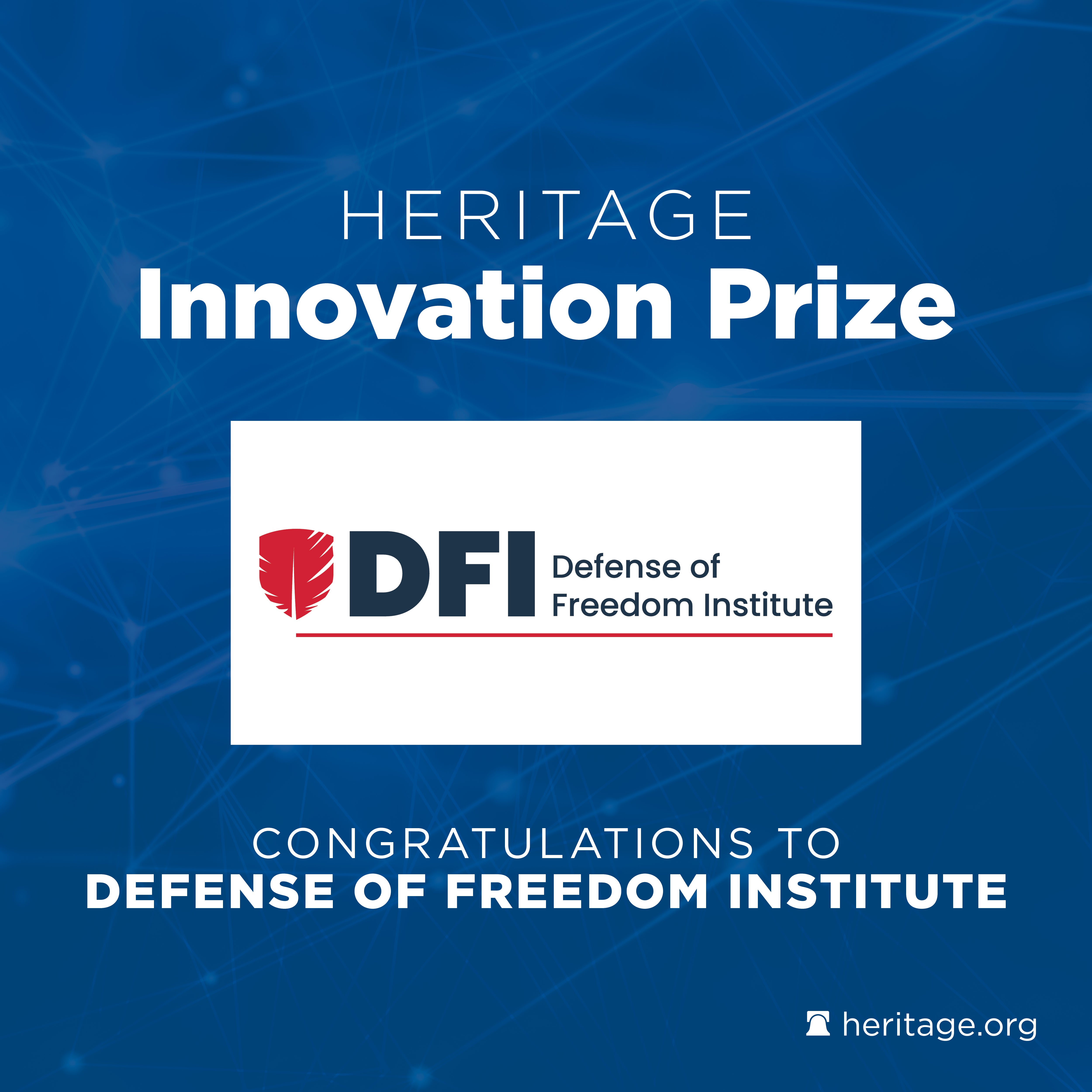