Testimony before the Energy and Commerce Committee, U.S House of Representatives on April 22, 2009

I want to thank the members of the Energy and Commerce Committee for this opportunity to address you concerning the economic impacts of cap-and-trade policies.

What Is the Problem with Carbon Dioxide (CO2)?

Carbon dioxide is not a toxin, is not directly harmful to human health, and is not projected to become so--even without legislative or regulatory action. CO2 is fundamental to all known forms of life. Indeed, studies show that increased CO2 levels are beneficial for crop production.

Nevertheless, driven by concern that increasing levels of CO2 (and other greenhouse gasses) will lead to a warmer world and cause environmental damage, there have been calls to significantly restrict emissions of all greenhouse gasses, but especially CO2. Among the proposals to reduce CO2 levels are carbon taxes and cap and trade.

The typical cap-and-trade proposal seeks to reduce CO2 emissions by 60 percent to 80 percent by 2050 where the comparison year is usually 2005. The Center for Data Analysis at The Heritage Foundation did an analysis of the costs of meeting the goals of the Lieberman-Warner bill, S. 2191, last spring. The report on this analysis is attached.[1]

Our analytical models are not suited to making projections beyond 2030. Nevertheless, the economic impacts of this cap-and-trade program in just the first two decades were extraordinary. The estimated aggregate losses to Gross Domestic Product (GDP), adjusted for inflation, are $4.8 trillion. By 2029 the job losses in the manufacturing sector will be nearly 3 million. This is over and above the nearly one million manufacturing job losses that most economists predict will occur even in the absence of global-warming legislation.

The manufacturing job losses are shown in an attached chart taken from a study of an EPA mandated 70 percent cut in CO2.[2] Also attached is a map showing the relative importance of manufacturing to a state's economy.

Some of the workers forced out of manufacturing will find employment in the service sector, but overall, the economy loses jobs. In some years, this overall job loss exceeds 800,000.

Note: Current law already has many provisions for curtailing CO2 emissions. They range from local renewable-portfolio mandates to increased nationwide Corporate Average Fuel Economy (CAFE) standards to subsidies for ethanol production. While the reductions in CO2 emissions are included for the purposes of meeting the emissions targets, the considerable cost of these programs is not included in our analysis. This is because the costs are attributable to existing legislation and will occur even without additional laws or regulations. Of course, if they were included, job and GDP loss totals would be even higher.

Why Is It So Costly?

The cap-and-trade schemes, as well as more straight-forward carbon taxes, limit emissions by making energy sufficiently more expensive that they cut their energy use. In addition to the direct impact on consumers' budgets for electricity, gasoline, heating oil, and natural gas, these higher energy costs force cutbacks on the production side of the economy and lead to lower output, employment, and income.

It is important to note that these losses occur after consumers, workers, and businesses have adjusted as well as they can to the higher energy costs. After adjusting for inflation, household energy prices will rise 29 percent above the business as usual prices, even though consumers will have switched to smaller cars, moved into more energy efficient houses, and made greater use of public transit. The lost comfort, convenience, and satisfaction of making these changes are not included in our calculation of economic impacts, though the costs would be very real.

Production drops even though firms will have adopted more energy efficient technologies and processes. To reiterate, the trillions of dollars of lost GDP and the hundreds of thousands of lost jobs occur even after homes and businesses have made the switch to greener methods. The hoped-for green-job gain is a mirage.

Attached is a copy of a page from a 1945 issue of Mechanix Illustrated. It shows a cyclist pedaling a jerry-built generator to power hair dryers in a Parisian beauty salon. Though not the sort of green job that is currently talked about, this human-powered generator illustrates why costly energy policies are not a stimulus.

A person on a bicycle generator would do very well to average 150 watts of output during a day. At this level, a modern-day cyclist/generator could produce electricity worth 10-15 cents per day at retail prices. With sufficient subsidies, people could be induced to power such generators and the proponents could then point to the "green " jobs that have been "created." What is not seen is the value of the cyclists' forgone output elsewhere. Even at minimum wage, the value of the labor is $52.40 per day. So each human-powered generator would shrink the economy by over $50 per day. This is not an economic stimulus.

Alternative energy schemes that require subsidies or that require protection from competing with conventional sources of power cannot be economic stimuli--their output is worth less than their inputs. An industry whose inputs cost more than its output is making the economy smaller and will necessarily reduce overall income.

Implementing a cap-and-trade program to cut emissions by 70 percent creates a transfer within the United States that is equivalent to taxes on the order of $250 billion to $300 billion per year, just for the years 2012 to 2030. The combined transfer is about $5 trillion in just the first 20 years. This takes the purchasing power from the households and turns it over to the federal government or to whomever the government assigns the rights to the permits for emissions (allowances). This would be one of the largest taxes in the economy--almost twice as large as the highway use taxes.

Because the transfer, in this case, is similar in magnitude to the lost GDP, we need to be clear on the distinction. A cap-and-trade program with an emissions reduction profile similar to that of last year's Lieberman-Warner bill, will cause an aggregate $5 trillion of transfers after it destroys $4.8 trillion of national income (GDP).

In colloquial terms, the pie gets smaller by nearly $5 trillion and then a $5 trillion piece is cut out and redistributed.

Cap-and-trade programs frequently include provisions to protect domestic industries from competition with firms in countries that have not adopted similarly costly mechanisms for reducing CO2. While the intent is certainly understandable, the provisions create the possibility of a protectionist wolf in global-warming clothes.

Putting these protectionist policies into operation is a bureaucratic nightmare. Every product from every country will need to be judged to determine the level of advantage it may have due to different carbon-cutting regimes. Since different countries can have different approaches and since different manufacturers can use different technologies and processes, assigning an offsetting CO2 tariff will necessarily involve arbitrary decisions. The potential for a trade war is very real.

Analysis by the Environmental Protection Agency (EPA) shows that a 60 percent reduction in CO2 emissions by 2050 will reduce CO2 concentrations by only 25 ppm in 2095. This reduction would affect world temperatures by 0.1 to 0.2 degrees C. In other words, it makes virtually no difference.[3]

The Center for Data Analysis at The Heritage Foundation analyzed a proposal to cut CO2 emissions by 70 percent. Such a cut would have little impact on global temperatures. At best, the trade-off is trillions of dollars in lost income and hundreds of thousands of lost jobs versus a fraction of a degree change in average world temperature 85 years from now. 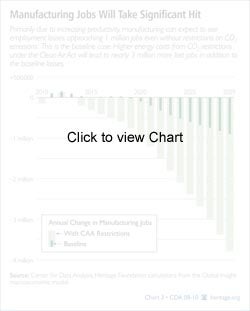 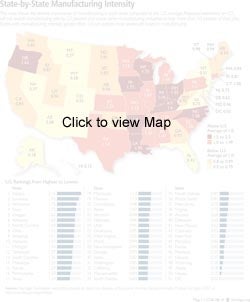 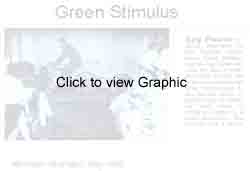 [3]According to the EPA, Lieberman-Warner would lower CO2 emissions from 719 ppm to 694 ppm. See U.S. Environmental Protection Agency, Office of Atmospheric Programs, "EPA Analysis of the Lieberman-Warner Climate Security Act of 2008," updated on May 5, 2008, p. 192, at http://www.epa.gov/climatechange/downloads/s2191_EPA_Analysis.pdf (May 3, 2009). Further, the IPCC says the most likely temperature response for each doubling of CO2 is 3 degrees C. The likely range is 2-4.5 degrees C for each doubling of CO2. These numbers are from the Fourth Assessment Report of the Intergovernmental Panel on Climate Change, "Climate Change 2007: The Scientific Basis: Summary for Policy Makers," March 26, 2009, p. 21, at http://ipcc-wg1.ucar.edu/wg1/docs/WG1AR4_SPM_
PlenaryApproved.pdf (May 3, 2009).

Therefore, the EPA and IPCC numbers predict Lieberman-Warner's impact on world temperature would likely be between 0.1 and 0.23 of a degree, with the most likely difference being 0.15 of a degree C.

High Inflation: The Gift That (Unfortunately) Keeps on Giving This Thanksgiving