Since it was born in 1775, even before the birth of the nation itself, the Army has always responded to fight our wars, provide disaster support, build dams and levees, enforce desegregation, and help partner nations develop their own armies.

As one of the largest organizations in the world, the U.S. Army has provided millions of Americans the opportunity for advancement, individual development, and progress without regard for socioeconomic standing, race, gender, or background. Countless numbers who have served have gone on to higher education using the education benefits, such as the GI Bill, provided by a grateful nation.

Does the Army always get it right? Like most large organizations, the answer is no. Despite its best efforts, the Army occasionally botches things.

For example, the Chemical Corps, the branch I served in, helped set up tests where soldiers were exposed to nuclear blasts in the 1950s. The record of the Army’s interaction with Native Americans in the West is similarly checkered. But these are by far the exceptions.

Never was the “can do” spirit of the Army more evident to me than in 2011 when I was serving in Iraq as the deputy commanding general for support. The U.S. was facing an agreed-upon deadline to have every service member and piece of military equipment out of Iraq by Dec. 31, 2011.

Simultaneously, negotiations were underway between the Obama administration and the al-Maliki government to allow as many as 24,000 service members to remain in Iraq to help train and assist Iraqi forces.

As June turned to July and then to August, there was still no word whether all U.S. Forces would be required to leave. People on the ground were getting nervous.

Complicating the situation was the fact that the Army and the other services had essentially spent 2003 to 2010 moving thousands of tons of equipment, supplies, vehicles, and gear into Iraq. The problem was enormous, the piles of equipment vast.

In mid-July 2011, there were still 46,000 troops on the ground on roughly 50 bases with tens of thousands of vehicles and 13,000 containers of supplies. I remember one 20-foot-long container we opened was filled with nothing but sets of checkers, chess, and Monopoly games from top to bottom.

As August turned to September, still with no final word on how many people we might leave in Iraq, I was doing numerous news interviews.

In the course of the interview, I would inevitably be asked, “Is it really going to be possible to get all these people and stuff out of Iraq in time?” I would always answer, “When the chips are down, never bet against the U.S. Army.”

On Oct. 21, at long last word finally came that everybody was being pulled out, there was going to be no agreement, and nearly every single person and thing not nailed down needed to be removed.

The Army responded like it always does—with its legendary can-do attitude. Convoys driven by young American men and women drove 24-7 to get the equipment out. Truck drivers, fork lift operators, cooks, grunts, and others all worked around the clock together to get the job done.

Culminating one of the biggest logistical operations in decades, on Dec. 18, 2011, two weeks ahead of schedule, the last convoy left Iraq, with all troops and equipment all safely accounted for. 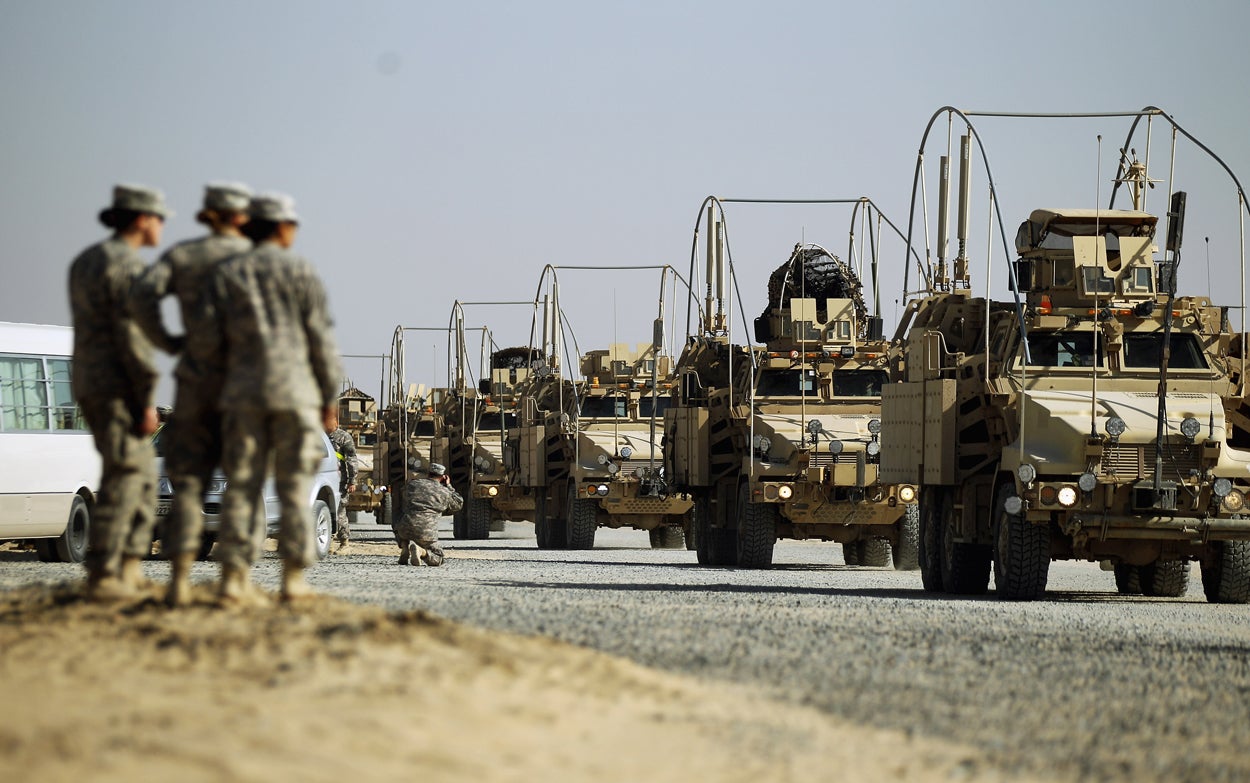 From Valley Forge to Sadr City, the Army has never let the nation down, nor will it ever. For 244 years, it has never been a good bet to bet against the U.S. Army.

Fusion Energy at a Crossroads