Every year when Americans file for their tax returns, the federal government allows them to deduct their state and local taxes, including their property taxes.

That may sound good, but it has the effect of encouraging state and local governments to tax at higher levels.

Instead of having to pay the full cost of their taxes, state and local taxpayers who itemize their deductions can force taxpayers in lower-tax states to pick up a big portion—up to 40 percent—of their taxes.

As a result, state and local lawmakers are quicker to raise taxes beyond the level that is needed to finance their essential services.

On the eve of releasing their proposed tax reform bill, GOP lawmakers are now considering adding a component of the state and local tax deduction—the property tax deduction—back into their plan.

Not surprisingly, this would appease lawmakers in high-tax states like New York, California, and New Jersey who have argued forcefully against eliminating their favored tax preference.

As the below graphic shows, these high-tax states receive a huge portion of the total property tax benefits, while low-tax states like Tennessee and Indiana receive very little from the deduction. 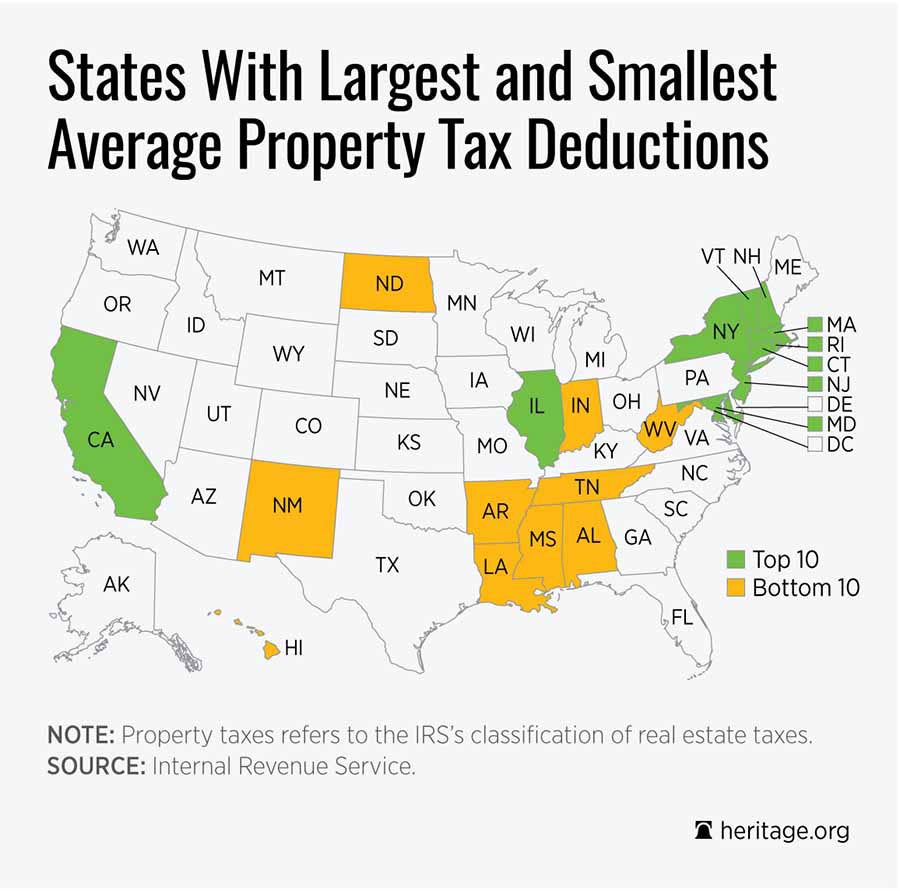 The purpose of tax reform is to help the economy grow and put more money in individuals’ pockets. It’s not to help state and local lawmakers fill their revenue coffers.

If removing the property tax deduction (and other state and local tax deductions) would create a big burden for taxpayers in high-tax states, that’s a problem for state governments to address by lowering their tax burdens.

It’s not the federal government’s job to help high-tax states compensate for their poor policy decisions.