Health Care Choices and Premiums: What’s Going on in District of Columbia

Health Care Choices and Premiums: What’s Going on in District of Columbia

Ed is an expert in health care policy and frequently is asked to help lawmakers design and draft reforms to the health systems.

Since its inception, Obamacare has been, and continues to be, a key driver of increasing prices and decreasing choice in health care.

Over the first five years of Obamacare, 50% fewer insurers offered Exchange coverage in the District of Columbia, from 4 in 2013 to 2 in 2018.

Health care remains a major focus of the public discussion as premium prices rise and choices dwindle. Throughout the summer and into the fall, Obamacare insurers will announce decisions about the prices they want to charge and plans they want to offer next year, submitting them to regulators for review and approval. Many of Obamacare’s defenders blame Republicans for the higher costs and fewer choices we expect to see in these requests.

However, research shows prices have been rising steadily since Obamacare was first implemented, more than doubling in some places because of its failed policies and regulations. The best way to provide relief for Americans struggling under these heavy burdens is to replace Obamacare with free-market solutions that put patients and doctors—not federal bureaucrats—in charge of health care decisions and dollars. The three states that have begun to provide this kind of relief – after being granted federal waivers from Obamacare - are seeing rate reductions. Congress should go farther and make it easy for states to take these actions. 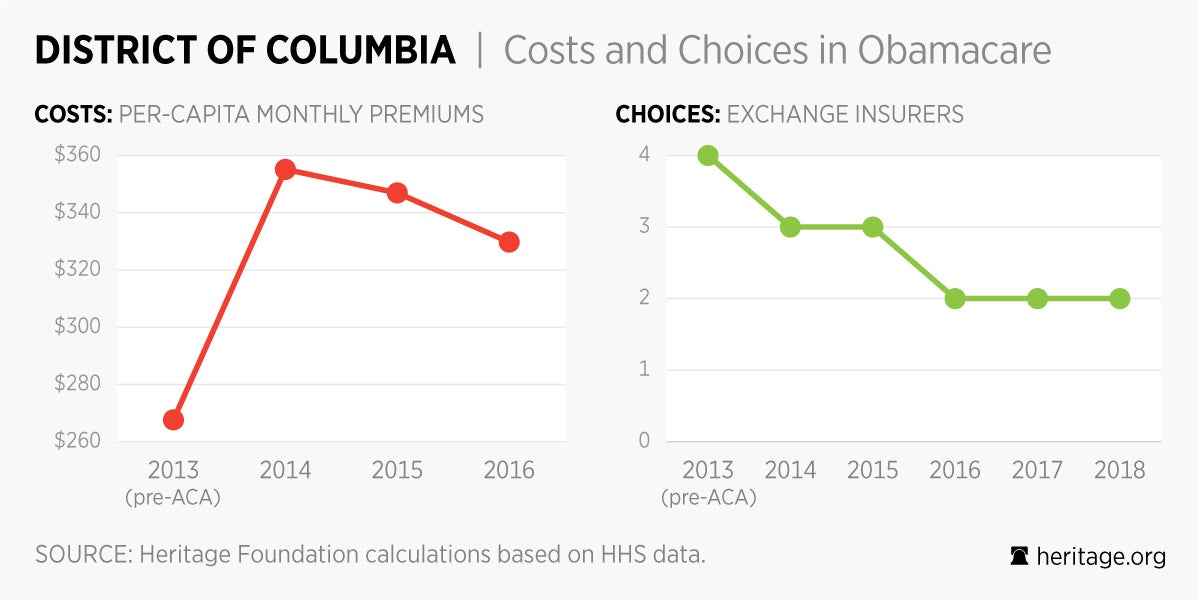 A COVID-19 Vaccine Won’t Save Us, but Improving Our Health Can