Health Care Choices and Premiums: What’s Going on in Alabama

Health Care Choices and Premiums: What’s Going on in Alabama

Since its start, Obamacare has been, and continues to be, a key driver of increasing prices and decreasing choice in health care. Prices have more than doubled in some places because of the law’s failed policies and regulations.  In 2018, there are just two insurers offering exchange coverage in 25 percent of U.S. counties, and there is just one insurer in 52 percent of the nation’s counties.

The best way to provide relief for Americans struggling under these heavy burdens is to replace Obamacare with free-market solutions that put patients and doctors—not federal bureaucrats—in charge of health care decisions and dollars. Conservatives have a plan to do just that, starting with the Health Care Choices Proposal.

The 7 states that have begun to provide this kind of relief – after being granted federal waivers from Obamacare - are seeing or are expected to see rate reductions. Congress should go farther and to empower states to take these actions. 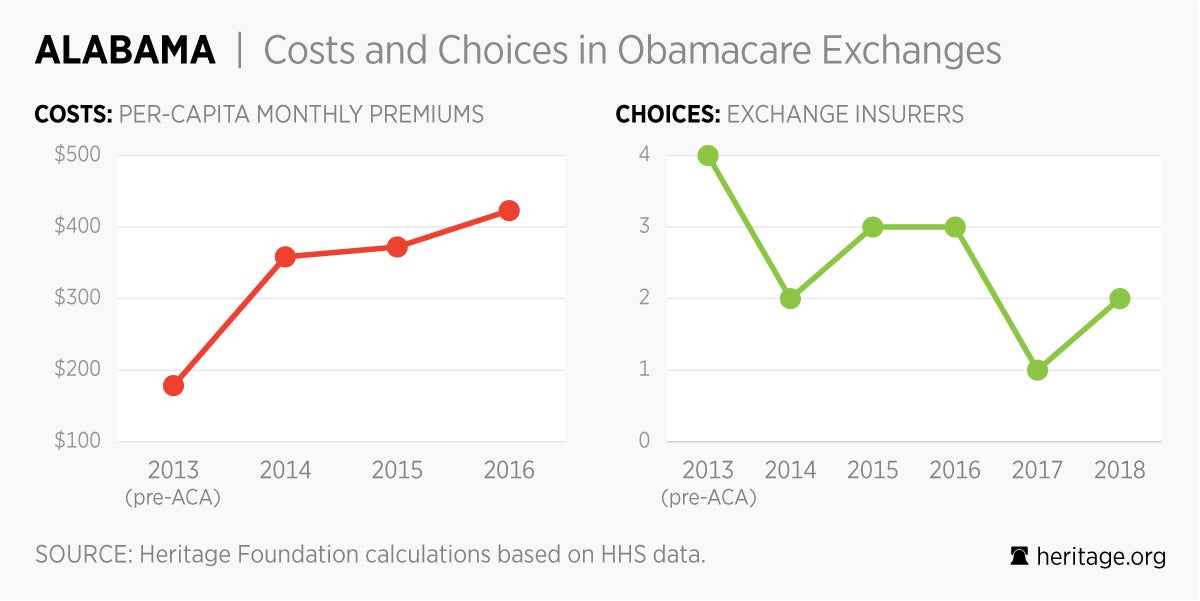