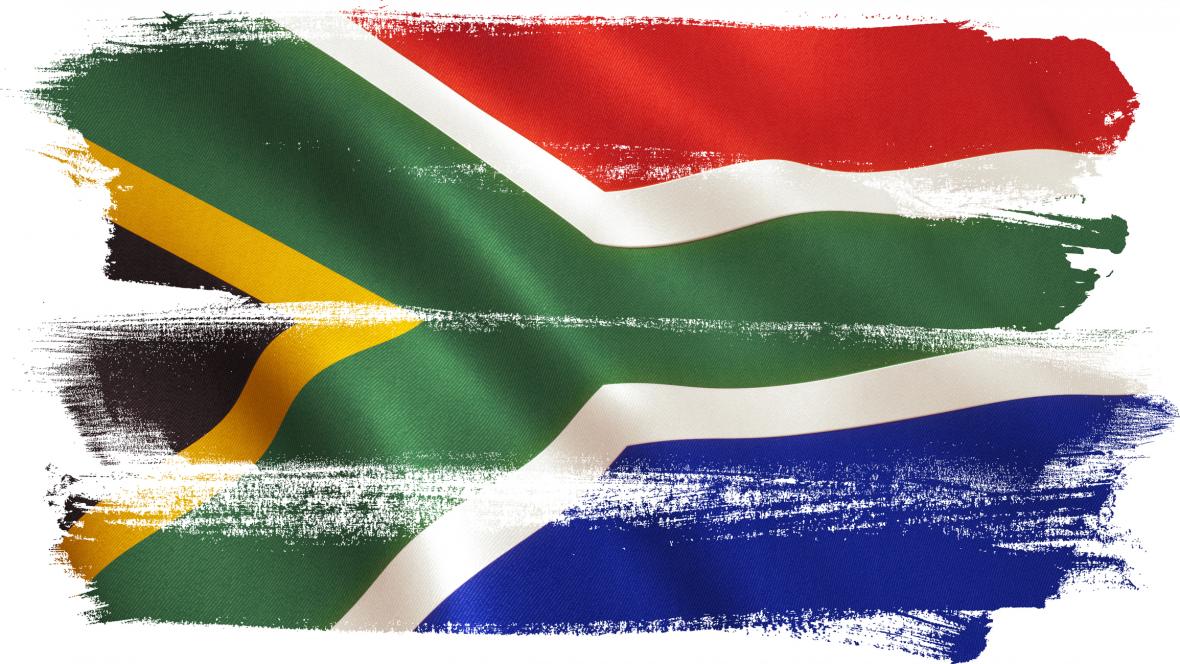 In an effort to make up for past injustice, the leaders of South Africa have proposed taking land from white people and giving it to black people for no compensation.
Copied

TIM DOESCHER: From the Heritage Foundation, I'm Tim Doescher, and this is Heritage Explains.

Apartheid left a devastating mark on South Africa and the world. In 1948, several laws were passed, officially making whites the superior race, and subjected blacks to discrimination in almost every aspect of life. Blacks were stripped of their right to own a business or land in white areas and were forced into using separate schools, transportation and public facilities. Many blacks were denied citizenship and even interracial marriages were forbidden. This lasted for a long 46 years until it was finally overturned in 1994.

Since then, South Africans have built a thriving country with peaceful transitions of power and the strongest economy in Africa, but as in many cases in life, healing from past wounds is not always easy. Throughout the past 24 years since apartheid ended, many proposals have surfaced to make right what was made wrong. One of those is the idea of expropriation or the action by a government of taking private property and giving it to someone else. In this case, it's taking land from whites and giving to blacks.

Last month, the president of South Africa, Cyril Ramaphosa, and the ruling political party, the ANC, took it a step further and announced they will move to amend the South African constitution to allow for expropriation without compensation.

"The ANC will, through the parliamentary process, finalize the proposed amendment to the constitution that outlines more clearly the conditions under which expropriation of land without compensation can be effected. The intention of this proposed amendment is to promote redress, advance economic development, increase agricultural production and food security. It will also transform the unjust spatial realities in urban areas." - Cyril Ramaphosa, President of South Africa

DOESCHER: Now, this announcement sent the international press into a frenzy, and even President Trump weighed in on Twitter.

DOESCHER: Where does South Africa currently stand on this? How much land, if any, has been taken? Is it even possible to do this in a fair manner while at the same time accomplishing the goal of making up for past wrongs? We asked Joshua Meservey, a senior policy analyst focusing on Africa and the Douglas and Sarah Allison Center for Foreign Policy here at the Heritage Foundation to explain. Josh, thank you so much for joining us.

JOSHUA MESERVEY: Thanks for having me. Appreciate it.

DOESCHER: Before we get into the current issue of expropriation without compensation, can you give us a sense for how this has developed since apartheid ended in 1994?

MESERVEY: Land issues have always been contentious in South Africa, including, as you referenced, since the end of ‘94. The reason being is that land distribution is hugely skewed in South Africa, primarily as a legacy of apartheid because under the apartheid system, blacks were dispossessed of their land. They were shoved into these Bantustans or settlements as they were known and whites were given lands. Now a lot of those inequities still persist where there's outsized land ownership among whites and still very little among blacks.

MESERVEY: Land expropriation is in the constitution that was promulgated after the fall of apartheid. The key to the clause there is that it's not without compensation. It's expropriation but with fair and just or equitable compensation is the rubric under which they have approached land reform issues. Now, some land has actually been expropriated under that clause, but it's very little and generally, it has been a willing buyer, a willing seller model. Meaning, whomever has their land taken has been willing to sell it. This is new because it's expropriation without compensation, so it's a much more aggressive, much more draconian approach to this land reform issue.

DOESCHER: A few weeks back in response to this, President Trump tweeted, and this is probably why a lot of people know about it, he tweeted, “I have asked Secretary of State Pompeo to closely study this South Africa land and farm seizures and expropriations and the large scale killing of farmers.” Many have said he is oversimplifying a very complicated issue. What say you, and has any land been taken without compensation yet and have there been killing of farmers? Where is he getting that?

I have asked Secretary of State @SecPompeo to closely study the South Africa land and farm seizures and expropriations and the large scale killing of farmers. “South African Government is now seizing land from white farmers.” @TuckerCarlson @FoxNews

MESERVEY: Twitter does not lend itself to nuance or in-depth discussions obviously.

MESERVEY: Yeah, I know that's a newsflash for you and all of our listeners here. Yeah, this is a very difficult and complex issue. There's two issues here. There's land expropriation and then there's the killing of white farmers. Now they're linked, but they are separate. The killing of white farmers, absolutely white farmers have been killed. Now the point of debate is have they been targeted because they're white? Is this a systematic campaign with government complicity, which is some of the charges you hear, or is this just part of South Africa's, unfortunately, very crime-ridden culture? There's a lot of violence in South Africa. It's a beautiful country. I've been there any number of times, but you have to be very, very careful about where you go and what you do.

I suspect that the numbers that you get on white killings from the government are probably a little understated, and the numbers you get on white killings from some of the white advocacy groups are overstated probably. That's my guests. These numbers are very contentious. It's impossible, frankly, to know for sure. You just have to choose who you're going to believe, so I try to split the difference basically.

DOESCHER: What about taking land without compensation?

MESERVEY: The reason that's linked to the white issue is because, as we discussed earlier, whites own most of the land, including most of the farmland. This expropriation will absolutely target whites. One of my concerns, and perhaps we'll get into this a little bit later, but with this expropriation is that it was introduced in parliament by a party called the Economic Freedom Fighters. The name is ironic because they're Marxists and they believe in government ownership of everything essentially, and they are absolutely radical, and they very much have whites on their mind when they talk about expropriation. Again, given the realities of landownership, it will be white land that's taken, but there's a certain malevolence to the EFF and their perspective on whites. That's one of the great concerns.

There have been no expropriations without compensation to this point. That has not happened. There are rumors about two game farms that might be getting caught up in this. Again, very hard to discern what's actually going on. You hear different things. There have been lists circulated that supposedly are from the government of white farms that are going to be seized, and that's advocates on the white side of things. Whites are a monolith on this. There's difference of opinion among the white community as well, but for white advocacy groups, they will say this is proof that the government is coming after a lot of white land.

DOESCHER: I'm starting to pick up on a trend that there's a lot of uncertainty here, and typically when there's uncertainty, political games are being played. I recently read that President Ramaphosa might not even be serious about doing expropriation without compensation, but rather he's using this to keep his party in power. How would you respond to that?

MESERVEY: There's absolutely a political element to this. One of the reasons we know that is, again, there is land reform covered in the constitution. It hasn't been sufficient obviously and it's been very slow and it's been dogged by all sorts of problems, but it's there, so there is a mechanism for doing it. The ANC, which is the ruling party, its popularity has been sliding dramatically over the years and, unfortunately, land being such an evocative and emotional issue makes it a perfect opportunity for the ANC to whip up some favor with its base, which are the poor black community.

MESERVEY: I think it's the willing buyer, willing seller model. Of course, in the US, we have expropriation, eminent domain, but that's a very different thing. That is done … Okay. It's controversial even in the US, but there's a process around it. There's a legal process. There's restitution. It's done in limited circumstances. It doesn't target any particular class or race or anything like that. It's very different. All governments recognize that they have the right to take land in certain situations, in very circumscribed situations, and they should be as circumscribed and as rare as possible.

DOESCHER: What should the proper US response be to this?

MESERVEY: It's hard. The US only has limited leverage in a situation like this where it's mostly about domestic politics in another country. Again, this is a very emotional issue and there are very strong passions among the South African populace on both sides of it, and understandably so. There is a history of injustice here under the apartheid regime that's decades old, and South Africa hasn't healed those wounds. This is the very difficult situation the US is grappling with.

I think what the US should be doing is approaching the South African government as a friend and saying, “Look, we have these concerns about expropriation without compensation. We think that these would be the potential economic repercussions, which would be very negative, and we don't want that for you, and you don't want that. How can we help you with these other land reform efforts that you've tried, this previous model that hasn't gone well?”

Maybe there is opportunity there for the US to help with technical capacity or something of that nature and help them with the willing buyer, willing seller model, which has far fewer of the risks associated with it, that expropriation without compensation does, that will be far less divisive to the national makeup of that country where you already have profound cleavages between the various classes and races. Expropriation without compensation is very risky, almost certainly going to end badly, and the US should be trying to persuade the South Africans and helping them find a different solution.

DOESCHER: Josh, thank you so much for joining us.

MESERVEY: Thanks for having me. Appreciate it.