Public Diplomacy in the Trump Administration

Today's event will look at reorganization of Public Diplomacy in the Trump administration to make U.S. messaging to the world it more effective. 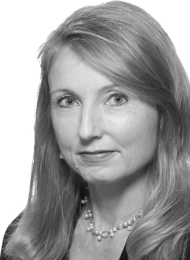 Public diplomacy in the era of President Trump has been a subject of much conjecture. It has focused, to a great extent, on the president’s promise to “Make America Great Again” and how that idea is received around the world. Yet, little factual information has come out about the significant changes in Public Diplomacy’s place within the Department of State. Under Secretary of State Mike Pompeo, streamlining and reorganization has been taking place. Most notably, State’s Public Diplomacy and Public Affairs Bureaus have merged to form a Bureau of Global Public Affairs, whose mission is simultaneously to “serve the American people by effectively communicating U.S. foreign policy priorities and the importance of diplomacy to American audiences, and engaging foreign publics to enhance their understanding of and support for the values and policies of the United States.” Furthermore, some priorities have shifted to align priorities with President Trump’s National Security Strategy. In order to examine and analyze these changes, The Heritage Foundation will host a discussion with some of the key players in the Trump Administration’s Public Diplomacy work.

Russian War Games an Opportunity for Biden on World Stage

The U.S.-UK Special Relationship After the Fall of Kabul