He also spoke about the intersection of free markets, economic growth, and environmental protection—principles shared by Heritage Foundation policy experts.

“As the Cabinet secretaries will tell you, from the very beginning, I have given them clear direction to focus on addressing environmental challenges so we can provide the highest quality of life to all Americans,” stated Trump during his introduction. “That means … implementing pro-growth policies to unlock innovation and new technologies, which will improve American life and America’s environment.”

Trump cast aside the idea that government “fix-all” solutions proposed by the left, such as the Green New Deal, would help the environment. Those proposals would massively expand Washington’s control of Americans’ lives. Trump stated that big government policies and heavy-handed regulation from the federal government would kill the economy without making a dent in averting global temperatures.

Heritage research advocates for environmental policies that “achieve meaningful environmental benefits and unleash human ingenuity to be good stewards of our planet,” says Nick Loris, was invited to the White House event. Loris is deputy director of Heritage’s Thomas A. Roe Institute for Economic Policy Studies and the Herbert and Joyce Morgan fellow in environmental policy. 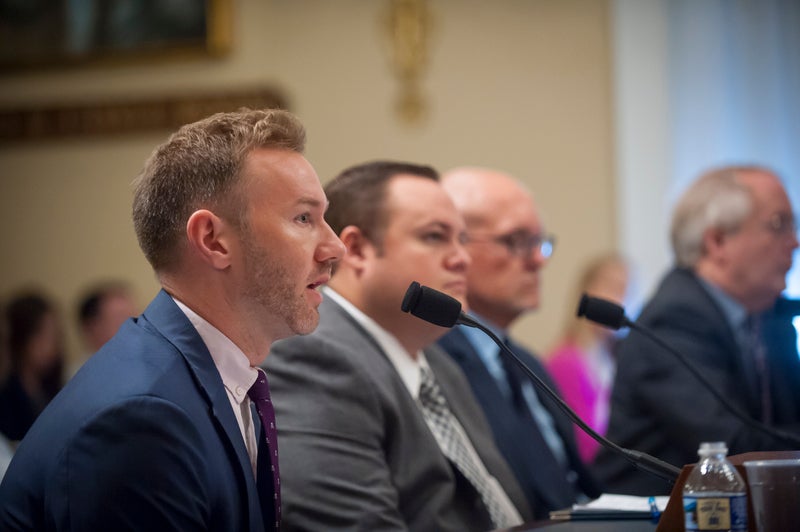 “Rather than a one-size-fits-all approach from Washington, Heritage advances policies that empower state and local governments and the private sector to solve environmental challenges,” Loris said.

Loris praised the president’s assurance to respect the sovereignty of Americans while advocating for free enterprise and limited government that will yield strong environmental returns.