Romina was a leading fiscal and economic expert at The Heritage Foundation and focused on government spending and the national debt.

The national debt jumped by $1.4 trillion in just one short year.

Congress should reform programs that run on autopilot budgets, cut excessive domestic spending, and agree to a budget that balances.

The fact that the national debt jumped by $1.4 trillion in one short year should spur Congress to put an end to this excess. 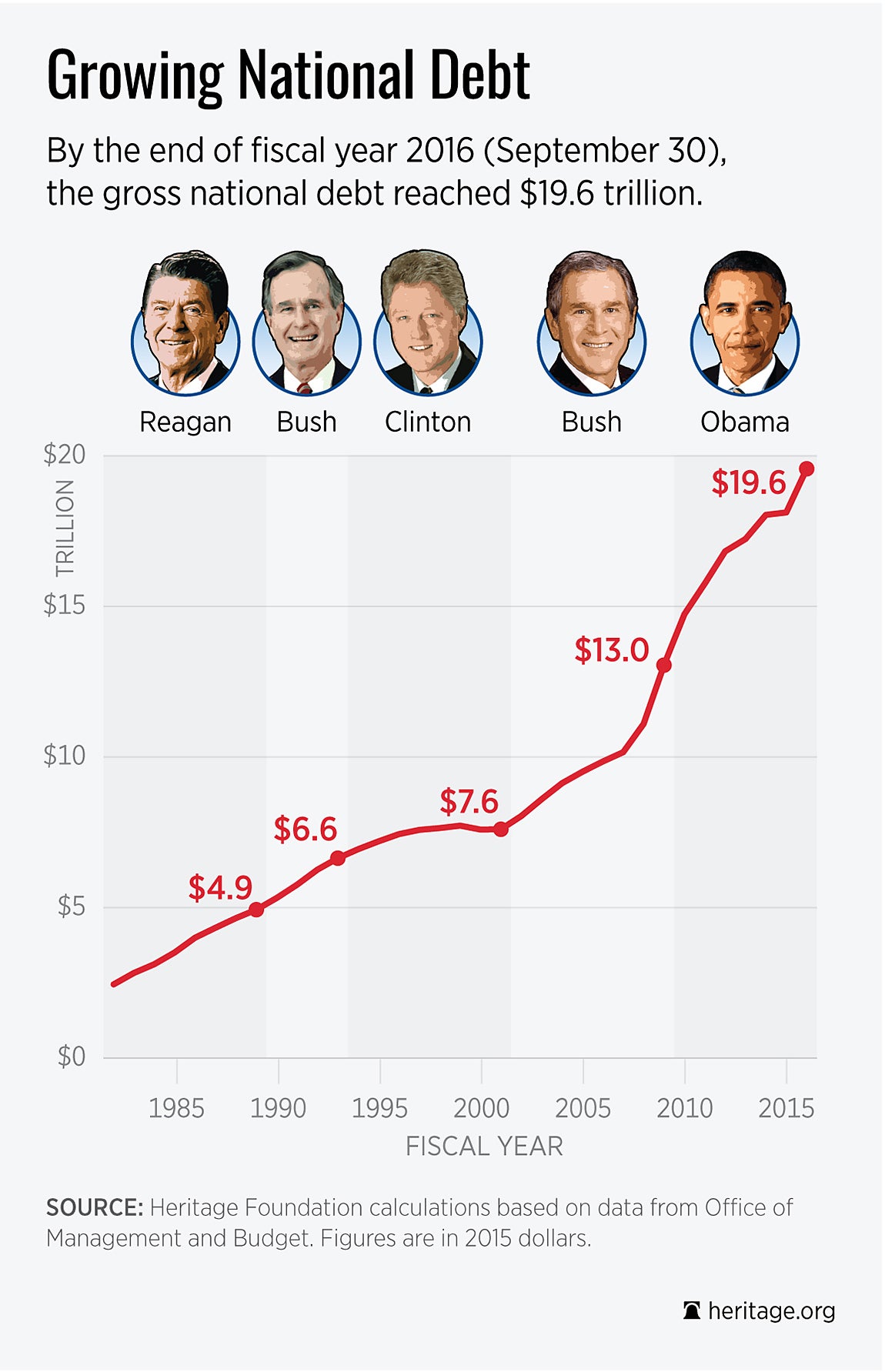 The gross national debt includes intragovernmental debt, or debt the federal government owes to itself—for example, to the Social Security trust fund—in addition to debt held by the public.

Federal debt held by the public, or money the government borrowed in financial markets, rose from $13.1 trillion to $14.1 trillion over fiscal 2016. That’s an increase of $1 trillion.

Federal debt held by the public now exceeds 75 percent of what the economy produced, as measured by gross domestic product. To put this into perspective, debt owned by the public surpassed 70 percent of GDP during only one other time in American history—from 1944 to 1950, due to the large expenditures for World War II.

The debt not only has skyrocketed but is projected to increase as budget deficits rise due to excessive spending. Social Security, Medicare, and Medicaid—three programs affected by the aging and retirement of the baby boomers—are especially key.

These three programs, along with interest on the debt and Obamacare, are projected to make up 83 percent of increased spending over the next decade. To seriously control spending and debt, Congress must alter the authorizing statutes of the programs. 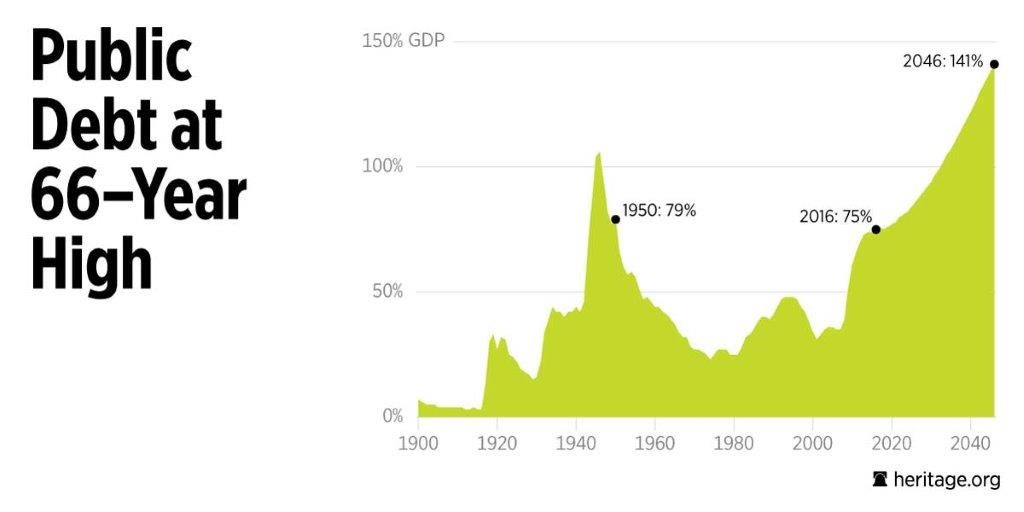 If America continues on this path of unsustainable debt, we likely will face negative consequences such as higher interest costs, slower economic growth, and a greater chance of a fiscal crisis.

According to the CBO, “a large amount of federal debt will reduce the nation’s output and income below what would occur if the debt was smaller.”

We already are experiencing anemic economic growth, as illustrated by the slowest economic recovery in 50 years following the Great Recession.

The debt also presents a security challenge to the United States because it reduces the flexibility of the government to address national threats and crises. Congress must begin immediately to take our debt problem seriously.

With the lame-duck session of Congress beginning after the Nov. 8 elections, however, Americans need to pay extra attention that lawmakers don’t get into budget mischief.

Confronted with the expiration of a short-term spending measure funding government operations through Dec. 9, Congress may try to increase spending on defense and domestic programs.

Lawmakers also are known to use such opportunities where accountability is low to move unpopular legislation, such as extending suspension of the debt limit, set to expire in March.

To control unsustainable spending and debt, Congress should reform programs that run on autopilot budgets, cut excessive domestic spending, and agree to a budget that balances.

A Blueprint for Balance

House Republicans’ Next Opportunity to Drain Swamp by Banning Earmarks