VIRTUAL EVENT: What Is the Potential for North Korea Provocation or a U.S. Summit?

August 12, 2020 VIRTUAL EVENT: What Is the Potential for North Korea Provocation or a U.S. Summit?

Thae Yong-ho
Member, National Assembly of the Republic of Korea, Defector from North Korea, and former Deputy Ambassador of North Korea to the United Kingdom

Followed by a panel discussion with 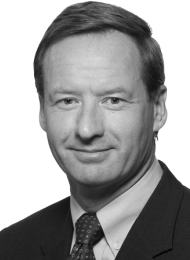 The U.S. and North Korea have both indicated a willingness to hold another summit meeting while downplaying its likelihood. Pyongyang rejects working-level meetings that would lay the necessary groundwork for a detailed agreement, although Secretary of State Michael Pompeo commented that bilateral communication has occurred.

Rampant speculation continues, however, of an abrupt summit to sign a minimalist denuclearization accord or a symbolic peace treaty or North Korea carrying out its threats of a major provocation such as a nuclear or ICBM test.

How should the U.S. interpret recent high-level messaging from North Korea? What are regime objectives and how would they seek to achieve them? How will South Korean President Moon Jae-in seek to repair inter-Korean relations? Would North Korea resume nuclear or ICBM testing or would President Trump agree to another summit before the November election?

Join us for a discussion on these and other topics with a senior former North Korean diplomat and a panel of distinguished experts.