Three guidelines show the proper method for interpreting the Constitution. The first guideline is that the Constitution is a written document. In that sense, it is like a note to a friend, a contract to buy a car, a college exam, or a grocery list. Every time we handle something written by someone else, we first read the words and then try to figure out what the author meant by what the author wrote. This basic method applies when courts interpret laws enacted by Congress or state legislatures. Statutory construction is “the process of determining what a particular law means so that a court may apply it accurately.”23

The second guideline is more specific. Back in 1795, the Supreme Court said that the Constitution “can be revoked or altered only by the authority that made it.”24 What is that authority? The Constitution’s first three words provide the answer: “We the people,” it says, “do ordain and establish this Constitution.”

They did this in two stages. The first occurred between May 25 and September 17, 1787, when states sent delegates to Philadelphia to write it. Second, each state held a convention to decide whether to ratify, or approve, the draft Constitution. Those ratifying states were the authority that made the Constitution the “supreme law of the land.” Amendments that become part of the Constitution go through the same two stages: proposal and ratification.

“Any defensible theory of constitutional interpretation must demonstrate that it has the capacity to control judges.” —ROBERT BORK

This interpretive approach is sometimes called originalism because it focuses on the Constitution’s original meaning as determined by “the authority that made it.” This job can be challenging for several reasons. The main body of the Constitution and most of its amendments, for example, were ratified a long time ago. Constitutional language can sometimes be unfamiliar or awkward to the modern reader.

The Constitution’s provisions have come to us not from a single person, but from groups such as the Framers or, in the case of the amendments, Congress. It may be difficult to settle on what the people understood or intended the Constitution to mean at the time each provision was ratified, but theirs is the only meaning that counts.

The main reason for using any approach other than originalism is simply to make the Constitution mean something other than what its authors intended. Since the 1930s, some legal scholars, judges, and even Presidents who want the Constitution to mean something else have suggested criteria or standards other than originalism. President Franklin Roosevelt, for example, said in 1937 that the Constitution should be interpreted “in the light of present-day civilization.”25 Others have suggested using such vague standards as “distinctive public morality”26 or the “well-being of our society.”27 While originalism is focused on finding the Constitution’s meaning in an identifiable source that is independent of judges, these alternate standards originate solely from judges’ preferences, allowing judges to reach any result that they desire. 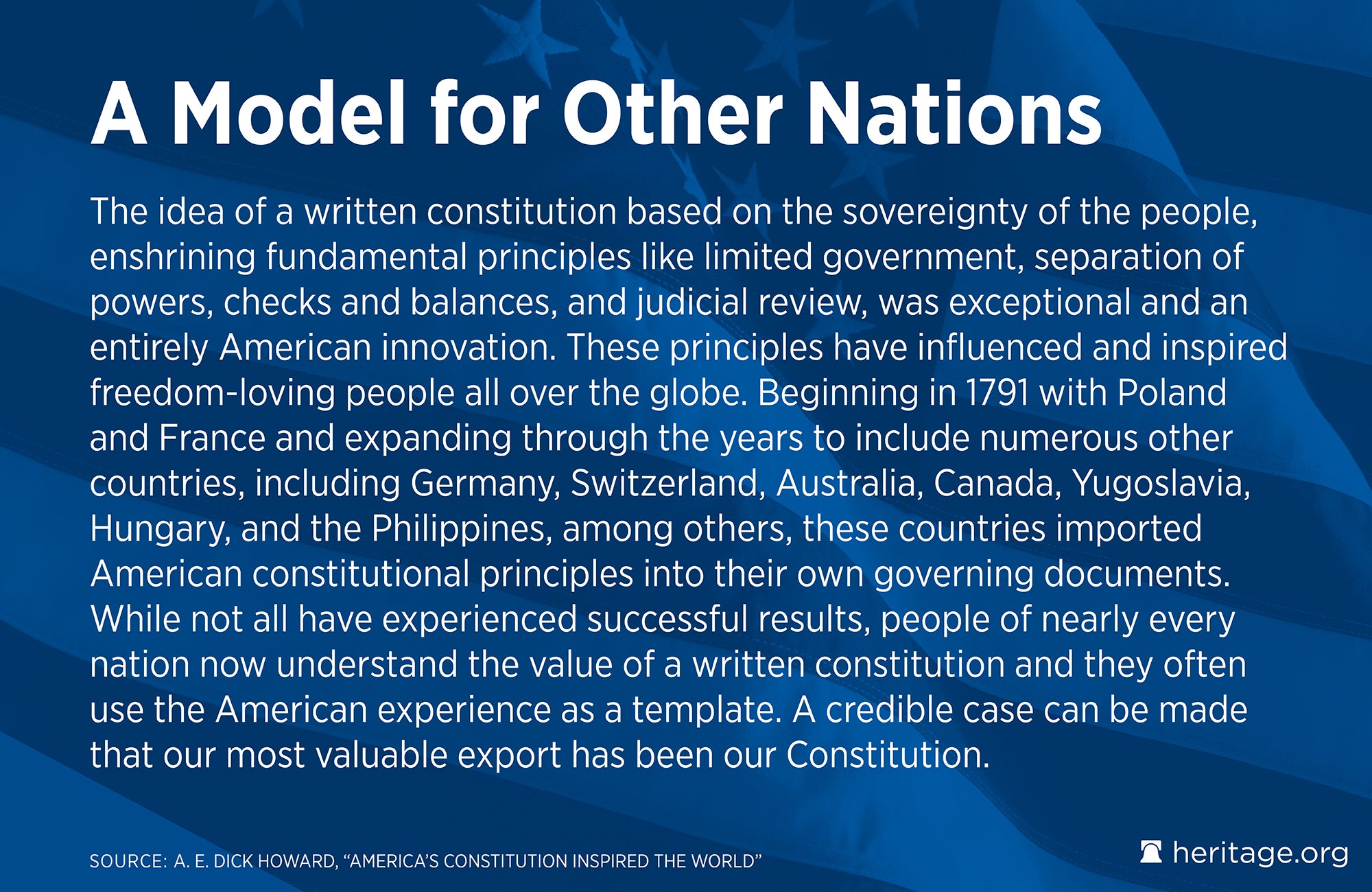 Imagine the chaos if the Constitution’s rules that limit government power meant whatever the government wanted them to mean. Nobody would or should feel safe if that were the case. While the Supreme Court in Marbury v. Madison said the Framers wrote the Constitution down so that its rules for government “may not be mistaken, or forgotten,” any approach other than originalism would treat those rules as if they had been written in disappearing ink.

Why Should the Constitution Matter to You?