51 Imperfect Solutions: States and the Making of American Constitutional Law

Co-hosted by The Federalist Society 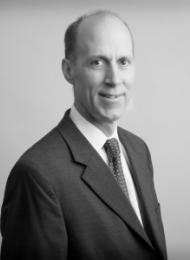 51 Imperfect Solutions addresses four different areas of constitutional law: equal protection, criminal procedure, privacy, and free speech and free exercise of religion. Traditional accounts of these bedrock debates about the relationship of the individual to the state focus on decisions of the U.S. Supreme Court. But these are only part of the story. Judge Sutton corrects this omission by looking at each issue – and some others as well – through the lens of many constitutions, not one constitution; of many courts, not one court; and of all American judges, not federal or state judges. A central conviction of his work is that an under-appreciation of state constitutional law has hurt state and federal law and has undermined the appropriate balance between state and federal courts in protecting individual liberty. Several ideas for reform are also offered to correct this imbalance. Join us for an interesting and lively discussion with Judge Sutton on his new book, followed by comments by Ed Whelan.

The ACLU Loses Its Way

Freedom, If You Can Keep It