The Next Steps for Combatting Terrorist Travel

March 7, 2019 The Next Steps for Combatting Terrorist Travel

In the past few years, the world has seen the dramatic movement of Islamist terrorists to war zones around the world. 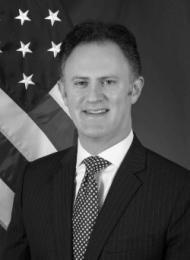 In the past few years, the world has seen the dramatic movement of Islamist terrorists to war zones around the world. While this is not a new phenomenon, the elevated level of terrorist travel to places like Syria and Iraq from many nations in Europe and North America was deeply concerning to many policymakers across the globe. Now as ISIS loses its last stronghold in Syria, similar concerns over returning terrorist fighters must be addressed. The U.S. led the way following 9/11 in its efforts to combat terrorist travel through intelligence sharing programs like the Visa Waiver Program and a revamped vetting system. Other countries are also following suit, with the EU recently implementing passenger name record vetting, but more remains to be done to ensure that terrorists are unable to travel to carry out their violent endeavors.

Please join us for an address and conversation with Ambassador Nathan Sales on the status of the fight against terrorist travel and what needs be done going forward.