Pathways in and out of Islamism: A Conversation with Two Former Extremists

July 16, 2019 Pathways in and out of Islamism: A Conversation with Two Former Extremists

The political ideology of Islamism may not have its origins in the West, but in recent decades it has proven attractive to many individuals living there. 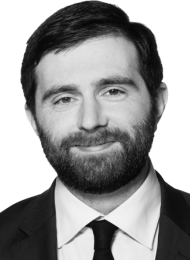 The political ideology of Islamism may not have its origins in the West, but in recent decades it has proven attractive to many individuals living there.

Not only have Westerners joined terrorist groups such as al-Qaeda or the Islamic State, but political Islamist organizations such as the Muslim Brotherhood and Jamaat-e-Islami have also used the West as a base from which to recruit, fundraise and proselytize.

Thankfully, many eloquent and important critics have emerged among those who were once immersed in Islamism but now reject its teachings. This event features personal testimonies from two such individuals: one from the U.K. and one based in the U.S.

Maajid Nawaz was a leading member of the revolutionary Islamist group Hizb ut-Tahrir and former Amnesty International prisoner of conscience while detained in Egypt. He has since repudiated the ideology of Islamism, works to counter extremism in all forms, and encourages reform within Islam. Nawaz is an acclaimed author, columnist and broadcaster, and stood for the British Parliament in 2015.

Mohammed Khalid was just fifteen when, in 2011, he became the youngest person ever prosecuted for terrorism offenses in the U.S. Turning away from Islamism while in jail, since his release he has dedicated himself to countering the ideology that led to his imprisonment.

If Biden Backs the Blue, Why Is His Team Giving a Deal to Terrorists Who Attacked the NYPD?