Phil Truluck was responsible for developing and maintaining the think tank’s physical and intellectual presence on Capitol Hill.

With more than 30 years as The Heritage Foundation’s Executive Vice President and Chief Operating Officer, Phil Truluck was responsible for not only developing and maintaining the think tank’s physical presence on Capitol Hill, but its intellectual presence as well.

That was no easy task. Heritage’s official headquarters on Capitol Hill is 135,000 square feet, houses more than 200 staffers (not including the 60 interns that live in the complex’s apartments during each of the spring, summer, and fall semesters), and produced thousands of research papers since 1977.

But it’s a task Truluck was comfortable performing. In 1977, Truluck, a long-time associate of former Heritage President Ed Feulner at the Republican Study Committee, became Heritage’s Director of Research. His assignment: to build a new kind of research department that did not then exist in Washington.

“It would take complicated public-policy questions and translate them into concise, credible research papers that would be quickly read by policymakers in Congress and the executive branch,” according to The Power of Ideas, Heritage’s official history published in 1997. “While almost all think tanks now use such a format for policy analysis, Heritage, under Truluck’s guidance was the first to do so.”

Such innovative and high-quality research under Truluck’s leadership, including the landmark Mandate for Leadership in 1980, brought Heritage success and a growing staff of talented researchers. But it also had an unexpected side effect: a headquarters that became more cramped each year.

Heritage had to move to manage its growth effectively. That opportunity came in the early 1980s, when Truluck supervised a small army of contractors to transform what was once a Library of Congress annex at 214 Massachusetts Ave. N.E. into its current Capitol Hill headquarters. “Just a decade after its birth, Heritage became a physical as well as an intellectual landmark in the nation’s capital,” according to The Power of Ideas.

Truluck would repeat that task in 2001, when Heritage acquired the neighboring Capitol Towers apartment building next door at 208 Massachusetts Ave. N.E. in Washington. The 63,000-square-foot building was valued at $8.5 million at the time and owned by Thomas Johnson, a part-owner of the Pittsburgh Pirates baseball team and Heritage supporter.

Johnson’s family donated the building to Heritage, which had been looking to expand for a long time to meet its growing needs. “It took us by surprise – talk about divine intervention,” Truluck told the congressional newspaper Roll Call in 2001. “We had no idea one of our contributors owned the building next door.”

When completed in 2003, the new building did for Heritage what the Louisiana Purchase did for the United States some 200 years before: It doubled the think tank’s physical size, changed its character and increased its power to effectively communicate conservative ideas on Capitol Hill. With the new building, Heritage could provide year-round housing for interns. It now had not one but two auditoriums for events, including the new 230-seat Allison Auditorium on the seventh floor, whose lobby overlooked downtown Washington. The new building also provided state-of-the-art radio and television studios, more conference rooms, office and storage space.

In 2007, Truluck took on another major project: A complete renovation of the building’s façade at 214 Massachusetts Ave N.E. Completed in 2008, the new façade has all new windows, a new entrance vestibule and a new balcony outside Heritage’s Davis Policy Center.

Through his three decades at Heritage, Truluck remained a close friend and colleague of Ed Feulner, its President and fellow Trustee. It’s a relationship not often seen between a CEO and COO at other corporations and has allowed the think tank to draw on their combined strengths. The Power of Ideas explained their business relationship best: “In effect, Phil Truluck became Mr. Inside (the coordinator/implementer) and Ed Feulner Mr. Outside (the visionary/salesman) of The Heritage Foundation.”

Truluck became a member of the Heritage Board of Trustees in 2001. Before joining Heritage in 1977, Truluck served on the staffs of Sen. Strom Thurmond and Rep. Ben Blackburn, and served as deputy director of the Republican Study Committee. He is a founding Director and current Vice Chairman of the Board of Directors of the Center for International Private Enterprise, an affiliate of the National Endowment for Democracy. During 1982 and 1983, he served on the Executive Committee of the President’s Private Sector Survey on Cost Control, also known as the Grace Commission. He also served on the White House Fellows Selection Committee in the Reagan administration. President Reagan also appointed him to the Administrative Conference of the United States in 1987.

Truluck is past Chairman of the Board of the Capitol Hill Business Improvement District, a non-profit organization dedicated to enhancing the Capitol Hill neighborhood for tourists and natives alike. In addition, he is a member of the Awakening, Inc., Board of Directors.

The Medicare Debate: Politics, Process, and Proposals for Reform

Balancing the Budget: Should the Constitution be Amended? Phillip N. Truluck 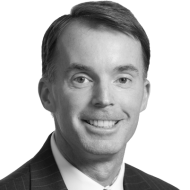