Does the United States Need a Space Force? 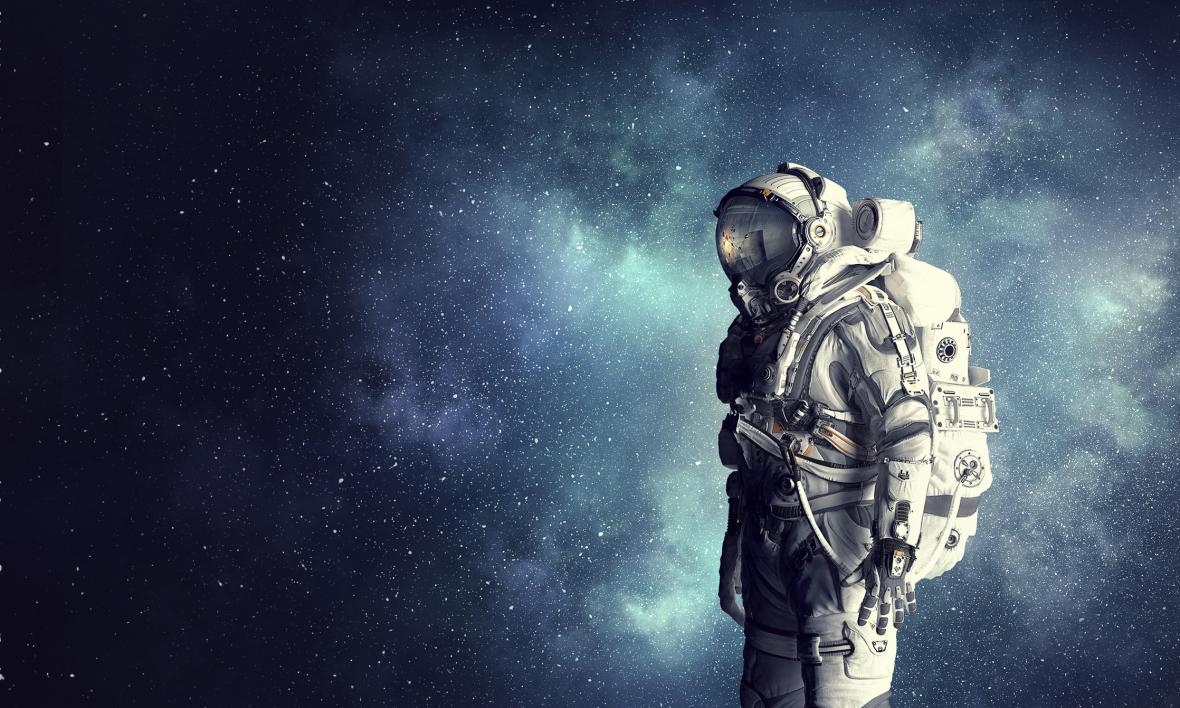 Does the United States Need a Space Force?

Will the world's next big conflict be in outer space? And if so, what would a “Space Force” do?
Copied

On the “Heritage Explains” podcast, Dean Cheng, a senior research fellow in Heritage's Davis Institute for National Security and Foreign Policy, helps break down if the United States needs a Space Force and what this new branch of the military would do.

Michelle Cordero: It was the announcement that every Star Wars super fan dreamed about and its news generated more memes than can be counted.
When it comes to defending America, it is not enough to merely have an American presence in space, we must have American dominance in space, so important. Very importantly I'm here by directing the Department of Defense and Pentagon to immediately begin the process necessary to establish a Space Force as the sixth branch of the armed forces. That's a big statement. - President Donald Trump

And liberals on late night television got a good laugh from the announcement.

But the truth is, Trump's Space Force is no laughing matter. Did you know that our most powerful adversaries already have a Space Force?

In 2015, Russia actually combined their Space Force that manages their satellites and associated tracking and control networks with their Air Force and aerospace and missile defense force to create what they now call their Russian Aerospace Forces. That same year China engaged in a massive reorganization of their military which saw the creation of the PLA Strategic Support Force bringing their electronic network, cyber and space warfare forces together into a single service. Shockingly they both also have some basic abilities that we do not.

Dean Cheng: One of the things that the Chinese and Russians at this point can do that the United States can't, is that it can also put an astronaut into space. At this point, ever since we retired the space shuttles we have been hitching rides on Russian rockets in Russian capsules, even up to the International Space Station.

Dean explained to me why the abilities of our adversaries in space affect us in both wartime and peace. Right now there are thousands of U.S. satellites orbiting the Earth. In a time of war, if an enemy was able to interfere with our communication to any of these satellites they could severely affect missile defense and guidance.

Cheng: In peacetime, believe it or not, there's an even bigger set of issues that are involved. If you order something from Amazon and you want to track your package, that's GPS. If you use your credit card at the gas station pump, that's communication satellites and also GPS. So you have the ability, if you can interfere with satellites systems in peacetime, to affect almost every part of your daily life and a huge part of this country's economic system.

Cordero: I asked Dean if he believes that the next big conflict will be in outer space. And if the United States really needs a Space Force.

Cheng: In the next conflict, if it involves a major power or even a mid-size power increasing, it will have operations in space. And by the way, those operations in space while we tend to focus on the really cool images of a kinetic anti-satellite weapon just colliding with and blowing up into fragments, could also include cyber attacks where the satellite turns itself off for example. And a lot of countries are developing that set of capabilities.

So because a lot of people will have the ability to operate in space, because of the importance of space to us, we need to be thinking about that set of capabilities that is encompassed by our space systems. For better or worse, the only way you're going to do that at this point it seems is to have a service, a Space Force if you will, whose job is to be thinking about this. Living, eating, breathing, sleeping space. And thinking about what kinds of systems to acquire and part of that of course is how to pay for it.

Cheng: The other piece to this, the man behind the curtain if you will for services is, a lot of them develop doctrine. That's part of their responsibility as well. To think about not just what am I going to buy, but how do I use it. What are the weaknesses, what are the strengths, how do I compensate for the weaknesses and how do I really exploit the strength.

So we need a Space Force to be thinking about those much harder issues. Not just how do I hit such and such satellite, but why am I doing that.

Cordero: So my next question to you is what should a Space Force do? And I think that answers that question, we don't know yet so until we know what it is we should do, we shouldn't necessarily go and create that.

Cheng: Absolutely. Space, even though the space age began 51 years ago in 1957, in many ways its development has been very slow, much slower than air power. Even in the early days of aircraft, people were already starting to think what do I want airplanes to do. And of course World War I and then World War II really saw the development of things like strategic bombing and fighter sweeps and all sorts of various approaches on how to use air power as part of the bigger military picture.

Space hasn't gone down that path, for a variety of reasons. Partly it was just us and the Soviets for a lot of the Cold War. Part of it is we really would prefer not to foul the nest if you will by creating lots of debris, stuff in orbit tends to stay in orbit for a while. And also there just hasn't been that urgency. But that's rapidly changing. And so we do need a force to be thinking about these doctrine issues, these how to use issues, these strategic objective issues. And that in turn should help us figure out what kinds of things to buy.

Cordero: So the United States has a lot of involvement from the private sector when it comes to space exploration. How much of a role should a group like Space X play into this or should we only be relying on the government?

Cheng: Well one of the things that the Obama administration opened the door to was the use of private companies to do things like resupply the Space Station. And Space X for example, probably the most well known, really got its start when the previous administration opened that door. The Trump administration with space directives one, two, and three has now basically directed the U.S. government to be even more open to commercial space opportunities. And I think that when you look at where innovation tends to come from, where more efficient use of resources tends to come from, tends to come from the private sector. There are certain things, building things like the Hubble, the James Webb Space Telescope probably can only be done by the government. Basic research, there's not much of a profit there, and it's a long term investment.

But when it comes to commercializing something, to making something cheaper, faster, more flexible, that's the private sector. And one of the things that the administration has done now is it has tried to neck-down and streamline the bureaucracy because that's been one of the great obstacles to allowing the commercial sector to really flower with regards to space.

And I'm fairly hopeful that we are going to see the Commerce Department, and the Transportation Department really sort of get on top of how do we create a real one-stop shop. If you want to put a satellite up, if you want to do space tourism, go here, fill out these forms, check these boxes, and hey welcome to virgin galactic.

Cheng: I think that's part of the messaging tour. I'm sure that various countries, some have exploited this as propaganda, it's amusing to me that the Russians and the Chinese point to that and say oh, look at those nasty Americans. Of course, they themselves in their own military documents have talked about space dominance for decades.

But I think that even more important has been the idea that when he's talked about space dominance, it's not just military. That he is talking about an American presence in space that doesn't simply have U.S. Air Force or U.S. Space Force but also simply a commercial vendor. That's I think what he is proposing is that Space X be as ubiquitous as Coca Cola. That when you think about space, it's not that you're thinking of the U.S. government and certainly not the U.S. military, but of corporations bringing you to space as well as bring space to you.

Cordero: Dean in conclusion, can President Trump just order the creation of this Space Force or make things happen? What has to happen next?

Cheng: Well my understanding is that at the end of the day Congress has a very large role. First off, nothing is going to happen if Congress isn't willing to fund it. So the President proposes, Congress disposes. So at the end of the day you're going to have to get through a national defense authorization act that is going to include funding, setting up the organizations, laying out what are the various authorities under Title 10 of the U.S. Code. All of the various and sundry things that keep the thousands and thousands of bureaucrats here in Washington D.C. fully and gainfully employed.

Also, you are going to need to work within the U.S. military to figure out how does the U.S. Air Force, what piece of that, is going to wind up in the Space Force. What part of the Navy, one of the biggest users of space systems, is going to be part of the Space Force. People forget the Army also plays a role. You do a lot of navigation with GPS, you do a lot of weapons guidance with GPS, your communications is across satellites, so they too are going to have an interest in this. So at the end of the day this new entity is going to be in someways a microcosm of the larger D.O.D., Army, Navy, Air Force, Marines establishment. Figure out where the lines are, where the boundaries are, all that still has to be figured out.

Cordero: Thank you so much Dean.

Cheng: Thank you for having me.

As U.S. Space Force Turns 1, Its Trajectory Is on Target

Odds Are We’ve Regained Dominance in Space, But Can We Keep It?

On Its 73rd Anniversary, the Air Force Is Flying Higher Than Ever