WASHINGTON—The Heritage Foundation today released its 2023 trade freedom scores from the “2023 Index of Economic Freedom.” These scores are a vital part of each nation’s economic freedom ranking and are closely watched by economic experts and organizations, including the U.S. Millennium Challenge Corporation (MCC), which has for years used Heritage’s annual trade freedom scores in determining countries’ eligibility for MCC assistance programs. 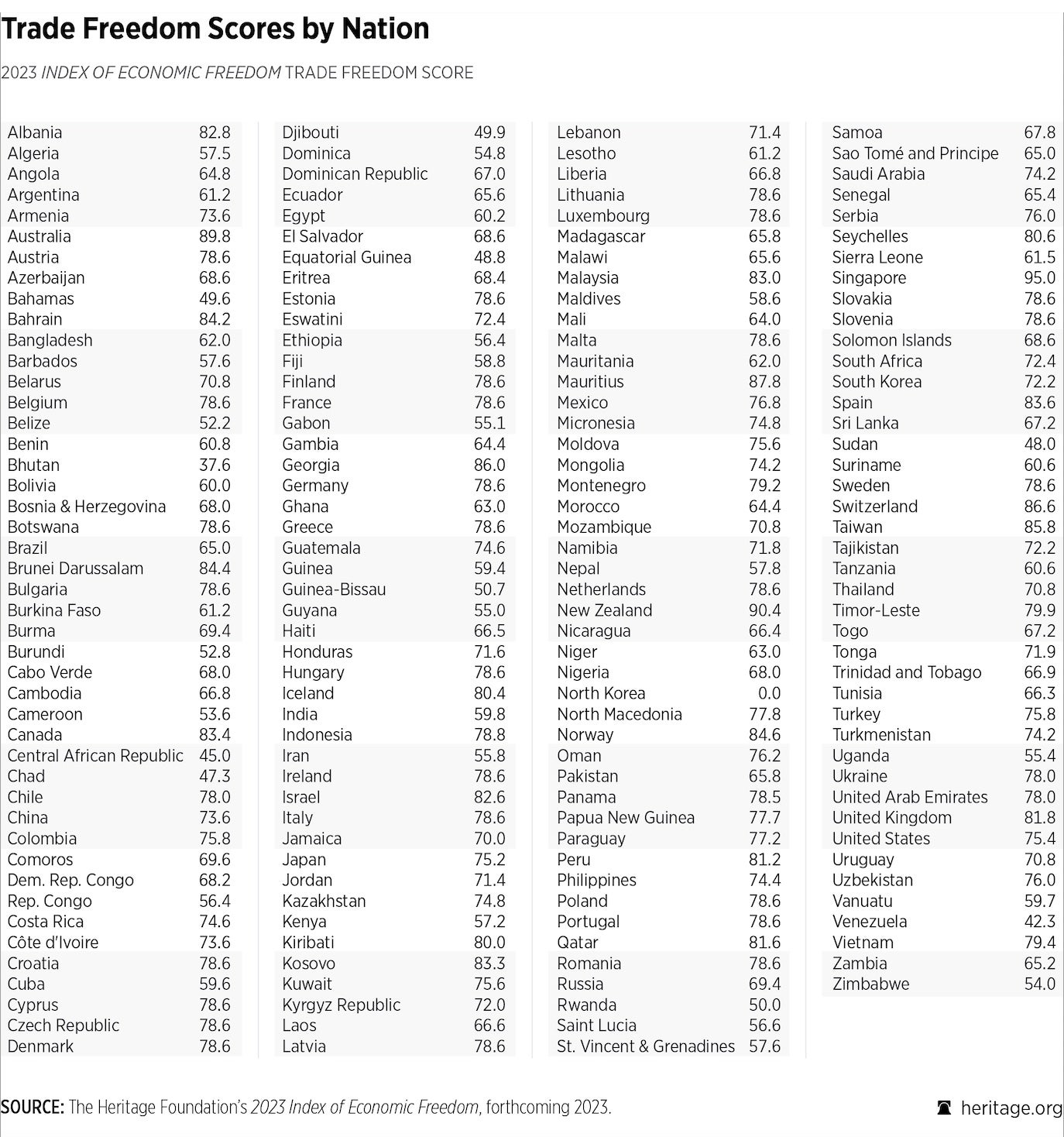 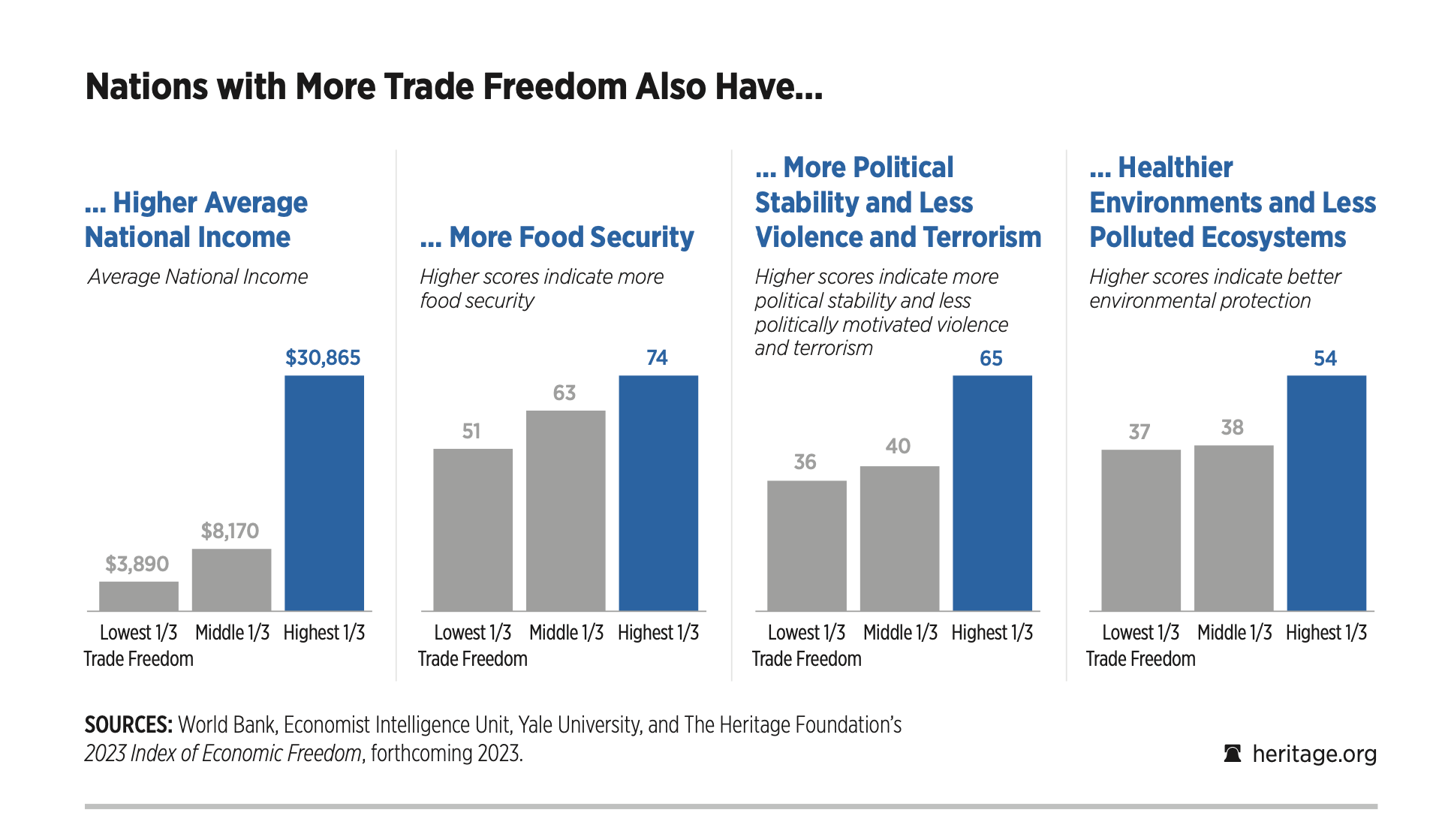 Anthony Kim, Heritage research fellow in economic freedom and editor of the Index of Economic Freedom, released a statement upon publication of these trade freedom scores:

“As Heritage’s scores clearly show, nations with more trade freedom have higher per-capita incomes, greater food security, more political stability, and a better record of protecting the environment among other critical benefits. Openness to trade and policies that ensure greater economic freedom are vital to economic development and lasting prosperity. Policymakers both here at home and those around the world should take note, and pursue policies that increase economic freedom and give more people the opportunity to succeed.”

Trade freedom is a composite measure of the extent of tariff and nontariff barriers that affect imports and exports of goods and services. A country’s trade freedom score in the Index of Economic Freedom is based on two inputs:

Different imports entering a country can (and often do) face different tariffs. The weighted average tariff uses weights for each tariff based on the share of imports for each good. The extent of NTBs in a country’s trade policy regime is determined using both qualitative and quantitative information. Restrictive rules that hinder trade vary widely, and their overlapping and shifting nature, makes their complexity difficult to gauge. The types of NTBs considered in Index scoring include:

Where possible, the Index also considers and reports the number of nontariff measures in force as calculated by the World Trade Organization (WTO)

To preserve consistency in grading the trade freedom component, the Index uses the most recently reported most favored nation (MFN) trade-weighted average tariff rate for a country from our primary sources. (MFN is also known as Permanent Normal Trade Relations, or PNTR.)