WASHINGTON—The Heritage Foundation announced Monday that it has selected Americans United for Life (AUL) as a recipient of the Heritage Innovation Prize. The organization will receive a $60,000 award in support of its work to help protect un-born Americans.

The organization will use the award to advance its newly launched AUL.org Digital Advocacy Platform database, augmenting AUL’s “Defending Life” state-by-state playbook with interactive maps and providing Americans with real time information about pro-life efforts in their states, including the status of pro-life pieces of legislation. It will also help Americans who want to protect life better connect with their elected representatives to advocate on behalf of the unborn.

Heritage President Kevin Roberts released a statement on the announcement of the award to AUL:

“The fight to protect life will not just be fought in Washington—it will be fought in every state in our union by Americans across the political spectrum who believe that life is the most precious, most basic right gifted to us by God. If we are truly to advance the cause of life in all 50 states, Americans must be armed with the tools and information necessary to put pressure on their elected representatives and get those measures across the finish line. We cannot stop until every unborn American is given equal protection under the law. AUL’s initiative is a much-needed effort to make sure we not only inspire millions to act, but give them the tools do so.”

“Americans United for Life is honored and humbled to be awarded the Heritage Foundation Innovation Prize, which will allow us to reach and inspire millions of Americans to protect life with our Digital Advocacy Platform. For over 50 years, AUL has led the effort to raise the voices of state lawmakers as they adapt life-affirming laws that have saved countless lives, built a culture of life across our country from conception to natural death, and earlier this year, overturned Roe v. Wade once and for all. We are so grateful to partner with the Heritage Foundation, which will allow the pro-life movement to move closer to a pro-life America where everyone is welcomed in life and protected by law.” 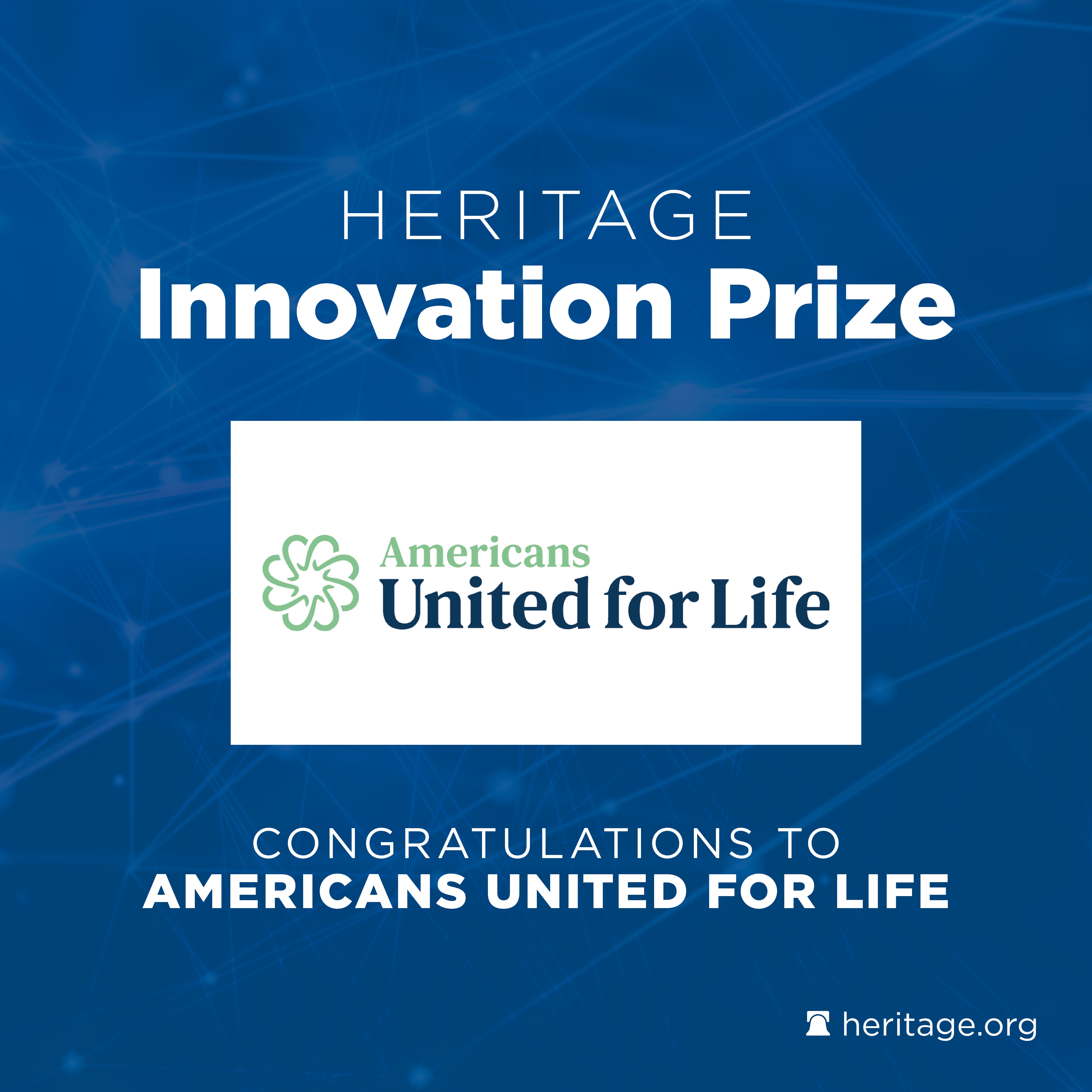 Heritage President: Joe Biden Fighting on Wrong Side in the Battle for 'Soul of Our Nation'