Earlier today, FCC Chairman Ajit Pai joined The Daily Signal’s Facebook Live for an exclusive interview to discuss his plans to roll back the Obama-era net neutrality rules. This was the chairman’s first interview since news broke that he would be presenting a plan to the FCC’s commissioners, as early as today, on how exactly he plans to undo the rules.

Below is a statement from The Heritage Foundation’s James Gattuso on this development and a link to the interview with Chairman Pai.

“Today’s release of the plan by FCC Chairman Pai to shelve net neutrality is a major win for consumers and a victory in maintaining a free and open internet. Net neutrality is a perfect example of how government regulation can overstep its bounds – imposing a regulatory regime designed for the 1930s on 21st-century technology. The rule adopted in 2015 reduced investment, hindered innovation and interfered with free speech. All consumers should cheer the work of Chairman Ajit Pai in holding to his promise to take a weed whacker to needless and costly regulations.” 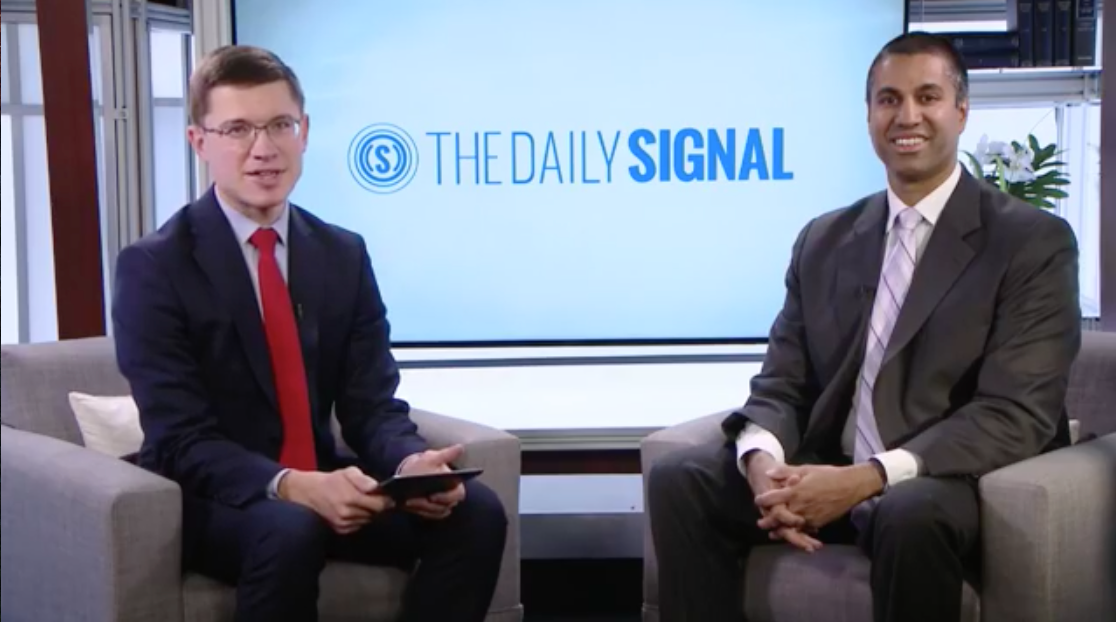 The series is aimed at educating Americans and raising awareness on Washington’s...