Hundreds of millions of people around the world are experiencing a “Great Escape” from poverty, and increasing economic freedom around the globe is the reason, according to the recently published 2018 Index of Economic Freedom.

The Index of Economic Freedom, a publication of the Heritage Foundation which, for two decades, has analyzed economic policies in more than 180 countries around the world, shows empirically that, by a great many measures, the last 20 years have been the most prosperous in the history of humankind.

Countries that have adopted some version of free-market capitalism, with economies open to the free flow of goods, services and capital, are participating in an era of globalization and economic integration that is providing solutions to many of the world’s development problems.

Unquestionably, the free-market system that is rooted in the principles of economic freedom—empowerment of the individual, nondiscrimination, and open competition—has fueled unprecedented economic growth around the world. As the nearby chart illustrates, over the life of the Index, as the global economy has moved toward greater economic freedom, world GDP has nearly doubled. This progress has lifted hundreds of millions of people out of poverty and cut the global poverty rate by two-thirds. 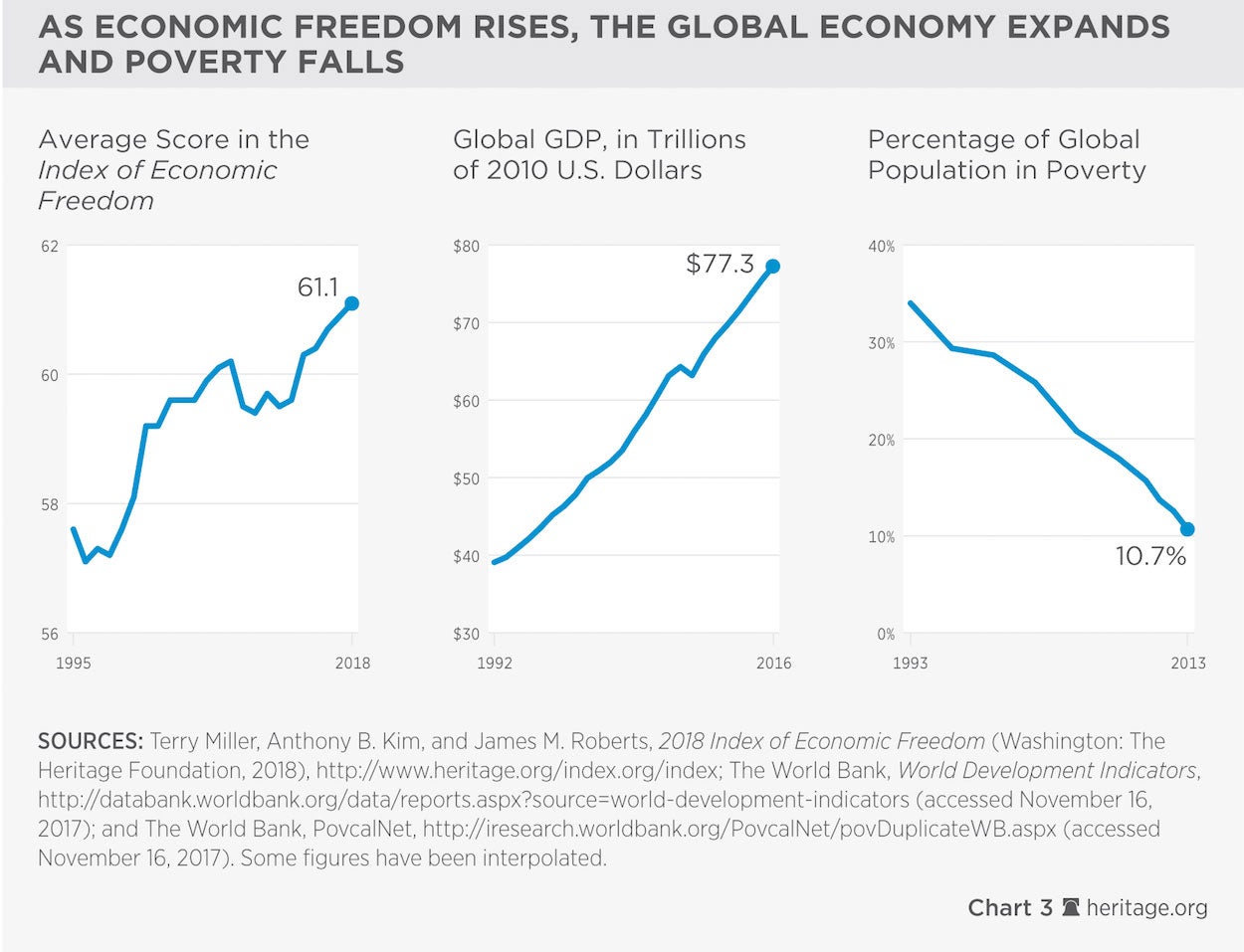 By opening the gates of prosperity to ever more people around the world, economic freedom is making the world a profoundly better place. More people are living better lives than ever before. This monumental reduction in global poverty is an achievement that should inspire celebration of the free-market system, deeper understanding of its dynamics and greater commitment to its promotion.

More specifically, as documented in previous editions of the Index and supported by volumes of academic research, vibrant and lasting economic growth results when governments implement policies that enhance economic freedom and empower individuals with greater choice and more opportunities. Advancing economic freedom is the imperative for dynamic economic expansion and true progress for the greatest number of people.

As a vital component of human dignity and empowerment, economic freedom is valuable as an end itself. Just as important is the fact that economic freedom provides a proven formula for economic progress and dramatic poverty alleviation.