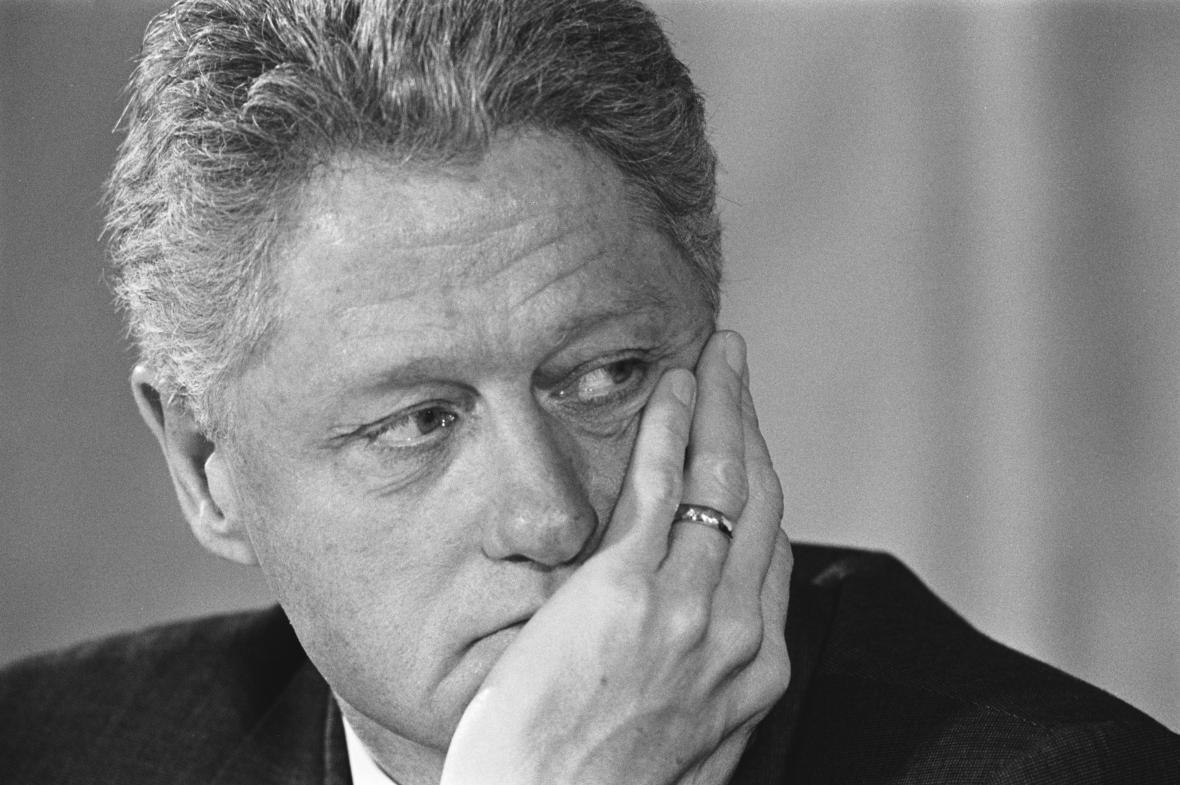 This week, in part two of a three-part series, Heritage expert Hans von Spakovsky explains what exactly is an impeachable offense as he details our nation's history with impeachment.

TIM DOESCHER: From the Heritage Foundation, I'm Tim Doescher and this is Heritage Explains.

DOESCHER: If you've been consuming news over the past three weeks, it's impossible to avoid the, "I," word: impeachment. And if you're like me, it's probably difficult to see beyond the partisan politics surrounding it. That's why we started a three part series giving an unbiased view of what impeachment is, the history and the consequences. Last week, Tom Jipping explained a bit of the process.

THOMAS JIPPING: In this case, America's founders were concerned that a hostile majority in the house, let's say, could just use impeachment as an opportunity to boot out a president that the American people had elected. So they had this two step process. The house impeaches, but then the president or no one gets removed from office unless there's a trial in the Senate and it takes two thirds of the Senate to convict. So it is a two step process and I think that makes sure that if we're going to get rid of somebody who we've elected, that it's going to be for serious matters and it's really going to take a broad consensus of our elected representatives to do that.

DOESCHER: As the old saying goes, it's hard to know where you're going if you don't know where you've been. That's why this week in part two of our series, Hans von Spakovsky talks about the historical context of impeachment by looking at where it started, how it's been used in the past, and how that instructs the current situation with President Trump. Hans is a senior legal fellow in the [inaudible] Center for Legal and Judicial Studies here at the Heritage Foundation and this week, he explains.

DOESCHER: Hans, where did the framers get the idea initially of impeachment?

HANS VON SPAKOVSKY: Well, they got it, of course, from English history since England was the mother country of the United States, and there was a long history of impeachment and how it worked in the parliamentary system that they had, The way they finally put it into the constitution after a great debate was, as you know, the phrase was impeachment is for bribery, treason or high crimes and misdemeanors. What they meant by that was serious misconduct by a government official such that he or she should not remain in office for another day. That's an important consideration because remember for example, when it comes to the president, the American people decide who's president every four years. If you're impeaching a president, you're basically overriding the choice of the American election. So it can only be done for really serious wrongdoing.

DOESCHER: But that leaves a pretty large amount of material that could be considered for impeachment then. That's not very clearly defined is it?

VON SPAKOVSKY: It's not, but it's very clear from the constitutional debates and from the history of impeachment that it is not intended to be used by members of Congress for partisan political purposes. The fact that they may not like a president personally, the fact that they may disagree with his policies, that's not grounds for impeachment. That's what elections are for. It can't be used in that method to overturn an election. It can only be used, like I said, for serious wrongdoing.

DOESCHER: Two presidents have been impeached. We know that. We also know that no president has ever been removed from office after it was handed over to the Senate, but Andrew Johnson, President Johnson came close. He came the closest. He was one vote away from being removed. So I was wondering, I know that you've done a deep dive on this. Can you give us a little context as to why that was so close? What brought that about?

VON SPAKOVSKY: See, that's actually a good example. Actually, I shouldn't say a bad example of how impeachment should not be used. Folks know from their history, Andrew Johnson took over after Abraham Lincoln was assassinated and even though he actually didn't agree with it, he felt honor bound to continue Abraham Lincoln's policies. Abraham Lincoln wanted to have a conciliatory policy towards the southern states, the former states of Confederacy in order to bring them back into the Union. The radical Republicans wanted to treat the south as harshly as possible. And because of the steps that Andrew Johnson took of a conciliatory policy rather than a harsh policy, they decided to impeach him. They even passed a law saying that he couldn't terminate any of the individuals that they liked who were in the executive department. Now we all know the president is the one who gets to take the heads of various executive departments.

VON SPAKOVSKY: So they impeached him. What's interesting about it, if you look at it, is they even put into one of the articles impeachment, the speeches Johnson was giving, saying that he spoke as if he was a third world dictator. Now does that sound familiar?

VON SPAKOVSKY: Frankly, the Republicans at the time, they just made up a long list of things they said he had done wrong. But if you look at them closely, it's because they hated him and they did like his policies. That's what it really boiled down to. There was no actual law of any kind that he had broken in his actions as president.

DOESCHER: Let's move to the nineties.

DOESCHER: Can you talk a little bit about Bill Clinton's impeachable offense or offenses?

VON SPAKOVSKY: Look, the one thing we do know about Bill Clinton is that there's no question he broke the law and the law that he broke was that when he was asked under oath about his affair with an intern in the White House, he swore that nothing had happened. He basically committed perjury and that was really the main reason that he was impeached. As folks know, a trial was held in the Senate because the way this works is the House by a majority vote, can impeach a president. A lot of people don't understand that an impeachment is simply, it's like a grand jury indictment. It's a list of unproven accusations. The impeachment resolution then moves over to the US Senate and the Senate has the sole power to try it.

VON SPAKOVSKY: So they held a trial for Bill Clinton. It takes a two thirds vote of the senators to convict and he was acquitted and the American people, as very clear from polling, they agreed with his acquittal because they did not believe that his misconduct was serious enough to warrant removing him as president.

DOESCHER: Let's fast forward to today. Can you do your best to synthesize for us what impeachable offense or offenses they're claiming against President Trump?

VON SPAKOVSKY: Well, as you know, Democrats started talking about impeaching him within two weeks of him becoming president. Now back the first two years of his presidency, it was over the supposedly collusion between the Trump campaign and the Russian government, which of course turned out to be a hoax. The latest is over the fact that the president had a telephone call with the president of Ukraine. And during that conversation, there was a great deal of discussion about where the president's concerned about corruption inside the Ukraine. He mentioned two things. One of which is being ignored. He said to the president of Ukraine, "You guys really ought to look into the CrowdStrike issue." CrowdStrike, you know, was the company hired to try to find out who had hacked into the DNC computers. Although there've been Russians indicted for that, there are rumors that there were Ukrainians involved. The president talks about that, the rumors that there were Ukrainians involved in that and asked the president of Ukraine to look into that.

VON SPAKOVSKY: I would think Democrats would want to find out if Ukrainians were involved, but no, they're concentrating on the other corruption angle that he talked to him about, which was the stories out there that Joe Biden, when he was vice president on a trip to the Ukraine, threatened the Ukrainian government and said that the US would withhold $1 billion in a loan guarantee unless the Ukrainian government fired a prosecutor. This particular prosecutor, what was he doing? Well, he was investigating a Ukrainian energy company that had hired Joe Biden's son, Hunter Biden, and was paying him, if you all can believe this, $50,000 a month. He made over $3 million and he has absolutely no experience in the energy area.

VON SPAKOVSKY: Now there's some claim that that one, the president somehow did an impeachable offense because he threatened to withhold funding for the Ukraine. You can look at the telephone call, the transcript that's been released. He never directly or even indirectly threatens to withhold funding over this and there are others claiming that by his asking a foreign government to take a look at this potential corruption, that he was violating federal campaign finance laws. I can tell you, as a former commissioner on the Federal Election Commission, that's not a violation of federal campaign finance law, but those are the bases for which they're saying he potentially should be impeached.

VON SPAKOVSKY: What I would say about that is that if, to the American people, this impeachment process looks like a partisan effort, not a joint effort, not a bipartisan effort as it was with Richard Nixon, to actually remove a president who had engaged in actual and serious misconduct, the danger of that to our Democratic Republic is enormous because this would be put forward as an example of how one political party can use the impeachment process to overturn the prior election if they don't like the results. And that's why this has got to be done, if it's done, on a bipartisan basis because if it's a one party deal, like I said, the American people are going to look at this as a totally partisan matter. And look, it hasn't even started the right way.

VON SPAKOVSKY: Well, that has been hid their historical practice and there's a good reason for that. Look, you shouldn't go forward with something this serious unless the entire House agrees because listen, other than declaring war, there is no more serious undertaking than the impeachment process because as I said, impeachment process is the process for removing a duly elected president and overturning the choice of the American electorate. You can't do that on a partisan basis.

DOESCHER: Hans, thank you so much for coming in and providing more clarity to us on this issue.

VON SPAKOVSKY: Sure. Thanks for having me.

The Impeachment Process: The Constitution and Historical Practice

Amid Chaos, Our Resilient Republic Endures