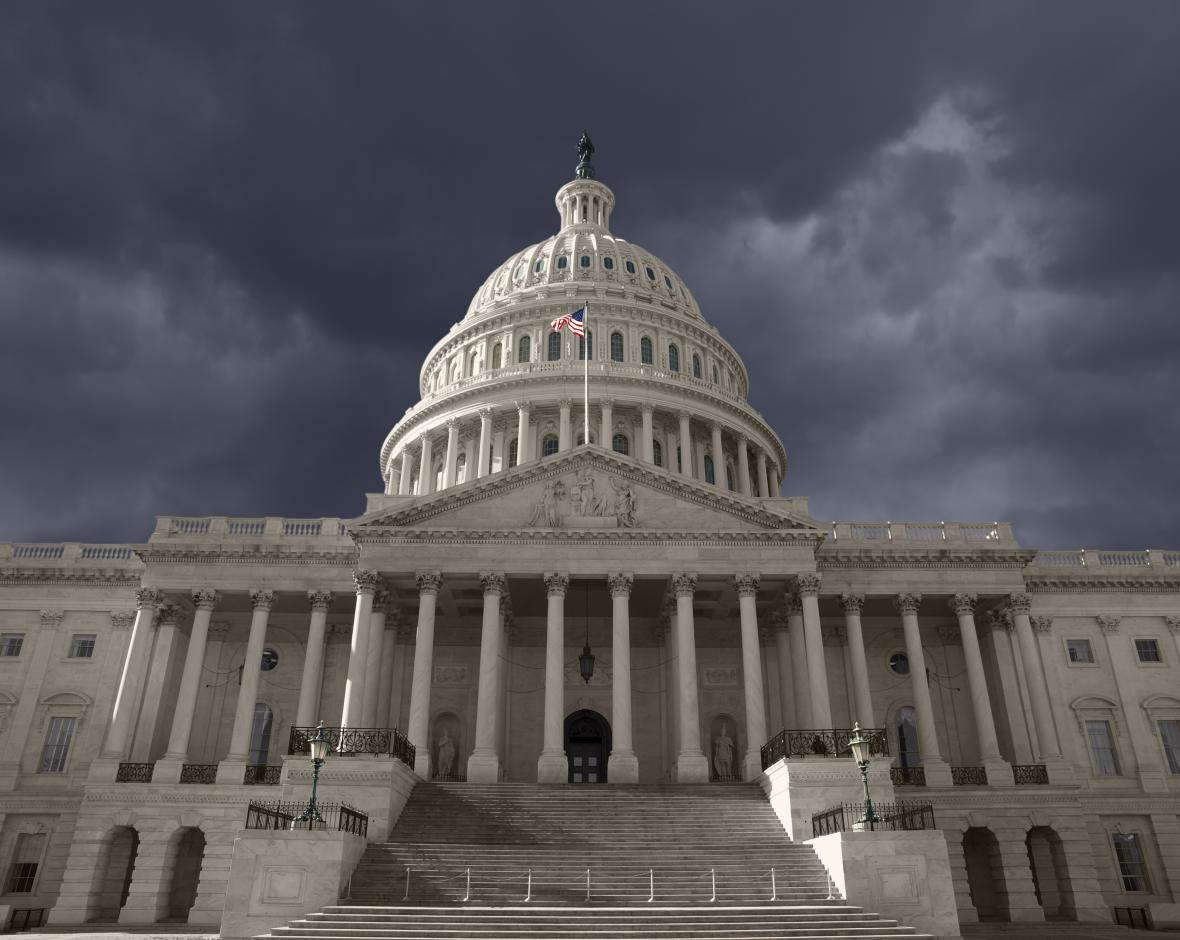 The House and the Senate use reconciliation to navigate decisions on spending, taxes, and budget deficits.

It's especially powerful in the Senate because it allows a simple majority of 51 votes (rather than 60) to pass the legislation.

In both the House and Senate, amendments to a budget reconciliation bill must be germane and are not allowed to increase the deficit.

From 1980 through 2016 there were 20 budget reconciliation bills enacted. Four others passed but were vetoed (three by Clinton, one by Obama).

Of all the obscure processes and procedures in Congress, one stands out because the House and the Senate use it to navigate decisions on spending, taxes, and budget deficits.

Reconciliation makes it easier for Congress to change existing law to bring spending and revenue in line with the priorities laid out by the annual budget resolution.

To achieve the resolution’s budgetary goals, Congress sometimes has to pass legislation changing revenue, spending, or debt limit laws. Lawmakers, in other words, set out to “reconcile” existing law with their latest priorities.

Since the House and Senate first used the process in 1980, lawmakers (as of the end of 2016) have turned to the expedited procedures to pass 24 reconciliation bills. Twenty were enacted, with three vetoed successfully by President Bill Clinton and one by President Barack Obama.

The budget reconciliation process unfolds in five basic stages, as described by the Congressional Research Service, which provides studies and analysis to Congress.

First, the Senate and House individually adopt a budget resolution that contains instructions to specific committees to develop legislation to achieve desired budgetary results, such as cutting spending and decreasing tax revenue.

Second, the committees prepare and report out legislation to fulfill the instructions by specified deadlines. In some cases where more than one committee in each chamber is involved, each chamber’s budget committee assembles the responses into one bill and reports it out to the full House or Senate.

Third, the House and Senate each take up their own reconciliation bill and advance it under the expedited procedures.

Fourth, through a conference committee or other means, the House and Senate resolve their differences.

Fifth, the House and Senate each vote on the final bill, which the president then signs or vetoes.

Reconciliation is an especially potent tool in the Senate because it allows a simple majority of 51 votes (rather than the usual 60) to pass the legislation.

Thus, for example, Senate Republicans need only 51 votes to repeal Obamacare using reconciliation, just as Senate Democrats needed only 51 to pass it.

What makes reconciliation especially tricky are specific rules for using it. Under those rules, bills must contain only subject matter with a direct budgetary impact. Otherwise, a reconciliation bill “loses privilege”—that is, it loses the ability to avoid a filibuster.

In the Senate, any senator may cite something called the Byrd rule to challenge provisions of a reconciliation bill as not having to do with spending, taxes, the debt limit, or deficit reduction. (This is why many conservatives say only repeal of Obamacare’s budgetary aspects, not a replacement for the law, should be sought through reconciliation.)

A Short History of Reconciliation Bills

The Congressional Budget Act of 1974 set up reconciliation as an optional process to help Congress slow spending growth and reduce deficits. After the 1990s, however, lawmakers drifted away from this original intent.

In Reagan’s second term, a reconciliation bill mandated a health insurance program, known as COBRA, to give some employees access to continued coverage after leaving a job.

Also under Reagan, a reconciliation bill ordered the sale of the government-owned Conrail railroad corporation.

Under President Bill Clinton, a Republican-driven reconciliation bill required able-bodied welfare recipients to seek or be trained for work.

Also under Clinton, a reconciliation bill mandated a balanced budget.

Under President Barack Obama, a Democrat-driven reconciliation bill established not only Obamacare but a government takeover of student loans.

A Republican-driven reconciliation bill repealed key aspects of Obamacare, but Obama vetoed it.

In 2017, Republicans have started the process again, likely using the same 2015 bill to repeal Obamacare.

What Happens in Committees

Reconciliation directives contained in a budget resolution must instruct appropriate House and Senate committees to craft legislation for their respective chamber of Congress that would change existing laws related to spending, taxes, or debt.

Under current Senate practice, the Congressional Research Service notes, as many as three measures could qualify for consideration under expedited reconciliation procedures—but no more than one each for spending, revenue, and the debt limit.

The directives in the budget resolution specify deadlines for committees to report, the dollar amount of budgetary reductions or increases that should be in the resulting legislation, and the time over which lawmakers should measure the impact of the changes.

If a House or Senate committee doesn’t report legislation as instructed, reports a bill unfavorably, or offers a bill that doesn’t comply with instructions, each chamber still has ways to move forward with a reconciliation bill.

During floor action, the Senate and House follow different procedures.

The Senate limits debate on a reconciliation bill to 20 hours but allows senators to offer amendments and other motions without speaking. The House typically adopts a rule establishing time allotted for debate and allowing consideration of a few major amendments.

In 1985, the Senate adopted the Byrd rule, named after the late Sen. Robert Byrd, D-W.Va., because of concerns that committees were putting provisions in reconciliation bills that weren’t related to budgetary goals. The rule doesn’t allow inclusion of such extraneous material.

Any senator may raise a point of order against such provisions once the measure is on the Senate floor.
In both the House and Senate, amendments to a budget reconciliation bill must be germane and are not allowed to increase the deficit. An amendment to increase spending above or reduce revenues below projected amounts must offset these changes by spending reductions, revenue increases, or a combination of the two.

Sending a Reconciliation Bill to the President

To resolve differences between their passed reconciliation bills, the House and Senate usually appoint members to a conference committee to negotiate.

It takes a majority of both the House and Senate conferees to seal an agreement. Then the full House and full Senate must approve it.

Once they do, the president has 10 days after the reconciliation bill is sent to him (not counting Sunday) to sign it into law. If the president vetoes the bill, it is dead unless both chambers vote by a two-thirds supermajority to override the veto.

With a new majority in the Senate as well as the House, Republicans used budget reconciliation in 2015 to repeal key aspects of key Obamacare. These included the health care law’s taxes on prescription drugs and health insurers, and its restrictions and penalties on health savings accounts.

GOP lawmakers understood that Obama would veto any repeal of the health care law—and he did so in early January 2016.

With a new president of their own party in Donald Trump, however, Republicans see an opportunity to overcome Democrats’ resistance and use reconciliation to repeal Obamacare—just as Obama and the Democrats used it to push through Obamacare in 2010. In early 2017, Republicans began to draft such a reconciliation bill.

Democrats’ Court-Packing Schemes All About Power