The amounts that broker-dealers do not pay have been as high as 50 percent in some years, but can be as low as 12 percent.

The FINRA should try to recover the funds from those that committed the wrong to reimburse the fund.

The bill would help investors by providing the funds to pay unpaid arbitration awards, and help broker-dealers by eliminating the budgetary incentive for the Financial Industry Regulatory Authority (FINRA) to impose fines on broker-dealers.

What the Bill Would Do

A broker-dealer cannot lawfully operate without being a member of FINRA. It is a private organization that is roughly two-thirds the size of the SEC. It disciplines its members who violate its rules or otherwise violate the securities laws by imposing fines or by barring them from the securities industry. It also operates an arbitration system that governs most disputes between securities firms and their customers.

Warren’s legislation would eliminate the budgetary incentive for FINRA to impose fines. Instead, fines would be imposed to the degree they are warranted in light of the gravity of the offense.

Rather than send revenue from fines to FINRA to use as it sees fit, Warren’s legislation would require that the fine revenue be used to create a fund to compensate wronged investors who are unable to collect arbitration awards from broker-dealers or registered representatives.

Congress has ensured that fines imposed by government agencies typically go to the Treasury rather than the agency in order to prevent the agency from having a financial incentive to impose fines. In a few cases, they are used to fund specific programs. Section 308 of Sarbanes-Oxley allows civil money penalties received by the SEC to become part of a disgorgement fund used to compensate wronged investors.

The same principle applies to FINRA, since it is also a regulator and has been accorded this authority by government.

Under the organization’s current policy, fine revenue is used for “capital expenditures and specified regulatory projects that have a clear and direct nexus to protecting investors and ensuring market integrity.” Its policy requires that “staff reports to the … Board of Governors at the end of each fiscal year on the projects and purposes for which fine monies have been used.”

It is up to FINRA how the funds are used, and it has a financial incentive to impose fines.

When a broker-dealer (or its employees) misappropriates funds, commits fraud, or otherwise violates either the securities laws or FINRA’s rules, the harmed investor should be able to recover the amount lost due to the broker-dealers’ actions.

This is an important purpose of both securities regulation and tort law. Because of mandatory arbitration clauses in almost all customer agreements with broker-dealers, disputes between customers and broker-dealers are almost always resolved in arbitration proceedings at FINRA rather than in court.

The amounts awarded vary year to year, but often exceed $100 million. The amounts that broker-dealers do not pay have been as high as 50 percent in some years, but can be as low as 12 percent. Usually, but not always, non-payment is because the broker-dealer or registered representative is insolvent.

Are Fines Enough to Compensate Investors That Have Unpaid Awards? 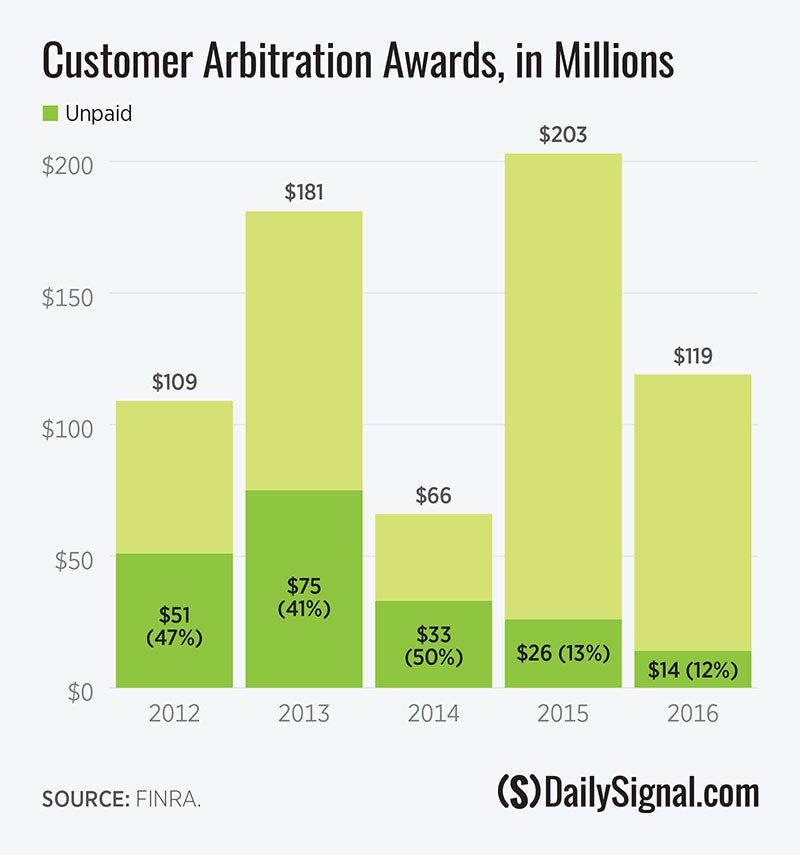 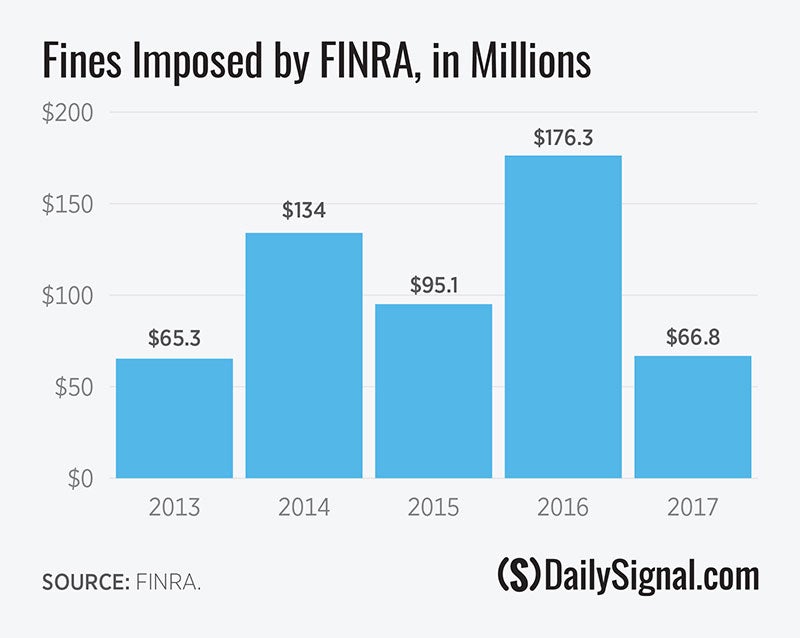 Thus, based on the data, an investor compensation fund or investor relief fund that was funded entirely by fines would be sufficient to cover the cost of unpaid arbitration awards.

Warren’s bill contains a provision that would require FINRA institutionally to make up any shortfall if fines are not sufficient to pay unpaid awards. This is unnecessary and raises fairness issues in that law-abiding firms would be asked to pay for awards unpaid by malefactors. If only fine revenue were used, then the fines associated with inappropriate actions by broker-dealers and their employees would be used to fund unpaid awards resulting from inappropriate actions by broker-dealers and their employees.

Section 3 of Securities Exchange Act defines banks, brokers, and dealers. Warren’s bill creates its own definition. To avoid confusion and to dovetail with both SEC and FINRA rules, it should use the existing definition.

It also effectively uses the colloquial term “broker” to refer to the employees of securities firms. Brokers and dealers (broker-dealers) are the firms. Registered representatives are the individual employees that work for the firm. The bill should reflect this to avoid confusion and legal ambiguity.

The bill accords FINRA the right of subrogation. The organization will have paid the wronged investor out of the investor relief fund.

FINRA should be, and under the bill is, explicitly accorded the right to pursue the broker-dealers, registered representatives, or other persons that gave rise to claims paid from the fund. FINRA should try to recover the funds from those that committed the wrong to reimburse the fund.