Andrea was a research assistant in the DeVos Center for Religion and Civil Society at The Heritage Foundation.

As Congress gears up to debate another round of COVID-19 economic relief, Democrats are expected to renew their calls for a federal bailout of struggling states.

A look at the checkbooks of these bailout-seeking states reveals that they have mismanaged funds by giving millions of taxpayer dollars to Planned Parenthood.

As states pressure the federal government for a bailout, Congress should consider the importance of protecting not just pocketbooks but unborn human life.

As Congress gears up to debate another round of COVID-19 economic relief, Democrats are expected to renew their calls for a federal bailout of struggling states. This is a fundamentally unfair request, as many state budgetary troubles are the result of poor fiscal choices rather than the COVID-19 pandemic.

Not only that, but a look at the checkbooks of these bailout-seeking states reveals that they have mismanaged funds by giving millions of taxpayer dollars to Planned Parenthood, the largest abortion provider in the United States.

Data from government transparency sites, usually maintained by state treasurers or comptrollers, show that over the course of the last four fiscal years states have paid out more than $300 million to Planned Parenthood affiliates. Now, some of the biggest contributors are asking for federal money to cover their nonpandemic-related budget shortfalls.

>>> What’s the best way for America to reopen and return to business? The National Coronavirus Recovery Commission, a project of The Heritage Foundation, assembled America’s top thinkers to figure that out. So far, it has made more than 260 recommendations.  Learn more here.

Govs. Larry Hogan of Maryland and Andrew Cuomo of New York, who head the National Governors Association, asked Congress in April for $500 billion to bail out states. Their states’ records do not inspire confidence in their ability to use potential federal funds wisely, as it appears they have contributed to their current budget shortfalls by making large payments to abortion providers.

Maryland has paid, on average, nearly $4 million per year to Planned Parenthood affiliates, while New York’s numbers are even higher, totaling a whopping $115 million over the last four fiscal years.

Illinois was one of the first states to request a federal bailout, with its Senate Democratic Caucus requesting $40 billion in a letter to members of Congress. This request included $15 billion in no-strings-attached block grants and $10 billion for the state’s unfunded pension system.

In the face of a looming pension crisis, which occupies 25% of its general funds budget, Illinois chose to give $1,767,137.32 to Planned Parenthood affiliates in fiscal year 2019.

New Jersey’s Gov. Phil Murphy personally lobbied President Donald Trump for a bailout at a White House meeting on behalf of the National Democratic Governors Association. Despite the supposedly dire need for federal money, New Jersey has managed to give Planned Parenthood over a million dollars in recent years.

Connecticut’s Sen. Chris Murphy took to the Senate floor last month to proclaim, “If a bailout equals saving lives, then I’m for a bailout.” Over the last four years, his state has contributed nearly $10 million to the leading threat to unborn lives in America.

Speaker of the House Nancy Pelosi has stated that Congress should provide $1 trillion in bailout funds to state and local governments, with much of her caucus in support. The states represented by Democrat members have consistently been among the biggest four-year funders of Planned Parenthood: Washington ($64 million), Minnesota ($35 million), Oregon ($22 million), Michigan ($21.5 million), and Massachusetts ($10 million). 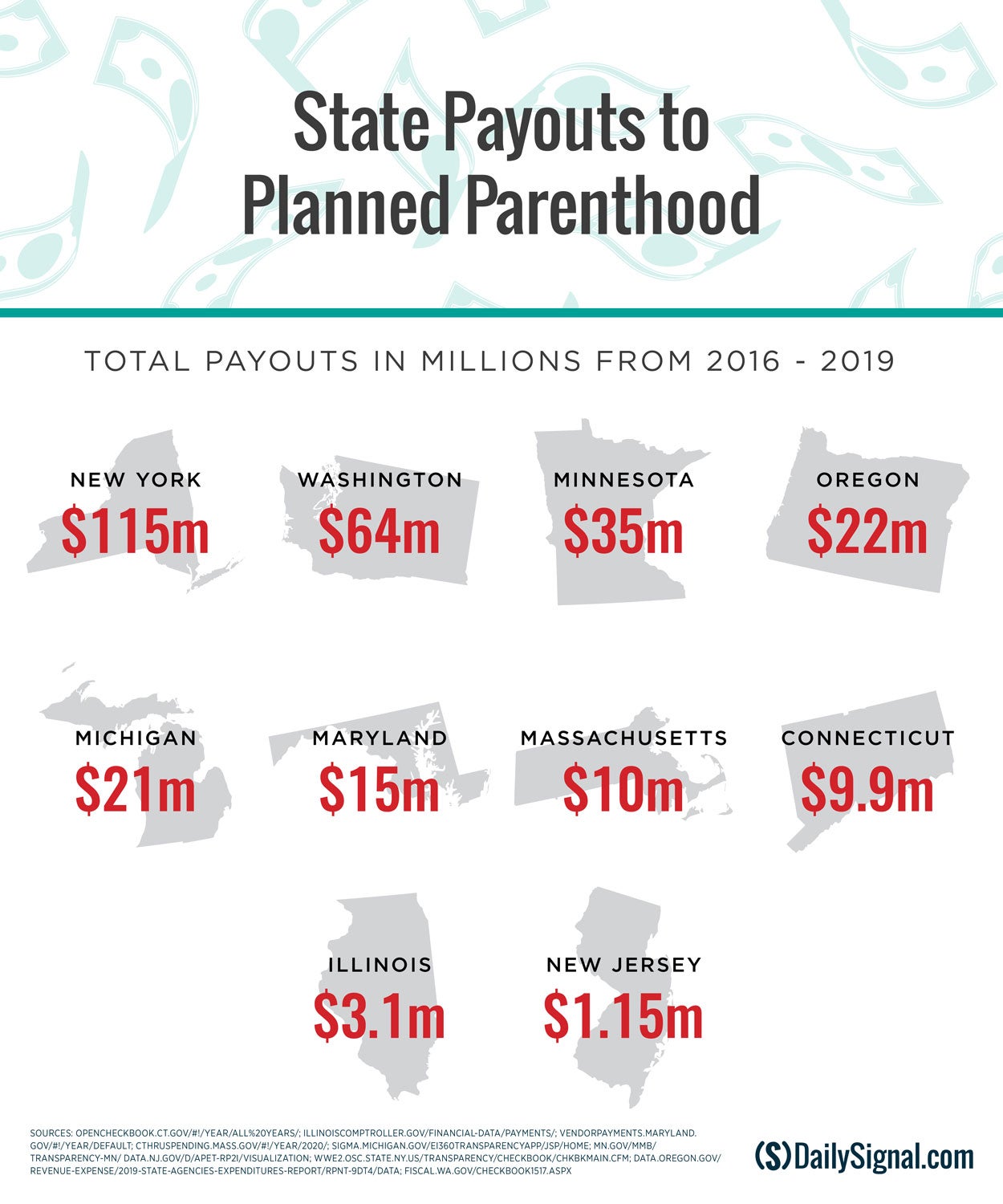 A federal bailout would represent a massive transfer of funds from states that have been fiscally responsible and chosen to minimize funding for abortion providers to those that have not.

Former governor Sen. Rick Scott, R-Fla., has warned Congress against bailing out states, noting that his state has worked steadily to balance its budget and meet pension obligations.

In keeping with this effort, Florida’s payments to Planned Parenthood have steadily declined over the last four years, with less than $100,000 in state funds going to the organization last year.

Scott, along with fellow Senate Republicans Ted Cruz of Texas, Mike Enzi of Wyoming, Mike Lee of Utah, and Ron Johnson of Wisconsin, sent a letter to the White House opposing state bailouts, and the states these senators represent have generally low contributions to Planned Parenthood.

Texas paid just $109 to the organization in fiscal year 2019, while Wyoming gave no state money to the abortion giant last year.

The Hyde Amendment currently prohibits the use of federal funds, including funds from the Coronavirus Aid, Relief and Economic Security Act, for abortions, and the Trump administration expanded life protections last year in programs that receive Title X family planning funds.

Even if a future federal bailout included Hyde protections to prevent states from giving the money directly to Planned Parenthood, the infusion of no-strings-attached funds into the states’ budgets would allow them to direct even more of their own revenue toward abortion providers.

California provides an illustration of this principle. Planned Parenthood chose to stop participating in the Title X program and relinquish all Title X funds rather than comply with the requirement to physically and financially separate its abortion-providing arm from its other services.

In order to make up for this loss of funding, California appropriated$100 million in state money for abortion providers. A few short months later, Gov. Gavin Newsom was sounding the alarm about a massive budget shortfall in his state, claiming a federal bailout was the only solution to his state’s fiscal woes.

Aside from channeling funds to the largest abortion provider in the U.S., past bailouts demonstrate that providing unfettered federal funds would only encourage further fiscal recklessness: States will increase their spending and inflate their budgets instead of using taxpayer money as intended for pandemic-related issues.

Money from previous federal bailouts has been mismanaged in a variety of ways: permanently expanding government programs instead of balancing budgets, adding new staff positions in schools rather than propping up education systems, and pumping money to big spending projects in place of contributing to pension funds.

Bailing out fiscally irresponsible states would not only enable their reckless spending habits and discourage them from changing their behavior, it could also result in even more taxpayer dollars being funneled to an already well-funded organization that is dedicated to providing abortions above all else.

As states pressure the federal government for a bailout, Congress should consider the importance of protecting not just pocketbooks but unborn human life.

Tell the Truth About the Pro-Life Hyde Amendment

The Left Is Trying to Bypass Long-Standing Pro-Life Protections in $3.5T Bill