In a recent commentary in the Wall Street Journal, “Freer Markets, Freer Media,” Kevin Brookes and Patrick Dery of the Montreal Economic Institute offered a surprising insight: One proven way to keep reporters safe around the world and to advance freedom of the press is, in fact, to promote economic liberty.

That’s because economic freedom and press freedom are closely intertwined.

As we show in The Heritage Foundation’s annual Index of Economic Freedom, growth in economic freedom means more than just financial success.

Having greater prosperity means more than having cars, homes, and flush bank accounts. One of the many benefits that economic freedom can help produce is greater freedom of the press.

No one denies, however, that economic freedom and press freedom help support each other and in fact have a multifaceted relationship. 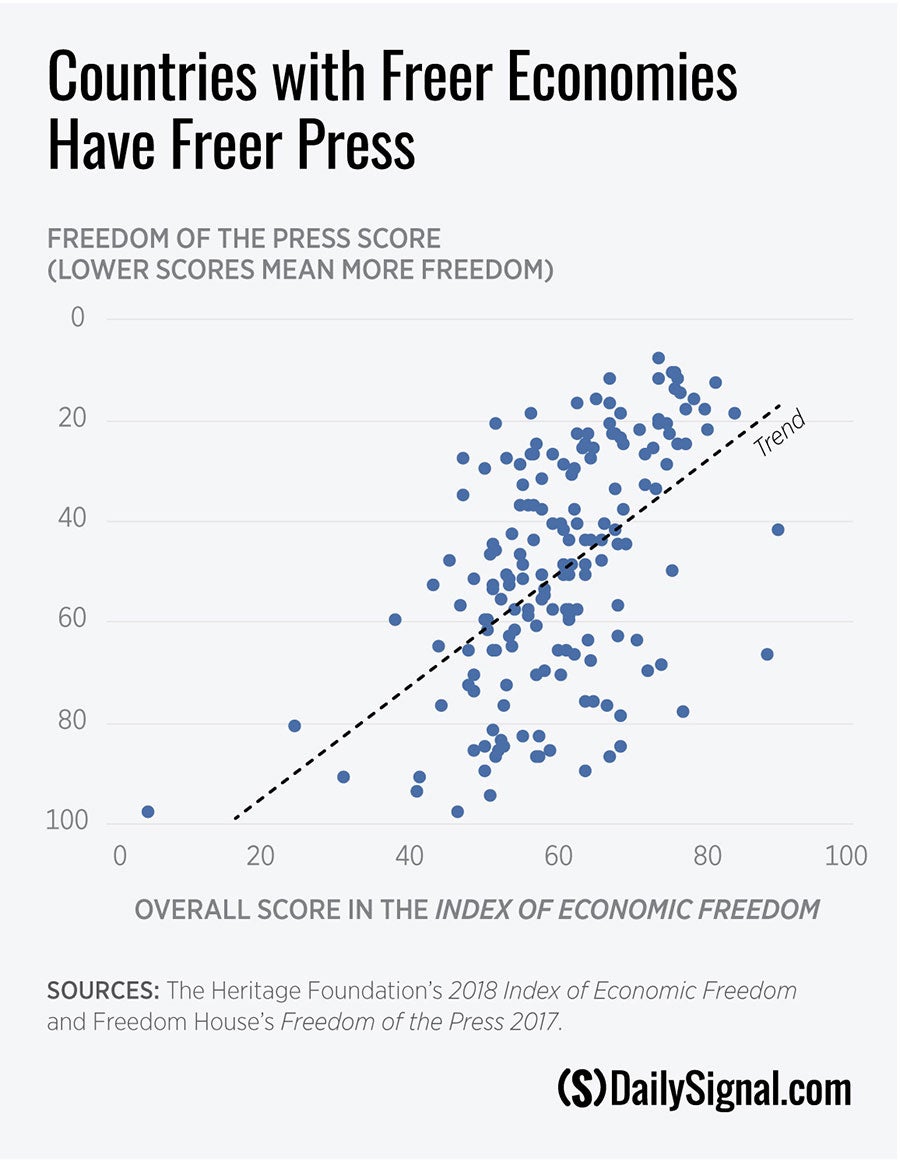 This makes sense when you think about it. The more prosperous we are as a nation, the more access we will have to outside news sources, for instance through technology. And vice versa: The more freedom the press enjoys, the more likely they are to uncover corruption and inform the public about bad policies.

In their op-ed, Brookes and Dery observed in detail the interrelationship between economic freedom and press freedom:

Interestingly, economic freedom is most conducive to press freedom in poorer parts of the world. The strength of the relationship between the two freedoms is twice as strong in low- or lower-middle-income countries than in the highest-income countries.

In countries with a high degree of economic freedom, fewer journalists are attacked, fewer laws and regulations are imposed on the media, and there is less political pressure to control content. Economic freedom is simply good for journalists.

Economic freedom protects journalists, and journalists protect economic freedom. The two need each other, and in fact feed each other. We should therefore celebrate the expansion of either freedom—not just as good news in itself, but as a potential means of expanding the other kind of freedom.