Is the US the ‘Least Protectionist Country’? Not Really.

Is the US the ‘Least Protectionist Country’? Not Really.

Who has the lowest tariffs of them all? According to U.S. Secretary of Commerce Wilbur Ross, “Mexico and others have had very big external tariffs on many, many goods. [The] U.S. is the least protectionist country.”

Peter Navarro, who is set to head the Trump administration’s new Office of Trade and Manufacturing Policy, has said: “We have the lowest tariffs and barriers in the world.”

But according to the World Bank, 46 countries have lower average tariffs than the United States. And in 2014, U.S. tariffs were higher than those of our North American Free Trade Agreement (NAFTA) partners Canada and Mexico. 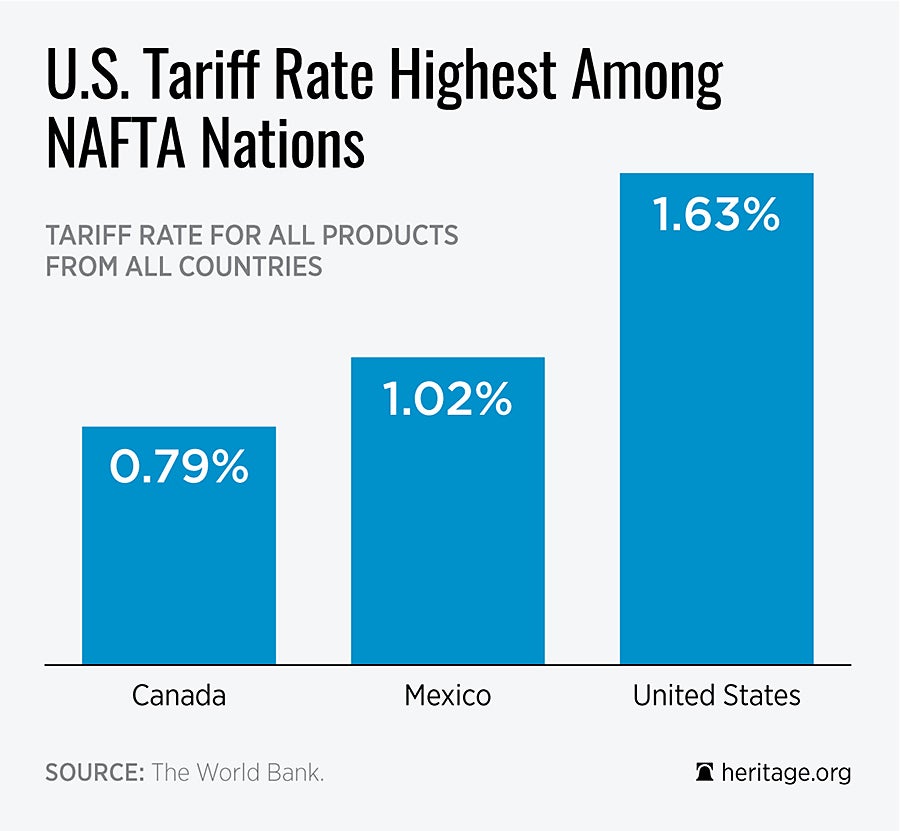 U.S. trade agreements have done a great job of lowering tariffs applied to U.S. exports. For example, prior to the U.S.-Canada Free Trade Agreement and NAFTA, the average tariff on U.S. exports to Canada and Mexico was 10 percent. Today, it’s close to zero.

Across the world, the average tariff imposed by other governments on U.S. exports has been declining for years. But more can be done.

One way to improve U.S. trade agreements is to reduce special-interest exemptions. For example, Ross has pointed to sectors not currently covered by NAFTA, like dairy. “That’s one of the problems,” he said.

And the Trump administration could end the foot-dragging of previous administrations on trade policy. “Mexico, for example, has more than twice as many free trade agreements by number as we do,” Ross said.

According to The Heritage Foundation’s annual Index of Economic Freedom, the world’s most prosperous countries are those that are open to international trade and investment.

The U.S. goal should be a trade policy that generates new jobs and economic growth for Americans by expanding economic freedom across the globe.

The Way Forward for Hong Kong