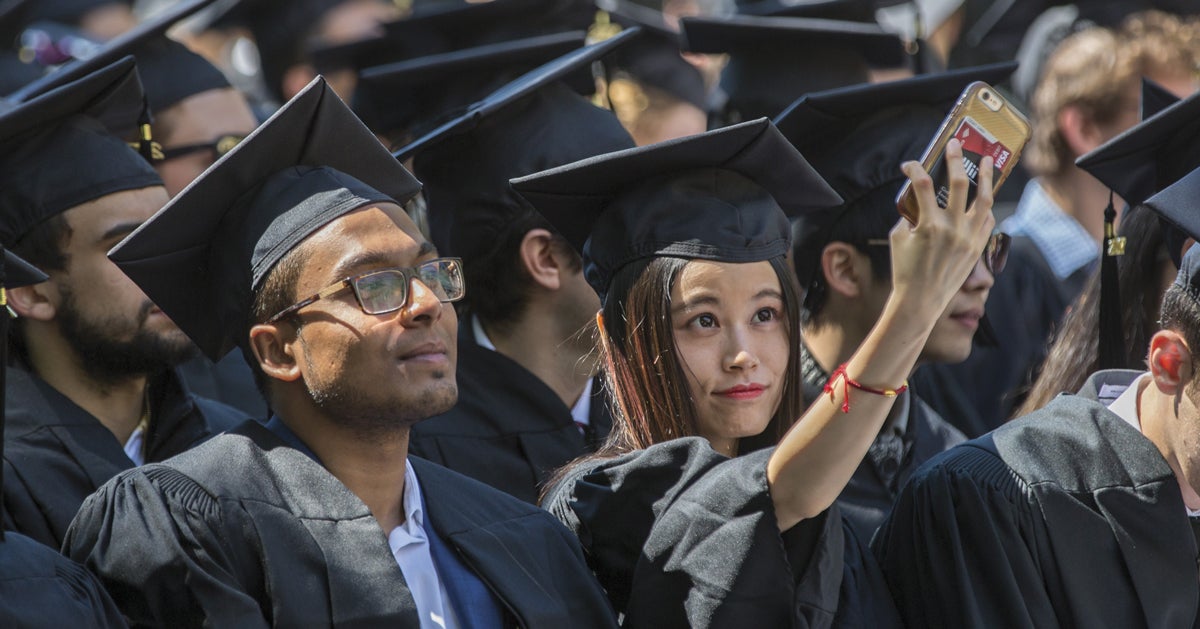 The enrollment declines have been particularly acute in the industrial Midwest, but noticeable elsewhere as well. To cite one example, the spring 2018 enrollment at the University of Central Oklahoma was 14,313, down more than 10% from four years earlier. Facing high fixed costs and relatively stagnant or sometimes falling state support, enrollment declines mean the loss of vital tuition revenues, forcing schools to adopt previously politically unacceptable forms of change (e.g., firing tenured professors) in order to survive.

Yet amidst these declines, often even more dramatic at community colleges, highly selective admission universities’ enrollments are at record highs and their problem is not attracting students but rather deciding whom to turn away. The flagship state schools in Illinois, Michigan, and Ohio, for example, are easily achieving their enrollment goals, as are the most prestigious and expensive private elite schools nationwide. The gap between the generally wealthier top and usually poorer bottom schools is widening sharply.

College degrees are becoming less effective as screening devices, information helping employers separate the likely most productive, bright and disciplined workers from others.

Why? A large part of the reason relates to the fact that college degrees are becoming less effective as screening devices, information helping employers separate the likely most productive, bright and disciplined prospective workers from others. When nearly everyone has some sort of post-secondary credential and posts high grades (because of grade inflation), a degree from Harvard or the University of Michigan still is highly respected, so their graduates mostly get decent jobs. That is distinctly less true of those graduating from less selective schools.

The imperfect but still useful College Scorecard website of the U.S. Department of Education tells us that average earnings after attending the
[University of Michigan] are $60,100, and 90% of students do graduate (within six years). By contrast, at [Eastern Michigan University], seven miles away, average earnings are nearly 38% less ($37,500), and only 38% actually graduate. And the tuition at [the University of Michigan], for the typical in-state student, is only a bit more expensive. No wonder students are clamoring to get into the schools perceived to be the best, and losing interest in less selective schools.

Asian-Americans have been only about 19 percent of the freshman class at Harvard, although that number has increased slightly since [Students for Fair Admission’s] lawsuit was filed [in 2014]. But that number has remained consistently the same for years despite the increasing numbers of Asian-American students applying to colleges.

The tax cuts, measured on a percentage basis, benefit lower-income districts more than districts with larger incomes in bigger population centers, contrary to some claims put forward by opponents of tax reform.

Harvard’s own reports showed that Asian-Americans would comprise 43.4 percent of the class based on academics alone, and their share would be 31.4 percent even if you included the university’s preferences for athletes and legacy admissions.

Harvard admissions officers keep down the numbers of highly qualified, highly credentialed Asian-Americans by unswervingly giving them low ratings on “personal” factors—the same type of low “character” and “fitness” ratings Harvard used to prevent qualified Jewish students from getting in 100 years ago. [...]

Sadly, Harvard is not alone in what it is doing. Evidence brought to light in the litigation revealed that twice a year, admissions officers from Harvard and 15 other schools, including Columbia, Cornell, Dartmouth, Massachusetts Institute of Technology, Princeton, and Stanford get together to secretly compare their racial admission numbers to ensure they all have approximately the same racial percentages of admissions.

Another shameful example of this discrimination is M.I.T., my alma mater, which, when I was there, prided itself on being a place where applicants were accepted based on merit regardless of race. But, it seems, M.I.T. began engaging in similar discrimination in the mid-1990s. The number of Asian-American students there has been stalled at about 26 percent since then.

Caltech, M.I.T.’s big rival as a science and technology institution, has always rejected racial preferences and quotas in its admissions—and Asian-Americans now account for 43 percent of its undergraduates.

Every congressional district gets a tax cut in 2018. Economic modeling by Kevin Dayaratna, Parker Sheppard, and Adam Michel finds:

Due to the TCJA [Tax Cuts and Jobs Act of 2017], the typical household in every congressional district will see a reduction in tax liability in 2018. Nationally, 89 percent of Americans will see either a tax cut or no change. Approximately 4 million more low-income filers will not pay any income taxes in 2018. [...]

[H]ouseholds in West Virginia on average will see an $873 tax cut in 2018, which corresponds to a 14 percent reduction in income taxes, the largest benefit of any state by this measure. The smallest tax cut goes to the residents of the District of Columbia, who can expect a more modest 10 percent decrease in 2018 income taxes. This reduction, however, of over $1,600 for 2018 is also a large tax cut and is more than enough to pay for 12 credits of tuition at the University of the District of Columbia Community College. [...]

Visit www.taxesandjobs.com for a state-by-state and district-by-district breakdown of the tax cuts and their economic effects. 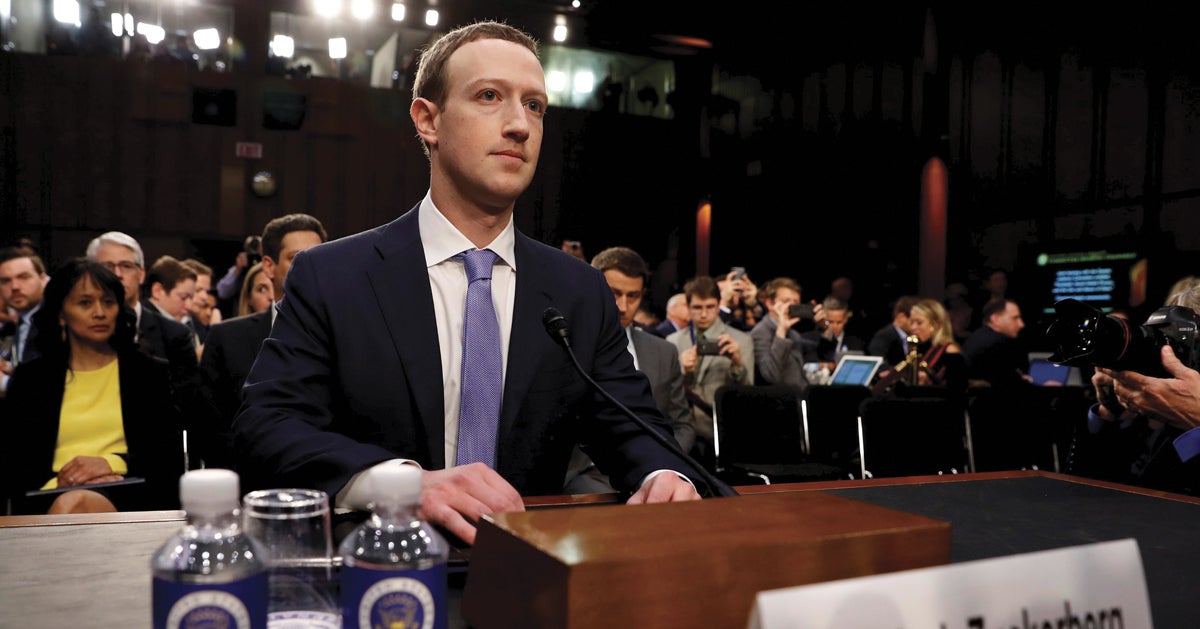 A large cache of public records [...] reveals an elaborate and years-long campaign by major left-leaning donors, green advocacy groups, and activist state AGs to politicize law enforcement in the service of the “progressive” environmental policy agenda.

This campaign has evolved from a failed model run by AGs—with the support of, at least, the Union of Concerned Scientists and some faculty allies—to a complex effort entailing privately funded, in-house activist attorneys, known as Special Assistant AGs and paid by private donors, with an apparently much larger network of attorneys and public relations specialists provided to the cause also by donors.

By this means, state AGs are using law enforcement offices to advance those donors’ and environmental advocacy groups’ ideologically aligned policy agenda. Those attorneys were recruited, expressly and at least in part, to investigate and prosecute the opponents of those donors’ and green groups’ political agenda to obtain financial settlements. This is a case of law enforcement for hire.

Building an unbiased Facebook is easier said than done. Unmoderated platforms are not the solution to liberal bias in content filtering, because those will fail economically, explains Iain Murray:

Recall back in 2006, conservative activists created online encyclopedia Conservapedia in reaction to allegations of liberal bias on Wikipedia. Conservapedia hasn’t exactly caught on. It’s dominated by fringe religious issues to the point Christian conservative thought leaders like Rod Dreher and Damian Thompson scorn it (Thompson said in his book Counterknowledge that Conservapedia was there to “dress up nonsense as science”). What happened?

Gresham’s Law is a maxim of monetary economics that states that bad money drives out good. That is, debased or counterfeit money will circulate more than money with a high commodity value such as gold or silver. Its truth has been demonstrated repeatedly. The same effect seems to apply to speech. [...]

Conservatives have proven adept at building new media forms in the past—talk radio springs to mind. If they are to build a new platform for their views, it will require really innovative thinking.

Firms that allow Gresham’s Law of Speech to take hold and lose (or never find) their advertisers will always be playing catch-up. Ironically, they will almost certainly have to rely on the technological innovation of the other tech firms.

None of this is to say that a start-up cannot replace Facebook or Twitter — or even Google or Amazon — if it has the right breakthrough. The underlying architecture of the free and open internet allows for endless possibilities for the right challenger. Just ask where AOL, Yahoo, and MySpace are now. Unfortunately, creating the “conservative Facebook” will be easier said than done — and the laws of free market economics are the main reason why. Conservatives have proven adept at building new media forms in the past — talk radio springs to mind. If they are to build a new platform for their views it will require really innovative thinking. A “conservative Facebook” isn’t innovative, just imitative. If they can find a new model that combines quality, revenue, and continuous innovation, they’ll have the winner they want.

[Iain Murray, “If a Conservative Facebook Is Such a Good Idea, Why Hasn’t It Happened?” Competitive Enterprise Institute, September 6]