Ten Years after the Financial Crisis,  What Have We Done to Fix Its  Underlying Causes?

Ten years have now passed since reaching the depths of the housing finance crisis. Vivid memories of a cratering stock market, a sea of foreclosures, plunging home values, insolvent banks, and rocketing unemployment remain seared in our collective memory. Sadly, little has been done to fix the underlying causes of the crisis. Conventional wisdom places the blame for the boom and the bust on the failure to bail out Lehman Brothers, a lack of regulation, rampant greed, and corruption. But a close look at the facts identifies another culprit: the use of federal rules, mandates, and subsidies to spur risky lending to benefit politicians and certain special interests.

The Community Reinvestment Act (CRA) as initially passed in 1977 instructs federal financial supervisory agencies to encourage lenders to meet the credit needs of their local communities. Regulators evaluate the success of lenders in accomplishing this mission when considering approvals of mergers, acquisitions, and other business decisions. Yet, the quantifiable goals were vague. The relative lack of additional credit extended by these lenders failed to satisfy politicians catering to a plethora of special interest groups.

That began to change in the early 1990s, as regulators and politicians embarked on a mission to make home ownership affordable to a much larger portion of the population. Two government-sponsored enterprises (GSEs)—Fannie Mae and Freddie Mac—led the way by loosening their underwriting standards for mortgages purchased from private lenders. Regulators also began seriously using the CRA as leverage to spur mortgage lenders to lower their lending standards. Investors funneled trillions of dollars to the GSEs, enabling trillions of dollars of credit to flow to those with lower credit scores, minimal income documentation, less stable employment scores, and scant down payments. Investors understood that the federal government would ultimately guarantee their investments in GSE securities in the event borrowers failed to repay.

Unsurprisingly, home prices surged in response, along with the homeownership rate. But the violent end to the extended boom demonstrated the fragility of the system.

As the crisis unfolded, the Federal Reserve compounded the turmoil by engaging in credit allocation rather than providing system-wide credit liquidity. The central bank purchased trillions of dollars of government debt along with mortgage-backed securities (MBSs). Ultimately, much of this capital ended up deposited at banks. To prevent the banks from investing this new capital in securities or issuing new loans, the Federal Reserve instituted a new policy: interest payments on excess banking reserves deposited with the Federal Reserve. This policy distorted market signals and diverted capital from business expansion to the housing sector.

In reality, the cause of the crisis was government housing policies, implemented principally by Fannie Mae and Freddie Mac, two government-sponsored enterprises that dominated the housing finance market.

Ten years later, harmful incentives related to GSEs remain pervasive throughout financial markets. The government backstop to more than $5 trillion in GSE liabilities, persistent affordable housing goals, and the Federal Reserve’s monetary experimentation continue to distort the market. Mandates and federal guarantees of home mortgage securities are fueling unaffordability even for those attaining homeownership. Home prices have surged more than 60 percent since 2012, surpassing the bubble peak.

It’s time to fix the underlying cause of the crises by gradually removing the taxpayer guarantees, eliminating the mandates, improving regulatory incentives, and limiting the Federal Reserve’s monetary experimentation.

Mr. Griffith is a research fellow at The Heritage Foundation.

Unfortunately, in the 10 years since the financial crisis, we have done nothing—literally nothing—to address its causes. The reason is clear. The 2008 financial crisis was diagnosed in the media and on the Left (yes, I repeat myself) as a failure of regulation. The election of President Barack Obama and Democratic supermajorities in the House and Senate made certain that this false diagnosis would be cemented into law with the stringent Dodd-Frank Act. In reality, however, the cause of the crisis was government housing policies, implemented principally by Fannie Mae and Freddie Mac, two government-sponsored enterprises (GSEs) that dominated the housing finance market. The GSEs did not make mortgages, but bought them from banks and others, holding some for investment and selling the balance to investors through securitization.

In 1992, Congress enacted legislation known as the Affordable Housing Goals. This law required the GSEs to acquire at least 30 percent of the mortgages they bought annually from those made to borrowers at or below median income. This quota was gradually raised during the Clinton and Bush administrations so that by 2008 more than half the mortgages they acquired had to meet this quota.

This required the GSEs to lower their underwriting standards; borrowers below median income simply could not provide the 10 percent down payment that Fannie and Freddie had traditionally required. Down payments, accordingly, declined from 10 percent in 1992 to 3 percent and eventually to zero in 2000, with these low standards also spreading to the wider market.

By 2007, home prices had gotten so high that no amount of concessionary lending could sustain the market and the housing bubble collapsed, resulting in housing price declines of 30 percent to 40 percent. This triggered a nationwide economic decline and a financial crisis in which many families lost their homes and many banks and other financial firms failed.

No successful part of the economy operates in an environment where losses are socialized and the rules of the game violated without prior warning.

Regulation or deregulation had nothing to do with this, but because the crisis was diagnosed as a failure of regulation, the housing finance policies that caused the crisis remain in effect. Today, as a result, housing prices have again risen to the same level they had reached in 2004 or 2005. In a few years, then, another disastrous crash in the housing market, and another financial crisis, is likely.

Economists, including those working at our financial regulatory agencies, are no better today at forecasting financial crises than they were 10 years ago. Federal Reserve minutes from the months running up to September 2008 show policymakers concerned about the prospect of heightened inflation. Those worries proved misplaced only a few weeks later, as the recession that had begun in late 2007 pushed consumer price growth below the Fed’s 2 percent target, where it has remained for much of the decade since the crash.

Instead of an inflationary spiral, we got a banking crisis more severe than any since the Great Depression. The slew of prudential rules placed on banks, insurance firms, and capital markets intermediaries since 1970 could not prevent the accumulation of large mispriced risks. Indeed, in hindsight it is clear that regulatory miscalibration of the true default probability of financial instruments, such as mortgage-backed securities, put the balance sheets of some institutions—chief among them, government-backed Fannie Mae and Freddie Mac—in very precarious positions.

Some prominent regulators have kicked themselves for relying on complex models of risk management to calculate bank capital requirements. A simple ratio of assets to equity would have done a better job of assessing the likelihood of bank failure. Yet, as we commemorate the decennial of the crash, financial watchdogs in the United States and abroad are more than ever reliant on complicated forecasting formulas. Indeed, one of the new nominees to the Fed board is a committed proponent of so-called macroprudential forecasting, an untested set of policies that aim to control systemic risk by predicting and managing the credit cycle. This is false sophistication. It is doubly harmful because it gives regulators an unwarranted sense of confidence in their predictive ability, while failing to mitigate risk.

What could policymakers do to better guard against the inevitable future crash? Remove the government from mortgage credit markets. Eliminate the perception that creditors to large institutions will be rescued. Replace risk-based capital rules with simple measures that have stood the test of time.

It was the political drive for homeownership, even for those who plainly could not afford it, that sowed the seeds of the crisis. Additionally, for years the Treasury and the Fed encouraged a perception among market participants that important financial institutions would receive special treatment. When this implicit promise looked like it would not be fulfilled as Lehman Brothers crashed, financial markets went into a panic that pushed regulators to intervene in an unprecedented way—and at great cost to taxpayers.

No successful part of the economy operates in an environment where losses are socialized and the rules of the game violated without prior warning. If policymakers want our financial markets to succeed in good times and bad, they need to move away from the failed policies of the past. Ten years after the last crash, that shift has yet to happen.

Mr. Zuluaga is a policy analyst at the Cato Institute.

Ten years ago, the United States plunged into a financial crisis that would bring the world economy to the brink of collapse. Most people probably don’t know that the underlying cause of the broader financial crisis was not so much the troubles of high-flying investment banks, but the meltdown of the home mortgage market. 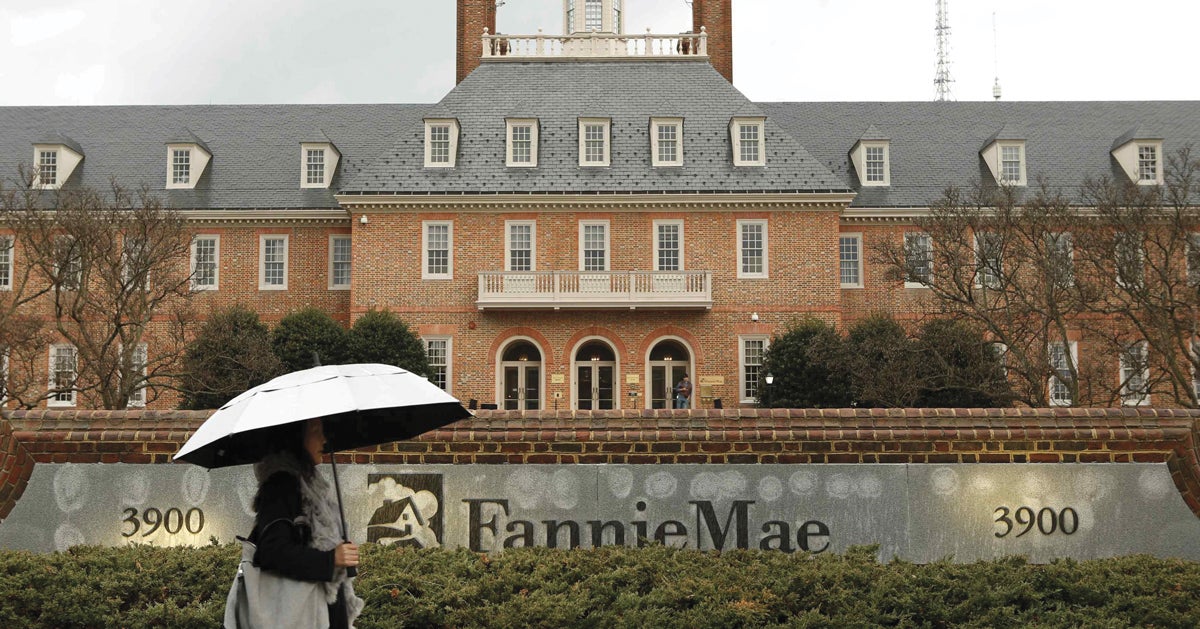 Who is to blame? The housing market collapse was caused by the unprecedented number of weak and risky mortgages driven by the government-sponsored enterprises Fannie Mae and Freddie Mac. Since the 1990s, the federal government zealously pushed for more affordable housing by dramatically lowering mortgage-underwriting standards. Fannie and Freddie, once arbiters of strong underwriting standards, began to accept loans made to borrowers who had little or no documentation, increasingly poor credit, dangerously low down payments, and high levels of debt compared to income. Those new policies lowered standards across the mortgage market.

The result was that by mid-2008, 57 percent of the 55 million mortgages in the financial system were either subprime or otherwise low quality—with the government backing a whopping 76 percent of them. The enormous run-up in housing prices eventually burst, taking down the mortgage-backed securities that depended upon them. When the housing market turned sour, Fannie and Freddie were riddled with toxic mortgages and were taken over by the government to prevent their collapse.

In response to the crisis, Congress passed the largest piece of legislation ever written, the Dodd-Frank Act. Dodd-Frank failed to deal with the root cause of the crisis. If anything, the government mortgage entities such as Fannie and Freddie have only gotten bigger over the past decade.

The same policies that caused the last housing bubble are even further entrenched than before—and housing prices are again rising rapidly. Since 2012, the housing market has been on a six-year boom, with housing prices higher today than they were before the crisis, rising faster than any time since 2005. Measures of risk in the mortgage market have been growing over the years as the government housing agencies again loosen their underwriting standards.

While predicting exactly what will cause the next financial crisis is an impossible task, it is baffling that the same policies that caused the last housing bubble are even further entrenched than before. Ten years on from the financial crisis, virtually nothing has been done to combat its underlying cause: the government’s meddling in the housing market.

Mr. Press is a policy analyst at the Competitive Enterprise Institute.