Distributing copies of the United States Constitution seems like a reasonable thing to do on an American college campus.

But when student Kevin Shaw tried to do just that at Pierce College in 2017, he was told he could do so only in the school’s “free-speech zone.” According to the Foundation for Individual Rights in Education (FIRE), Pierce’s “free-speech zone” made up only .003 percent of the campus. With FIRE’s help, Shaw sued Pierce College and the Los Angeles Community College District to vindicate his free speech rights.

This January, a federal court denied the college’s request to have the lawsuit dismissed, finding that any open areas on a campus—not just “free-speech zones”—are and should be considered public forums, regardless of a college’s policies, as Shaw claimed in his suit.

“This characterization makes sense, because after all, what is a university’s purpose but to expose students to new ideas and spark dialogue?” the court wrote.

The problems of limited, blocked, interrupted, or impeded free speech on American college campuses are not new, but some experts say these problems have become more acute.

At universities across the country, speakers have been shouted down and blocked from speaking. Event attendees have been harassed. Students with viewpoints considered “dangerous” (often conservative) have been made to jump through bureaucratic hoops in order to host a talk or express their views. They have been met with more than an opposing viewpoint. In April, for example, students stormed the stage where Duke University President Vincent Price was giving a speech to alumni. The students then presented a list of demands.

State legislators are weighing in as well by considering legislation to protect free speech on college campuses.

In recent legislative sessions, lawmakers in seven states have passed bills protecting and defending free speech on college campuses. Six more states are currently considering legislation. In another 14 states, bills on the matter were introduced but ultimately defeated, according to the National Conference of State Legislatures.

Arizona, Colorado, Georgia, Louisiana, North Carolina, Tennessee, and Washington have passed some sort of campus free speech protection law. These laws range from broad to quite specific in their protections. Some simply direct public university systems to adopt free speech policies. Others outline such policies and how they should be implemented in more detail.

Forty-four percent of students believe the First Amendment doesn’t protect hate speech. Only 39 percent correctly understand that it does.

Joe Cohn, legislative and policy director at FIRE, helps draft and edit bills and policies across the country to defend free speech on campuses.

“It’s impossible to refute credibly that there’s a problem on campuses,” he says. “I do think it’s a serious issue that’s been brewing for many, many years. It’s been a long-standing problem because censorship has always been popular. There hasn’t been a golden age where there wasn’t threats to free speech on campuses.”

But it seems clear we’ve reached new levels of confusion about free speech on college campuses. A much-cited 2017 study by the Brookings Institution found that 44 percent of students believe the First Amendment doesn’t protect hate speech. Only 39 percent correctly understand that it does. (Sixteen percent responded that they didn’t know if it was protected or not).

As the survey notes: “While ‘hate speech’ is odious, as long as it steers clear of well-established exceptions to the First Amendment, it is constitutionally protected.” Such exceptions include speech that “is directed to inciting or promoting imminent lawless action” or “true threats.”

“Most people don’t even understand the First Amendment,” says David Moshman, professor emeritus of educational psychology at The University of Nebraska. “Most of the speech you find objectionable—of course you can disagree with it—but you can’t even talk about it if you don’t know what the interpretation [of the First Amendment] is.”

The current free speech battle, says FIRE’s Cohn, is partisan, in that people tend not to support the right to free speech from the other side.

“People censor who they disagree with,” he says. “On college campuses in 2018, more of the leadership comes from the Left, so when the censorship is about a person’s politics, conservatives are disproportionately targeted. Both parties are good at fighting censorship when it’s them being censored. Neither is good at it when it’s their opponent being censored.”

State legislators and other groups, like FIRE, have been crafting bills to protect free speech for some time, but in the last few years, several important groups have weighed in on the issue. 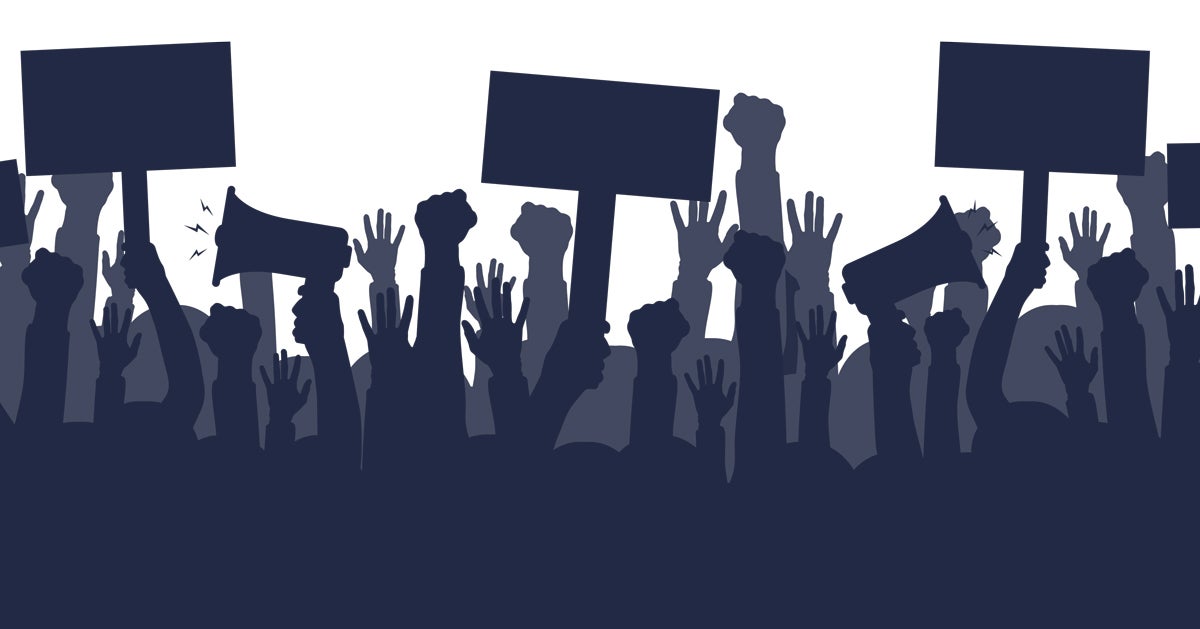 In the fall of 2015, Stanley Kurtz, senior fellow at the Ethics and Public Policy Center, began drafting legislation to restore and protect free speech. He teamed up with the Arizona-based Goldwater Institute, which was working on a similar project. In 2017, Kurtz and Goldwater introduced model legislation that does a number of things, including reaffirming free speech principles, preventing administrations from disinviting speakers, and establishing disciplinary plans for students or others who interfere with the free speech of others.

“With administrators and faculty members unwilling to protect free speech on campus—and sometimes even taking steps that actively undermine it—legislatures are obligated to step in,” he says. “The first duty of a legislature is to defend our fundamental liberties. Public universities are obliged to uphold the First Amendment, but the First Amendment doesn’t enforce itself. When administrators fear to do so, the legislature must act.”

The model bill was the basis for legislation passed in Arizona and North Carolina. It allows students whose free speech rights have been violated to recover court costs and attorney fees from lawsuits, reaffirms that educational institutions should remain neutral on issues of public
controversy, and authorizes a committee of the board of trustees to issue a yearly report on campus free speech issues.

North Carolina’s bill, which took effect in June 2017, requires a report from a Committee on Free Expression to be published annually. All faculty at public universities in the state must cooperate and provide information to the committee, the law states, and the committee must publish its report and provide it to the board of governors, the state governor, and the North Carolina General Assembly.

Arizona’s bill, which was also based on the Goldwater model, also requires an annual report. The Arizona Board of Regents Committee on Free Expression’s first annual report, published on Sept. 1, 2018, notes that none of the state’s public universities reported any incidents of barriers to or disruptions of expression during the 2017-2018 school year.

Public universities are obliged to uphold the First Amendment. When administrators fear to do so, the legislature must act.

Each of the universities has created a response team to deal with free speech incidents and several did end up mitigating problems before they got out of hand. For example, the University of Arizona received numerous complaints about “the ideology, messaging, language, and tactics of itinerant preachers who visit the UA mall.”

The report says the dean of students’ office monitors the activity and meets with community members to provide support and education regarding freedom of speech, such as how to effectively counter the speech or “disengage from the situation.”

Additionally, the regents’ report notes that all of the state’s university systems have begun hosting lectures, forums, and panel discussions about free speech and civil discourse.

Passage of free-speech legislation is necessary, Kurtz says, because college faculty have abandoned the classical liberal commitment to free inquiry. 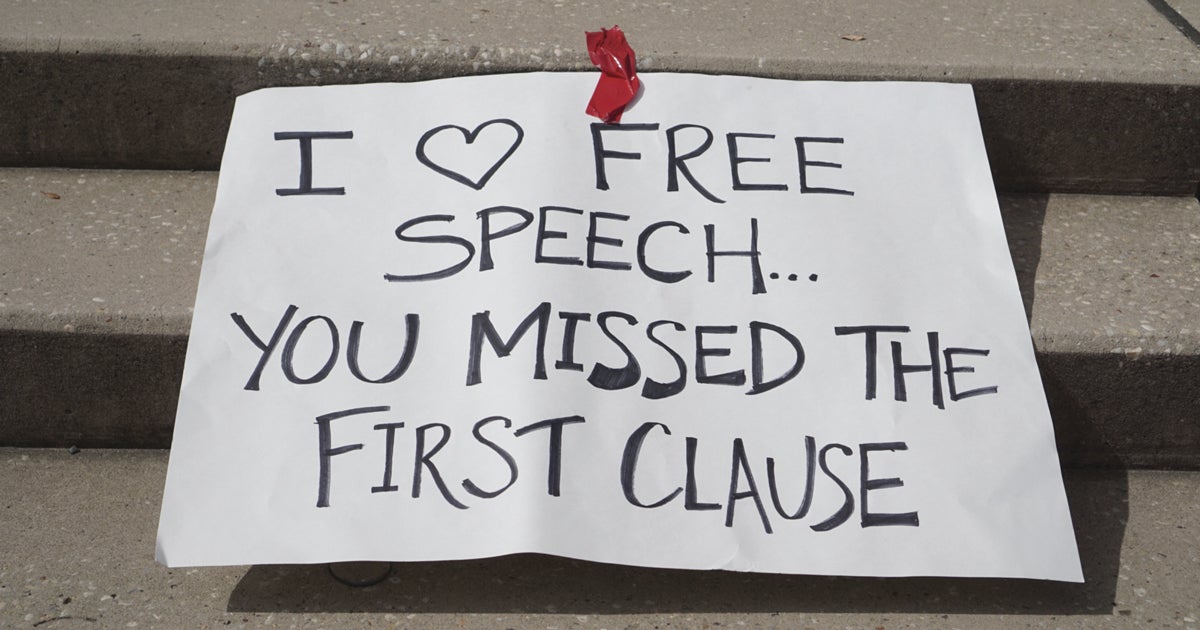 “In its place [the faculty] have adopted a postmodern skepticism that views the defense of individual rights as a cover for oppressive power,” he says. “Many students have absorbed this view, and administrators either share it, or are simply too weak to stand up for fundamental liberties.” While policies created and passed on individual campuses may help students, faculty, and speakers case-by-case, Kurtz says that the scale of the problem requires a bigger fix.

Cohn says what’s been passed so far in state legislatures is a mixed bag.

“For example, the Tennessee bill, in our view, is the gold standard of what you would want in a campus free speech bill,” he says. “All of these things are established parts of the law that have been ignored for a long time.”

Tennessee’s bill, which took effect in January, outlines 17 principles of free speech that it says “are the public policies of the state,” including that schools must allow open, outdoor areas of its campus to serve as traditional public forums, and that funding from student fees must not be denied to any particular group based on viewpoint.

Jonathan Butcher, senior policy analyst for The Heritage Foundation, disagrees, saying that the bills in Tennessee, Louisiana, and Florida, leave a lot to be desired as far as outlining disciplinary measures—a key part of the Goldwater Proposal.

The faculty have adopted a postmodern skepticism that views the defense of individual rights as a cover for oppressive power. Many students have absorbed this view, and administrators either share it, or are simply too weak to stand up for fundamental liberties.

“They do more to shine sunlight on the issue than they do to actually say ‘here’s a rule; you need to follow this rule or there will be consequences,’” he says.

The University of Nebraska’s Moshman describes himself as an “intellectual freedom activist” who has written on the free speech debate for years.

He agrees that the legislation passed so far could be improved, saying some of the bills go overboard and micromanage, but he also says it is good that many of the bills acknowledge the nonsense of “free-speech zones.”

In the 1980s and 1990s, says Moshman, there was often conservative pressure in high schools and at universities to censor certain materials, like evolutionary biology curricula, certain topics in history, and some young adult novels. There were also efforts by some groups to promote diversity by suppressing so-called hate speech.

Some legal scholars even argue that what is often called hate speech should not be protected by the First Amendment, he says.

In their January 2018 book Must We Defend Nazis?: Why the First Amendment Should Not Protect Hate Speech and White Supremacy, University of Alabama law professors Richard Delgado and Jean Stefancic argue that regulating or banning hate speech would make America a fairer place and protect those often marginalized by hate speech. The fundamental disagreement between what kind of speech should and shouldn’t be allowed, and where, is stopping liberals and conservatives from having meaningful conversations, Moshman says. Instead of free speech being the cause of disagreement, it should be the common ground from which other debates can begin.

“People need to understand that free speech is how you address the kind of political controversies we have,” he says. “It shouldn’t become part of the controversy. It should be common ground.”

Ms. Servold is the assistant director of the Dow Journalism Program at Hillsdale College in Hillsdale, Michigan.