One reason we spend so much on health care relative to other countries is that the United States is a hub of medical innovation and technology. New procedures and experimental drugs provide great value to American patients, but we pay more to obtain them. Differences in health statuses of national populations also account for some of the variance in health care outlays. Our superior cancer survival rates speak to the immense economic and social value we place on the individual life.

At the same time, insurance premiums have been climbing inexorably for decades, leaving Americans desperate for relief and policymakers searching for answers. Decades of legislative and regulatory interaction between the government, health insurers, and hospitals have drained massive amounts of value from the U.S. system.

Some lawmakers believe Medicare for All will rein in health care expenditures. Sen. Bernie Sanders, I-Vt., and Rep. Pramila Jayapal, D-Wash., have introduced a Medicare for All proposal (S. 1804 in the Senate and H.R. 1384 in the House of Representatives) that mandates: all Americans be provided health care coverage, with benefits determined by the Department of Health and Human Services; all benefits be paid on the basis of the Medicare fee schedule, and practically all private health plans would be illegal. This would be a radical government takeover of health financing—one that ignores fundamental economic reality at the peril of Americans’ health.

(The E/M guidelines have been little changed since 1997, when most documentation was done with pen and paper. This has been an enduring detriment to efficient health care that is completely untouched by Medicare for All.)

Medicare Advantage plans provide higher quality care and manage chronic conditions better. Yet, Medicare for All will move the entirety of American health care to the traditional model that produces worse health outcomes at a higher cost.

Medicare reimbursement rates also create problems for the health care system. The Congressional Budget Office found that for similar services, prices ranged from 11 to 139 percent greater for private insurance as compared to the fees for traditional Medicare. The Center for Medicare and Medicaid Services has the legal authority to set prices for itself, which it does through a fee schedule based on criteria that were implemented in 1989.

Providers must charge private payers higher prices in order to be able to cover costs. Medicare for All does not seek to alleviate the market distortion but, rather, eliminates the market itself. While prices can be forced lower by bureaucratic diktat, such a move does not repeal the laws of economics, which tell us that all resources are limited and have alternative uses. Without prices to provide signals about the relative value of alternative uses of resources, those resources will be misallocated and critical health care needs will go unmet.

Medicare itself offers some useful insight into the efficacy of government health care compared to private health care. Traditional Medicare, also known as Parts A and B, operates on a fee schedule and is the model on which Medicare for All is based. Part C is Medicare Advantage, a program created in 2003 under which Medicare beneficiaries can choose from competing private plans.

As a case-in-point, consider diabetes—one of the most important risk factors for many health issues, including heart attack, stroke, and kidney disease. Beneficiaries in Medicare Advantage had a diabetic complications rate of 8.2 percent as compared to 17.1 percent for those covered under traditional Medicare. At the same time, health care costs for Medicare Advantage beneficiaries were 5.7 percent less than those for traditional Medicare patients.

Patients on Medicare Advantage plans were also hospitalized 23.1 percent less and had 32.7 percent fewer emergency room visits than patients covered by traditional Medicare. It should be emphasized that the two study populations mirror one another in demographics and degree of morbidity.

These results show the value of competition in health care: Medicare Advantage plans provide higher quality care and manage chronic conditions better, which is critical for aging populations. Yet, Medicare for All will move the entirety of American health care to the traditional model that produces worse health outcomes at a higher cost than the Advantage model.

All the current deficiencies of traditional Medicare will only get worse as physicians start disappearing from medical practice.

According to the 2018 Physicians Foundation Survey, more than 1 in 5 physicians either limit the number of Medicare patients they see or refuse to see them at all. For Medicaid, the number is almost 1 in 3.

The situation is particularly bad in primary care. True to its name, primary care is generally the entry point into the medical system, and access to it is associated with better health outcomes. According to the survey, 32 percent of primary care physicians limit or refuse Medicare patients; the figure is 36 percent for Medicaid patients.

While the Physicians Foundation Survey did not ask the reason doctors limit or refuse Medicare or Medicaid patients, the results show that salaried physicians were less likely than doctors who own their own practice to refuse these patients. Over 50 percent of practice owners limit or refuse Medicare patients. Practice owners feel the brunt of the difference between private and government payments, whereas employed physicians are often paid in a manner agnostic of the insurance type. 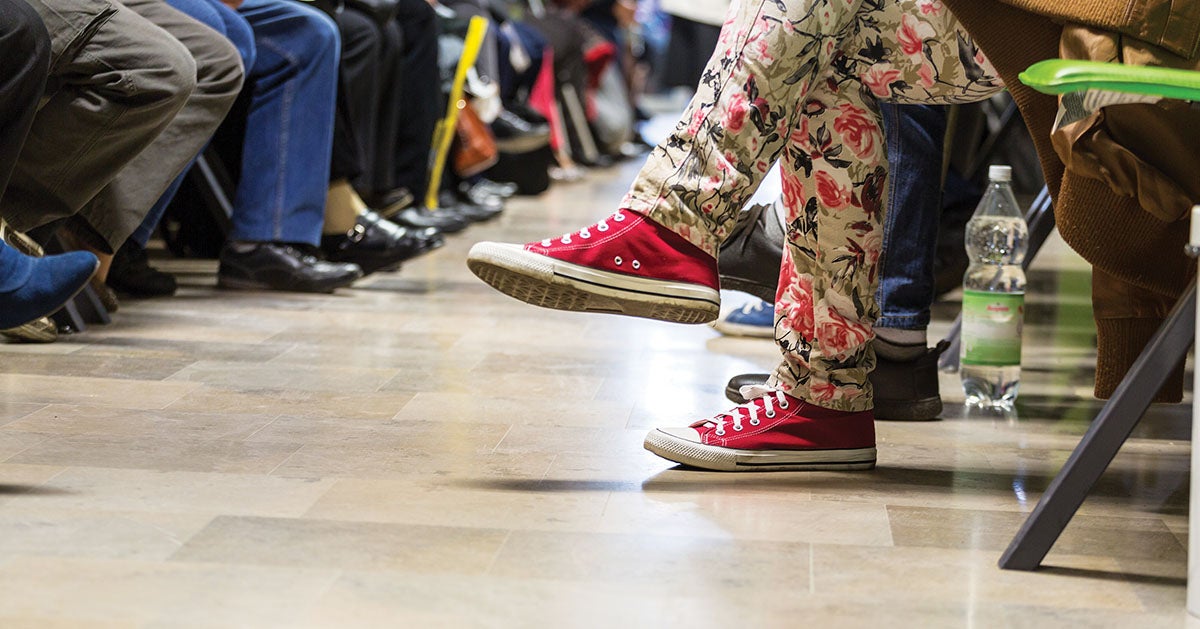 The United Kingdom’s National Health Service provides a sobering example. The NHS has set itself the goal of treating all emergency patients within four hours of their arrival at hospital. Yet, when surveyed by the British Medical Association, British physicians have consistently cited inadequate resourcing and staffing as contributing to emergency patient wait times frequently in excess of four hours. The problem came to a head in 2018 when a particularly virulent strain of influenza and a heat wave caught the NHS with a dire shortage of hospital beds. Average wait times skyrocketed, and tens of thousands of procedures were delayed or canceled in an attempt to alleviate the staff workload. The situation has deteriorated such that NHS England is planning to eliminate the four-hour standard altogether.

Medicare for All Would Practically Outlaw Private Medicine

NHS offers one great advantage over Medicare for All: the British system allows physicians, insurers, and patients to contract privately for health care services. Private insurance plans are often used in the United Kingdom by patients who have grown frustrated with NHS waiting times, and such plans have recently regained popularity. Medicare for All, by contrast, would outlaw this exact behavior.

Section 107 of the Medicare for All bill says: “it shall be unlawful for— (1) a private health insurer to sell health insurance coverage that duplicates the benefits provided under this Act.” In other words, it will be expressly illegal for any private company or employer to provide health benefits that compete with the government, although the bill is gracious enough to allow insurers or employers to provide for everything not covered in the legislation.

This provision to outlaw private plans that duplicate government coverage, allowing only the sale of supplemental plans, is similar to Canadian Medicare, which covers all Canadian citizens. In Canada, approximately 30 percent of health care spending is private spending, with 12.4 percent coming from private insurers, according to the Canadian Institute for Health Information. The Canadian system, however, does not include dental, vision, and prescription drug coverage, and this is generally the space in which Canadian insurance operates. Medicare for All would leave almost no room for the private sector. Essentially, cosmetic surgery and experimental drugs would be the only areas in which private provision is allowed.

If Medicare for All passes, you will not keep your health care plan. And you will not be able to find one if you so choose. Proponents of Medicare for All argue the loss in choice is a worthy tradeoff, but they will have to countenance the government’s having the final say in health care choices between patient and provider. Title II of Medicare for All gives the secretary of health and human services authority to determine what items or services are “medically necessary or appropriate for maintenance of health.” If the government program works as planned and is administered by a wise and benevolent bureaucracy, then there should be no problem. Real world examples tend to suggest otherwise.

The NHS, for instance, decided to cut or limit coverage for certain procedures in an effort to control costs, deeming certain procedures, such as tonsillectomies, “unnecessary.”  There are certain indications for tonsillectomy, including airway obstruction or recurrent infection, and the necessity of it should be decided in the clinic rather than by a government bureaucracy. Even routine procedures are not safe from cutbacks in the event of shortages of hospital beds, and some 50,000 scheduled operations were canceled due to last year’s harsh flu season.

It is theoretically possible for an individual to avoid that kind of government intrusion into his health choices. Enrollment in Medicare for All would not be required, but individuals would have to opt out in order to avoid it. Likewise, participation as a provider technically would be voluntary. But the bill makes it virtually impossible to practice medicine without participating in the program.

Under Title III, nonparticipating providers could not bill the government for services offered under Medicare for All. And if the provider does furnish such a service, he or she would have to submit an affidavit affirming the service and could not participate in Medicare for All or treat anyone covered by it for a period of one year.

Thus, if a patient wants to avoid waiting for an appointment with a physician and contract with one privately, that physician either would have to renounce his participation in Medicare for All, which would cover practically everyone in the United States, or he already must have been practicing outside the program.

There likely would be a market for direct primary care physicians, otherwise known as concierge medicine doctors, but it is unrealistic to expect these services to be widely available to the average American.

In essence, we would see a two-tiered medical system: one for most Americans, and one for wealthy Americans. This is a common complaint in Canada, and one of the ways the Canadian Medical Association has suggested to address it is by contracting more with, interestingly, private insurers.

Medicare for All would make it nearly impossible to practice medicine outside of participation in the program. Patients would have little other option than to accept the medical decisions of the HHS secretary.

Medicare for All disregards what we know of markets and of the laws of supply and demand; though the law mandates medical coverage for all, it does nothing to increase the number of providers of medical care. And without more providers of health care, there will not be more health care.

There is a great deal to be done to improve American health care. Increasing transparency for health care prices is a good start. Regulatory reform could free providers from the burdens of bureaucratic paperwork and empower patients as consumers to make informed decisions about their own health.

It is the American spirit to innovate our way to better solutions, and any future reform must allow innovation to happen rather than strong-arm the country into what this or that politician thinks is a good idea. Medicare for All has been presented as a remedy to our problems, but based on all we know, the cure will be worse than the disease.

Mr. Pham is a medical doctor and a freelance writer on health care policy. He is a former graduate fellow in health policy at The Heritage Foundation.