What Can Be Done to Make Schools Safer?

Having the right diagnosis is important; a wrong diagnosis too often leads to an ineffective treatment. Many on the Left have diagnosed an epidemic of school violence as a malady that must be “cured” with severe restrictions on the fundamental rights of law-abiding citizens. Neither the diagnosis nor the proposed cure is consistent with the reality of the symptoms.

By all relevant measures, America’s schools are safer today than they have been at any point in the last 30 years, even though the number of privately owned firearms has increased by 50 percent.

Violent deaths of any kind on K-12 campuses are incredibly rare—the National Center for Education Statistics estimated that there was one homicide or suicide on school property per 2.8 million students during the 2013-2014 school year. Even though children spend a significant portion of their time at school, fewer than 3 percent of all youth homicides occur on campus.

Firearm-related deaths are even rarer. Out of America’s 55 million K-12 students, an average of 10 will die every year from gunfire at school. That is certainly 10 too many, and we should not be satisfied until the number is zero. But for context, roughly 800 students will die this year during their normal course of travel to and from school.

Mass shootings at school strike terror into the hearts of parents. But one reason these tragedies feel so earth-shattering is because they occur so infrequently. Since 1990, there have been 22 multiple-fatality school shootings—an average of less than one per year among the nation’s more than 100,000 K-12 schools. Only nine of those have resulted in four or more deaths. Moreover, in terms of five-year averages, the rate of school shooting deaths is on the decline.

Parents should never have to fear for the safety of their children at school, but the prescriptions suggested by the Left will have little substantive effect precisely because the diagnosis is wrong.

Raising the minimum age of firearm purchases to 21 assumes that school shooters are purchasing their own weapons. Most often, however, they use firearms legally owned by parents or friends and which they accessed without permission. This is underscored by the fact that most school shootings are carried out with handguns, which already have a minimum purchase age of 21.

Banning so-called “assault weapons” will also prove ineffective: Most school shooters do not use them. We need only look to California, which prohibits “assault weapons” but which has suffered far more school shootings since 2000 than Texas, which does not. Studies also show that handguns with extra magazines can cause equal amounts of carnage, as evidenced by the use of handguns in the April 2007 massacre at Virginia Tech, the deadliest school shooting in U.S. history.

If we are to ensure the safety of our schools, we must embrace reality as we find it and let our policies be shaped by facts. Our children deserve nothing less.

Ms. Swearer is a Legal Policy Analyst at The Heritage Foundation.

We can begin by taking better care of the mental health of our children.

The Anxiety and Depression Association of America has released some alarming statistics. Since 2010, clinical depression among adolescents is up more than 33 percent. Suicide attempts are up more than 23 percent, and successful suicide has increased by more than 31 percent.

Teenagers from every race, economic background, and ethnicity are at risk. Research by Thomas Joiner, a professor of psychology at Florida State University, finds that children who spend more than five hours per day online are more likely to have suicidal thoughts, make suicide plans, and attempt suicide.

What are teenagers giving up in order to spend so much time online? Sleep.

If you were to look through the DSM-V (Diagnostic and Statistical Manual of Mental Disorders), you would find that sleeping issues are associated with most mental health problems. If you were to talk to primary care physicians, you would learn that sleep time and sleep quality are important for normal physical development.

As children and adolescents spend more time online, they experience an increase in feelings of social isolation, depression, and anxiety.

What should be done?

Parents must be more involved with their kids’ lives. Parents should know with whom their kids are spending time and what they are doing online. Many parents do not know what their kids are doing until what their kids do leads to consequences. Involved parents also need to be in contact with school personnel or any other adults involved in their kids’ lives. Parents also must encourage more involvement in sports, extracurricular activities, and employment for their kids. Children and adolescents who are more involved in those activities have higher reported self-esteem, improved emotional development, and better social skills than those who are not.

Parents should know the warning signs. Parents and school personnel who are well trained in the common symptoms of clinical depression and anxiety get help for their kids. Common symptoms include social/academic withdrawal, irritable mood, sleep disturbance, self-injurious behavior, and suicidal thoughts. Children and adolescents who receive treatment are less likely to experience emotional development delays and behavioral problems.

Parents should be familiar with community resources. Private providers of mental health care can be found online or from a referral from a school, a court, or a primary care provider. PsychologyToday.com
hosts a searchable database of therapists.

Many counties have a community service board that can provide outpatient therapy and more intensive programs, such as day treatment or residential treatment. Parents should be aware that sometimes programs are overwhelmed and individuals in need of care are placed on a waitlist.

Mr. Ryan is a licensed therapist at Duffy Counseling in McLean, Va.

It has become almost customary to see a school shooting followed shortly thereafter by a divisive gun control debate. Nothing changes; the public moves on—both sides angrier than before—while we wait for the next one. But whatever your views on guns, it wasn’t laws that failed before the Parkland school massacre.

Every American agrees that psychopathic criminals should not be allowed to acquire firearms legally. Nikolas Cruz was a psychopath, but he was never committed. He was a criminal, but he was never arrested. It was the humans that failed. The killer skated under the radar, known to some but caught by none. So, when he went to purchase a rifle, no red flags popped up, and when the FBI got a tip, they saw a young man with a clean record. 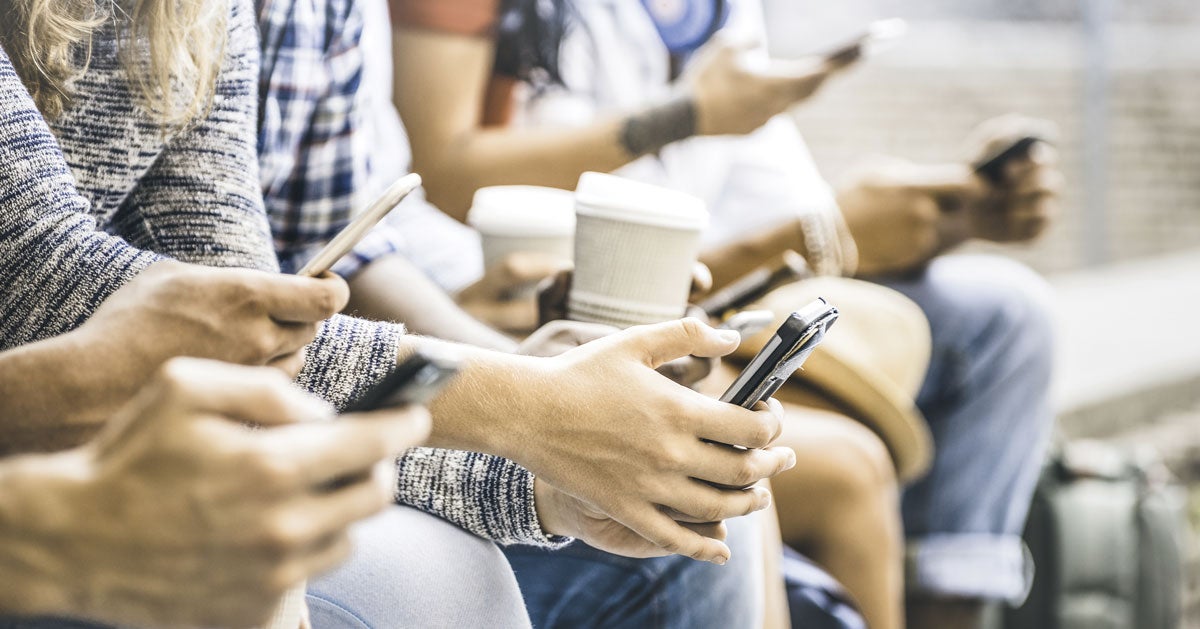 The worst part of it all is that this human failure was not a policy failure. It was a product of a policy working, albeit not how its proponents desired.

Broward County, the home of Parkland, is ground zero for “discipline reform,” which is intended to fight the so-called school-to-prison pipeline. Social justice activists noted the strong correlation between students who get disciplined and students who drop out or get incarcerated. They thought: “If we can get suspensions, expulsions, and law enforcement referrals down, we’ll be doing everyone a favor.”

The Obama Department of Education issued a “Dear Colleague Letter,” telling school districts they could be liable for an intrusive civil rights investigation and possible loss of federal funding—even if their rules were entirely fair and administered fairly—if students of different races were disciplined at different rates. The notion that poverty or family structure could affect behavior was categorically rejected. Everything was the school’s fault.

In this system, superintendents needed to get the discipline numbers down. They’d get in trouble if they didn’t, and get praise from the press if they did. Principals knew the district’s goals, and felt pressure to not administer discipline. They passed that pressure along to the teachers, who knew that their principal would be less willing to have their back on misbehavior. The discipline stats got better, but classrooms got worse.

In Broward County, teachers’ union president Ana Fusco commented that teachers tell her that when they go to their principal about a misbehaving student, the principal blames them and does nothing. She noted that hundreds of teachers have spoken to her about the “unspoken rule” to not send kids to the principal’s office.

This has become standard practice in school districts across the country. Administrators have put statistics over students. School safety is about so much more than just preventing shootings. It’s about the adults being able to step in and protect students from bullies—to maintain order. We’ve systematically disempowered educators from exercising their better judgment. So if you want to make schools safer, go to your local school board; ask the members if they’re trying to show “progress” by lowering disciplinary statistics. And, if they are, tell them to put students first once again.

Mr. Eden is a senior fellow at the Manhattan Institute.

Expanding school choice will give us more school safety.

Government schools are struggling to keep kids safe. According to the most recent year of data available from the National Center for Education Statistics, 69 percent of public schools recorded violent crimes on their campuses, while one in every five students reported being bullied at school. To combat safety issues like these, decision-makers are putting more police officers and metal detectors in schools. But these measures are just Band-Aids. The real issue is systemic.

A peer-reviewed journal article—coauthored by Danish Shakeel and me—sheds light onto this topic. We take advantage of the nationally representative “Schools and Staffing Survey” to examine whether schools of choice are safer than traditional public schools. The school choice advantage is stronger than we expected.

We’ve systematically disempowered educators from exercising their better judgment. So if you want to make schools safer, go to your local school board; ask the members if they’re trying to show “progress” by lowering disciplinary statistics.

In order to make apples-to-apples comparisons, our models all control for characteristics such as student and teacher racial composition, student socioeconomic status, urbanicity, school level, school size, and safety practices within schools. We find compelling evidence that, all else equal, schools of choice are much safer than traditional government schools. These results hold across various statistical models and for multiple safety-related outcomes.

School choice introduces competitive pressures into the education system. Private and public schools of choice must entice families to opt their children out of the residentially assigned option. One way private school leaders do that is by showing families that their schools are safe. When given the opportunity to choose schools, families consistently prioritize safety over academics. And that’s a smart move by parents; they are simply following Maslow’s hierarchy of needs. After all, what good is the Pythagorean Theorem when school gang activity, drug-use, and fighting lands a kid a spot in the slammer?

Private school leaders who understand families’ needs have the autonomy to shape their institutions’ cultures. In a system of choice, safe schools prosper while dangerous schools either shape up or shut down.

We all know that simply throwing more government regulations at public schools won’t make them safer. And more police officers, metal detectors, and random dog searches will only make children in public schools feel like prisoners. These measures are just Band-Aids that ironically make the underlying problem worse. School choice is the antidote.

Mr. DeAngelis is an education policy analyst at the Cato Institute’s Center for Educational Freedom.