Religious institutions cannot be discriminated against merely because they are religious. On June 26, the Supreme Court ruled that Missouri violated the U.S. Constitution when it barred a preschool and daycare center from a program that provided funding for the replacement of playground surfaces with material made from recycled tires. The state’s reason for denying the funding was that the center was affiliated with the Trinity Lutheran Church. According to the state, the Missouri Constitution prohibits the state from providing funds to religious schools.

That determination, said the Supreme Court, violates the U.S. Constitution’s Free Exercise of Religion Clause. “There is no dispute,” wrote Chief Justice Roberts, “that Trinity Lutheran is put to the choice between being a church and receiving a government benefit.”

The decision, as Neal McCluskey points out, is “a blow against patently unequal treatment of religious Americans under state laws,” but “it is not sufficient to throw open the doors to full freedom and equality in education.”

[A]s Justices Thomas and Gorsuch note in their concurring opinions, the Trinity decision keeps in place the ruling in Locke v. Davey (2004) that a state could deny a student a scholarship otherwise available to him because he planned to study to become a minister. Trinity supports the rationale of denying funding for someone to learn to propagate religion. But why should someone be barred from accessing otherwise generally available funding only because the profession he wished to follow was religious? From a school choice perspective, if a goal of sending your child to a religious school with a voucher is that he or she will learn to evangelize, precedent still stands in your way.

[Neal McCluskey, “Trinity Lutheran Ruling Only Gets Us Closer to Equality in Education,” Cato Institute, June 26]

Why should someone be barred from accessing otherwise generally available funding only because the profession he wished to follow was religious?

In order to get more health care, we need more doctors. By 2030, according to the Association of American Medical Colleges, the United States will face a physician shortage of at least 40,000 and the shortage could be as high as 105,000. The problem, as Kevin Dayaratna and John O’Shea write, arises because graduate medical education (GME) is largely controlled by government funding:

In the 1960s, the federal government became involved in post-graduate medical training when federal funding for GME became part of mandatory spending in the Medicare program. Federal support of GME was never intended to be permanent, yet has remained the primary funding source of residency programs for the past 50 years. […]

Partially to address the rapidly rising costs of GME and in response to warnings of a physician surplus, the Balanced Budget Act of 1997 included several provisions relating to GME, most importantly the imposition of a cap on the number of Medicare-funded allopathic and osteopathic residency slots at 1996 levels. This cap has remained in place ever since. […]

Because GME funding goes directly to the teaching institutions, this money is often focused on the narrow needs of the teaching hospital rather than the broader health care needs of the population as a whole. In general, the U.S. has not adequately supplied the training needed to meet the demand for, among others, primary care physicians and general surgeons, especially for rural areas of the country. […]

In a free market, resources are consistently adjusted in a manner that allows supply to be consistent with demand. When demand changes, supply also responds in a corresponding manner. The current GME system, on the other hand, is incapable of adequately responding to market forces, leaving many highly qualified medical school graduates without residency training positions in the main residency match.

As a result, despite the growing physician shortage, many medical graduates are unable to enter the field and treat patients in any capacity. In 2017, there were nearly 5,000 medical graduates in the U.S. who did not place into a residency program during the main residency match.” 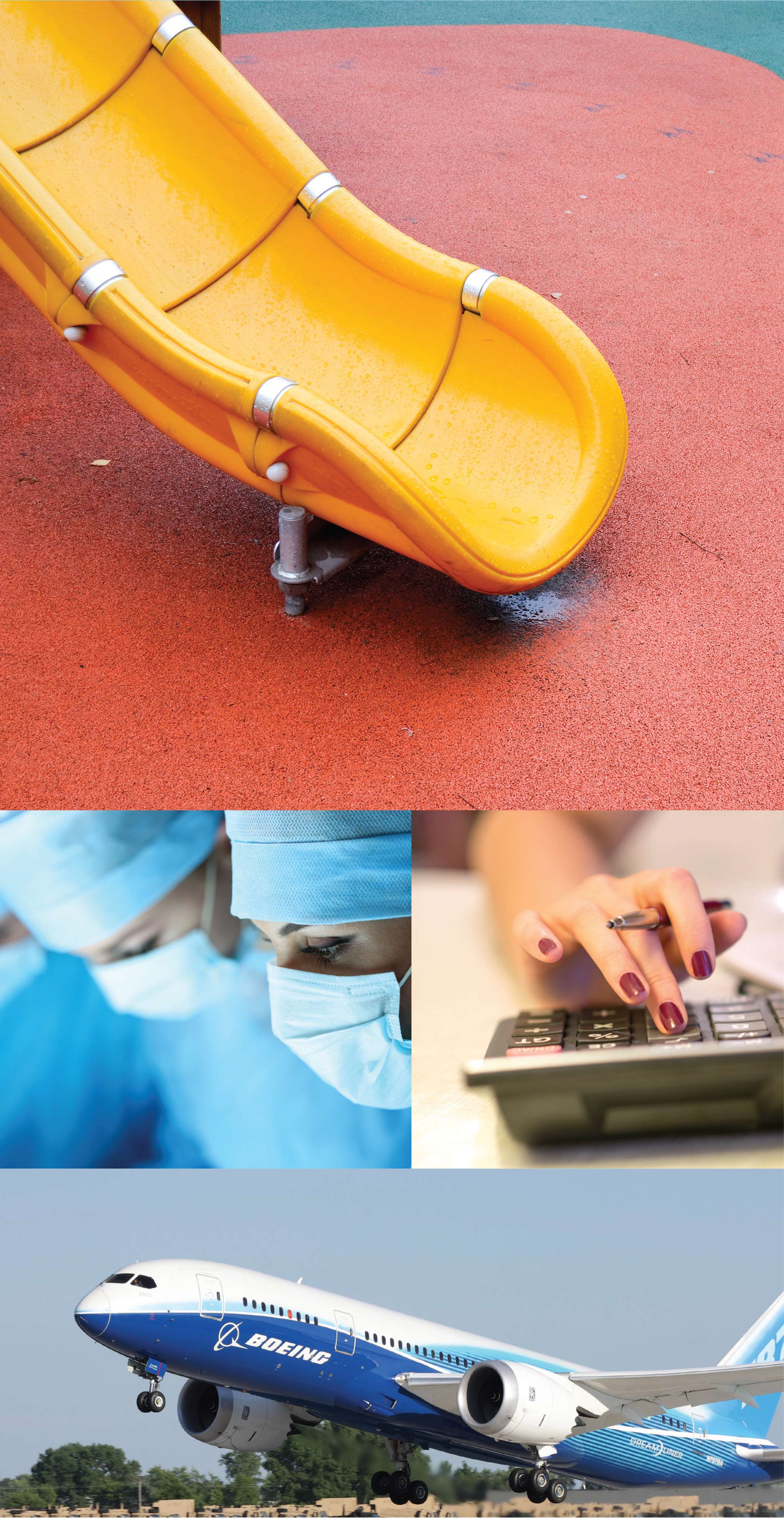 The solution, they write, is to create provisional medical licenses that allow medical graduates to enter the field of medicine:

To take advantage of the existing surplus of talent in the U.S., policymakers should allow medical school graduates to practice under provisional medical licenses. State governments could establish provisional licenses that would enable medical graduates to work under the supervision of a primary care physician or hospital to assist in care and acquire training. Medical graduates, both American and international, who have passed the United States Medical Licensing Exams, or equivalent proficiency examinations, should be eligible for this type of licensing.

[Kevin Dayaratna and John O’Shea, “Addressing the Physician Shortage by Taking Advantage of an Untapped Medical Resource,” The Heritage Foundation, May 31]

Time to end Ex-Im once and for all. What’s up with the Export-Import Bank since July 1, 2015—after which point it lost the ability to extend loans above $10 million? Veronique de Rugy reports that the limits on Ex-Im have not hurt either Boeing or U.S. exports:

First, companies on the top 10 beneficiaries list haven’t been doing any better or worse without Ex-Im. Take Boeing, for example. It is the No. 1 beneficiary of the bank and has continued to prosper and sell commercial planes all over the world. No surprise here, because 90 percent of Boeing planes were sold without any help from Ex-Im.

There are now nearly 3 million fewer people with unsubsidized individual coverage than in 2013, the year before the government began doling out Obamacare premium subsidies.

U.S. exports in general don’t seem to have been affected by the end of Ex-Im, either. Monthly trade numbers from the U.S. Commerce Department show a downward shift in U.S. merchandise exports beginning in January 2015—six months before the bank’s charter expired. The slowdown also seems to affect service exports, which would indicate that Ex-Im funding was not the explanatory variable.

Also, the 2017 data, when compared with the data from the same period in 2016, show exports rebounding without any change in the status of Ex-Im. As my colleague Dan Griswold, the co-director of the Mercatus Center’s Program on the American Economy and Globalization [...] noted, “the bottom line is that U.S. export growth was decelerating beginning in 2012 and has picked up again in 2017, driven mostly by global growth rates. The Export-Import Bank’s status was simply not a factor.”

Under Obamacare, unsubsidized individual insurance is going away. Doug Badger:

Despite $146 billion in federal subsidies to low-income households and well-capitalized insurers, 2.6 million fewer people had individual policies in March 2017 than in March 2016, a drop of nearly 15 percent.

The most precipitous decline has occurred among people who pay their own premiums without government help. The number of those with unsubsidized coverage fell by nearly one-fourth between March 2016 and March 2017, from 11 million to less than 9 million. There are now nearly 3 million fewer people with unsubsidized individual coverage than in 2013, the year before the government began doling out Obamacare premium subsidies. If the current trend persists through December, the individual market as a whole will insure fewer people this year than it did in 2014.

Obamacare is insuring more poor people and uninsuring millions of middle-income people. That suits the Democratic Party and many congressional Republicans just fine. They measure social progress in the number of people receiving government assistance. Those struggling to pay their own way evoke little sympathy. Lawmakers of both parties, whose consciences were lacerated by CBO’s theory that millions would “lose” coverage under the GOP’s “repeal and replace” legislation (most of those “losses” the result of people voluntarily dropping insurance once the individual mandate was repealed) are unmoved that millions actually have lost coverage under the law they fought to preserve.

Legislators do, however, grieve over insurance-company losses. The [New England Journal of Medicine] [...]  urged Congress to “bolster insurers’ confidence” through a “permanent reinsurance program”—a new entitlement to corporate welfare.

It is a familiar story: Corporations get bailouts, the poor get benefits, and those in between get the bill. Government will tax people to subsidize insurance companies whose product they themselves can’t afford.

Tax increases were supposed to fix Illinois’s budget woes in 2011—but they didn’t. In early July, the Illinois Legislature—over the veto of Governor Rauner—raised the state’s personal income tax by 32 percent. From Ted Dabrowski and John Klingner, here is a reminder of what happened last time Illinois tried to fix its budget mess with tax increases:

In 2011, Illinois politicians enacted a record 67 percent income tax hike on individuals and a 46 percent corporate income tax hike. Springfield politicians promised the additional revenue would stabilize the pension crisis, pay down the state’s unpaid bills and help the economy.

The tax hike took an additional $32 billion from taxpayers’ wallets from 2011 through 2014. Yet none of the politicians’ promises came true.

The state’s bills weren’t paid off. Instead, they were reduced by less than $2 billion. The state still had $6.6 billion in unpaid bills to go when the tax hike expired.

Illinois also suffered one of the weakest economic recoveries in the nation. The state’s manufacturing base collapsed and never recovered as in neighboring states. In fact, Illinois still has fewer jobs now than it did in the year 2000.

And Illinois’ pensions didn’t get any better. The debt taxpayers owe worsened by more than $20 billion over the four-year tax hike period.

That $20 billion-plus increase occurred despite the fact that most, if not all, of the tax hike went to pay for Illinois’ growing pension costs.

Prior to the tax hike, politicians had put off dealing with the state’s growing pension crisis by borrowing. Blagojevich issued a massive $10 billion pension bond in 2003 to paper over the problem.

Quinn then borrowed a total of $7 billion to pay for pensions in 2010 and 2011. Required pension contributions jumped from 2007 to 2009, putting even more pressure on the budget in the absence of reforms.

And when borrowing was no longer an option, the General Assembly passed the temporary income tax hike under the pretense it would fix many of Illinois’ woes.

According to Senate President John Cullerton, at least 90 percent of the tax hike revenues—out of a total of $32 billion—went to fund the state’s growing pension obligations. 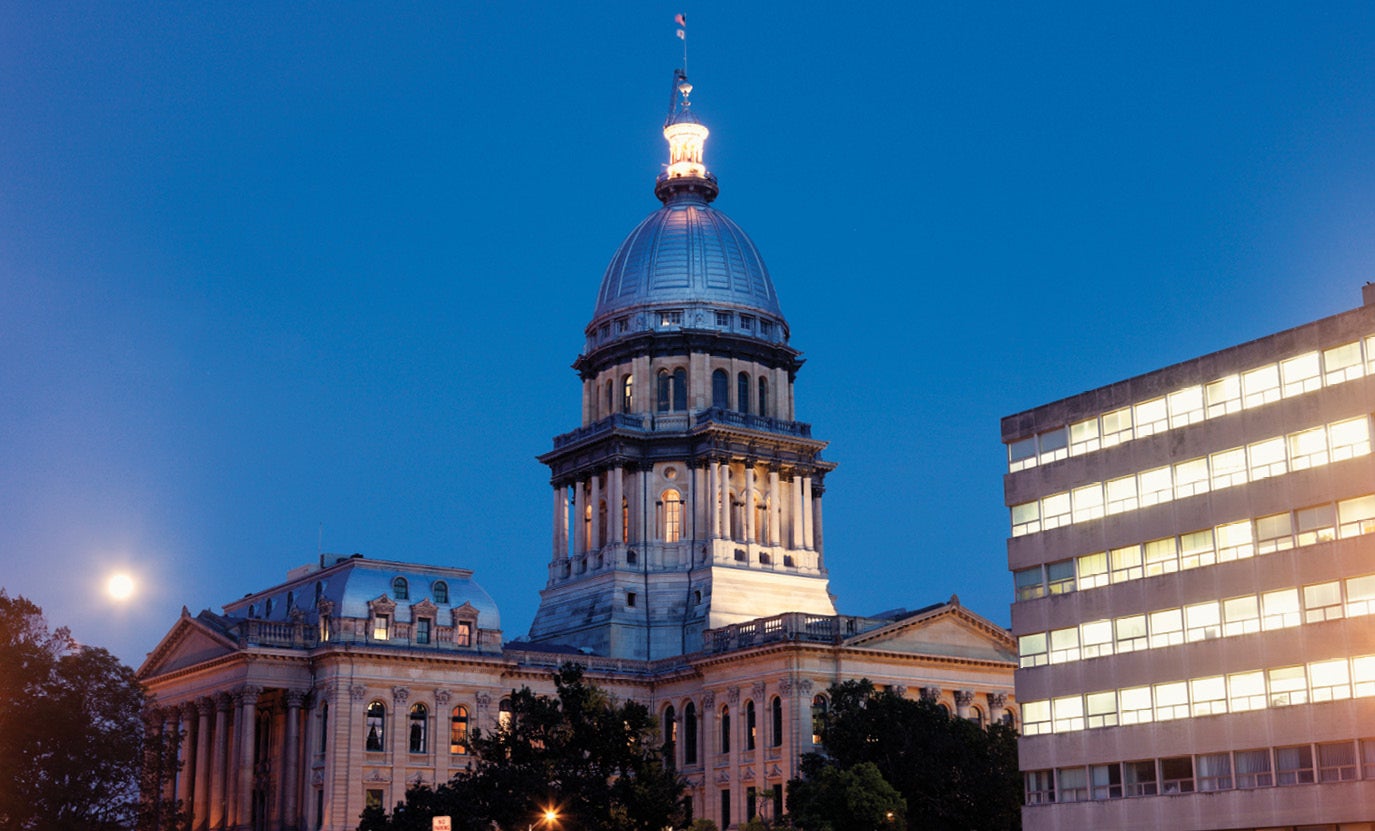 No, taxes on the top 1 percent are not low by historical standards. Scott Greenberg writes:

How could it be that the tax code of the 1950s had a top marginal tax rate of 91 percent, but resulted in an effective tax rate of only 42 percent on the wealthiest taxpayers? In fact, the situation is even stranger. The 42 percent tax rate on the top 1 percent takes into account all taxes levied by federal, state, and local governments, including: income, payroll, corporate, excise, property, and estate taxes. When we look at income taxes specifically, the top 1 percent of taxpayers paid an average effective rate of only 16.9 percent in income taxes during the 1950s.