What Policy Changes Would Do the  Most Good for the Economy Right Now?

The most pressing policy change today is a reduction in the maximum federal corporate income tax rate. If all corporate income that is taxed at the current 35 percent tax rate were to be taxed at 15 percent, as has been proposed by the President, we would experience incredible economic growth, and the budget deficit would decline.

It’s imperative that this tax reform applies to the top rate. The historical record shows that reductions in the maximum rate produce the greatest economic effects. The 1981 Reagan tax cut took effect literally on January 1, 1983, (legislated tax cuts were fully phased in). From January 1, 1983, through June 30, 1984, U.S. real GDP growth was 12 percent, or a little less than 8 percent on an annual basis. It is amazing what an economy can do with a 12 percent increase in output over a very short period of time.

Cutting the corporate income tax rate to 15 percent, in static terms, would be a 57 percent reduction in tax revenue (20 ÷ 35). But that isn’t the whole story. There are domestic and international supply-side economic, behavioral, and reporting responses that do and will occur:

Productivity, employment, and the volume of corporate profits: Quite simply, existing companies will find profits more attractive at a 15 percent tax rate than they do at a 35 percent tax rate. Incentives do matter after all. People don’t invest in businesses to pay taxes; they invest in businesses to earn after-tax profits. I believe that, along with other pro-growth policies, a corporate tax rate cut to 15 percent will also increase annual productivity growth by something like 1 to 2 percentage points per year over the coming decade, and a higher employment-to-population ratio will come with that.

Decreased sheltering and tax evasion: If the tax rates were lower, the incentives to shelter income would also be lower, and effective taxes would fall by much, much less than the fall in the highest tax rates. If it suddenly becomes cheaper to just pay the tax than to pay an attorney to find a way around the tax, you can guess what will happen. The same logic is true for the illegal version, tax evasion.

Location: If the United States were to cut its corporate tax rate à la President Trump’s plan to 15 percent from 35 percent, inversions from the United States into foreign tax jurisdictions would not only disappear as they did after the 1986 tax cut, bringing back gobs and gobs of U.S. companies’ profits and jobs, but we would also attract lots and lots of foreign companies to seek U.S. domicile for tax purposes (reverse inversions), thereby adding hugely to our corporate tax base.

All in all, a reduction in the corporate income tax rate from 35 percent to 15 percent would create enough real economic growth that the tax cut would pay for itself.

Mr. Laffer is the Founder and CEO of Laffer Associates in Nashville, Tenn. He is one the founders of the supply-side school of economic thought.

With historically low rates of investment, American investors have earned excellent returns since the Great Recessions; wages have been left in the dust. Paradoxically, the solution for workers is more investment. Framed another way, it makes more sense: Workers and capital investments are complements, and when one is scarce, the other suffers. Boosting the amount of investment will lower the (pre-tax) return on each dollar of investment and increase the return on each hour of human labor.

Corporate tax reform is a big-ticket federal debate that attracts a lot of attention. Local land-use regulations comprise a forest of restrictions on investments. Restoring American investment opportunities—and, hence, job opportunities—is a decentralized project that can start without waiting for Congress and must continue long after Congress takes care of tax reform (knock on wood).

Restoring American investment opportunities— and hence job opportunities—is a decentralized project that can start without waiting for Congress and must continue long after Congress takes care of tax reform.

At the federal level, corporate tax reform should be judged by its likely effects on all participants in the economy, not its direct impact on specific corporations. That means that creating a complete and immediate deduction for all new investment—something wonks like me call “expensing”—is the first priority. Lowering the tax barrier to starting and growing a business will increase the after-tax return on each dollar of investment. As more investment crowds in, the pre-tax return will drop and average wages will rise. Investors will be no worse off—their after-tax return will be the same or better than before the reform.

Land-use regulations, such as zoning, parking minimums, and height limits are a pervasive source of waste and a barrier to growth. The most productive cities in the United States are usually also the most expensive—and the cost is out of all proportion to the productivity. America’s Silicon Valley ought to be a global megacity built around the world’s most dynamic industry; instead it’s a club for the already-successful. That is largely a result of barriers to physical investment that would add not just more software companies, but also the full gamut of service industries that employ most middle-class Americans.

Restoring investment would boost worker productivity and wages. It would keep innovative, fast-growing companies in the United States. It would make government finance less of a headache: more taxpayers, fewer people on unemployment insurance or welfare. It would boost competition in the growing number of sectors where just a few megacorporations dominate.

Americans need a boost. Policymakers at the highest and lowest levels of government can deliver it.

Mr. Furth is a research fellow in macroeconomics at The Heritage Foundation.

Lawmakers hope to reform the tax code comprehensively by the end of the year for the first time in more than 30 years. One of their many goals in reforming the code is to promote economic growth. House Ways and Means Chairman Kevin Brady has argued over the past few months that tax reform can create jobs, boost wages, and grow the economy. Indeed, reform can accomplish those things. However, tax reform needs to be done right. If lawmakers hope for improved economic growth and living standards for Americans through tax reform, there is one policy they should prioritize: full expensing of capital investments. 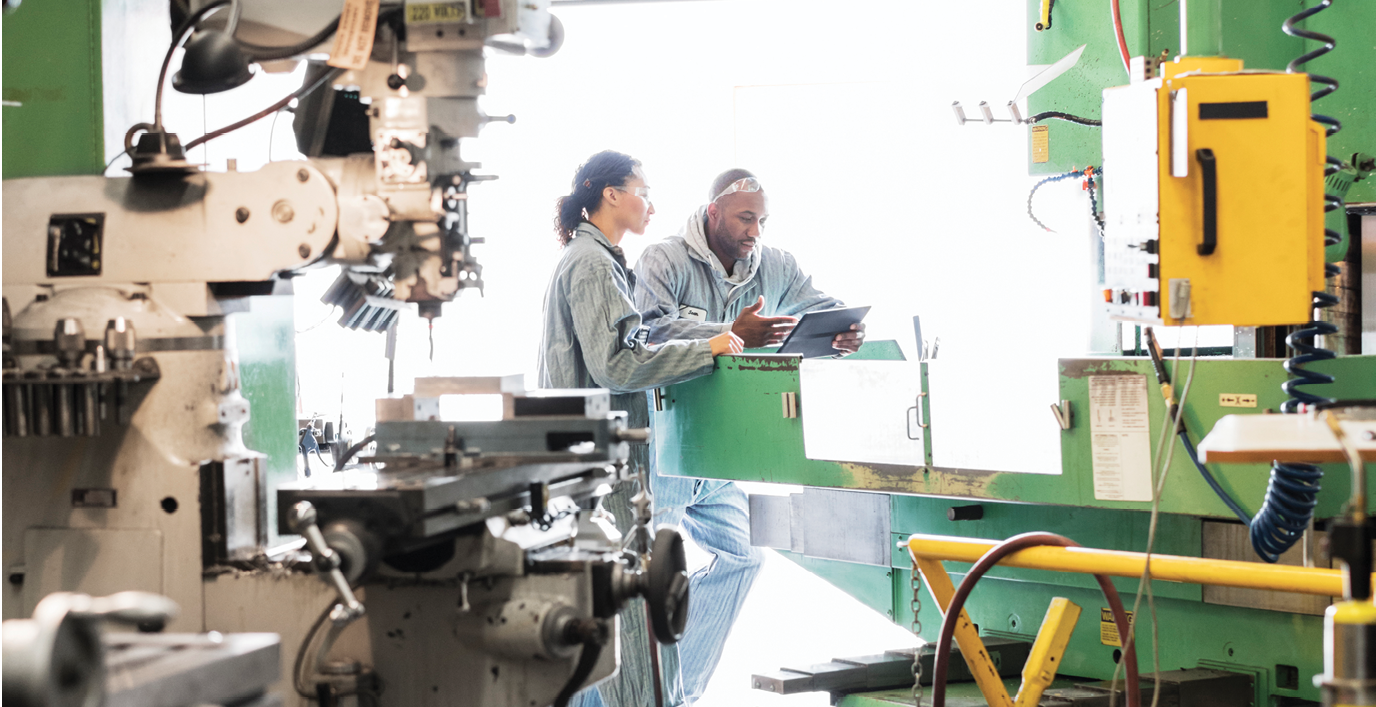 Under current law, the corporate income tax is biased against new investment. When a company purchases a new machine, or builds a factory, it is required to deduct or write off that investment cost over several years or decades in stages, determined by schedules defined by the Internal Revenue Service. Because companies need to delay, sometimes for more than three decades, deducting the cost of major capital purchases, they effectively lose recovering the full cost through the tax code. This is because inflation and the time value of money greatly erode the value of deductions in the future. What this means is that not only are the profits from an investment taxed, but a portion of the investment itself is taxed by the corporate income tax.

If tax reform is to meaningfully grow the economy and improve Americans’ living standards, it should include full expensing of capital investments for all businesses.

Enacting full expensing would eliminate the bias against investment and grow the economy. At the Tax Foundation, we estimate that enacting full expensing for corporations alone would increase economic growth by 0.3 percentage points over the next decade. More importantly, that higher output would boost productivity and thus wages by 2.7 percent by the end of the decade. This means a worker earning $40,000 a year would see an additional $1,000 per year by the end of the decade in today’s dollars. To give a sense of scale, that is twice the benefit a similarly-sized corporate tax rate cut would provide to workers over the same period.

Lawmakers could grow the size of the economy if they reform the tax code. However, reform must be done right and include the right reforms. If tax reform is to meaningfully grow the economy and improve Americans’ living standards, it should include full expensing of capital investments for all businesses.

Mr. Pomerleau is the Director of Federal Projects at the Tax Foundation.

In financial markets there all sort of things that can be done. At The Heritage Foundation, we have modeled undoing the damage that the 2010 Dodd-Frank Act did, and while it’s only one estimate, the results suggest the impact would be huge: Undoing Dodd-Frank would grow the economy by a full 1 percent, on average over the next 10 years, with higher investment leading to higher wage growth.

The only question, really, is how do you start undoing the Dodd-Frank Act, and Heritage has offered many ways to do that. A good place to start is repealing the Financial Stability Oversight Council (FSOC). The FSOC is basically a super-regulatory body that’s made up of existing regulators. It imposes a needless regulatory layer in an already over-crowded field of federal regulators, and it identifies the firms that the federal government views as too-big-to-fail. Then, we could move on to getting rid of the Orderly Liquidation Authority (OLA). The OLA is essentially a taxpayer-supported alternative to bankruptcy, and it perpetuates the too-big-to-fail problem.

The law also imposes harmful government mandates on the derivatives market. Contrary to popular belief, these derivatives markets were regulated prior to the crash, and the overwhelming majority of these deals were done through commercial banks, the most heavily regulated of all the financial firms. 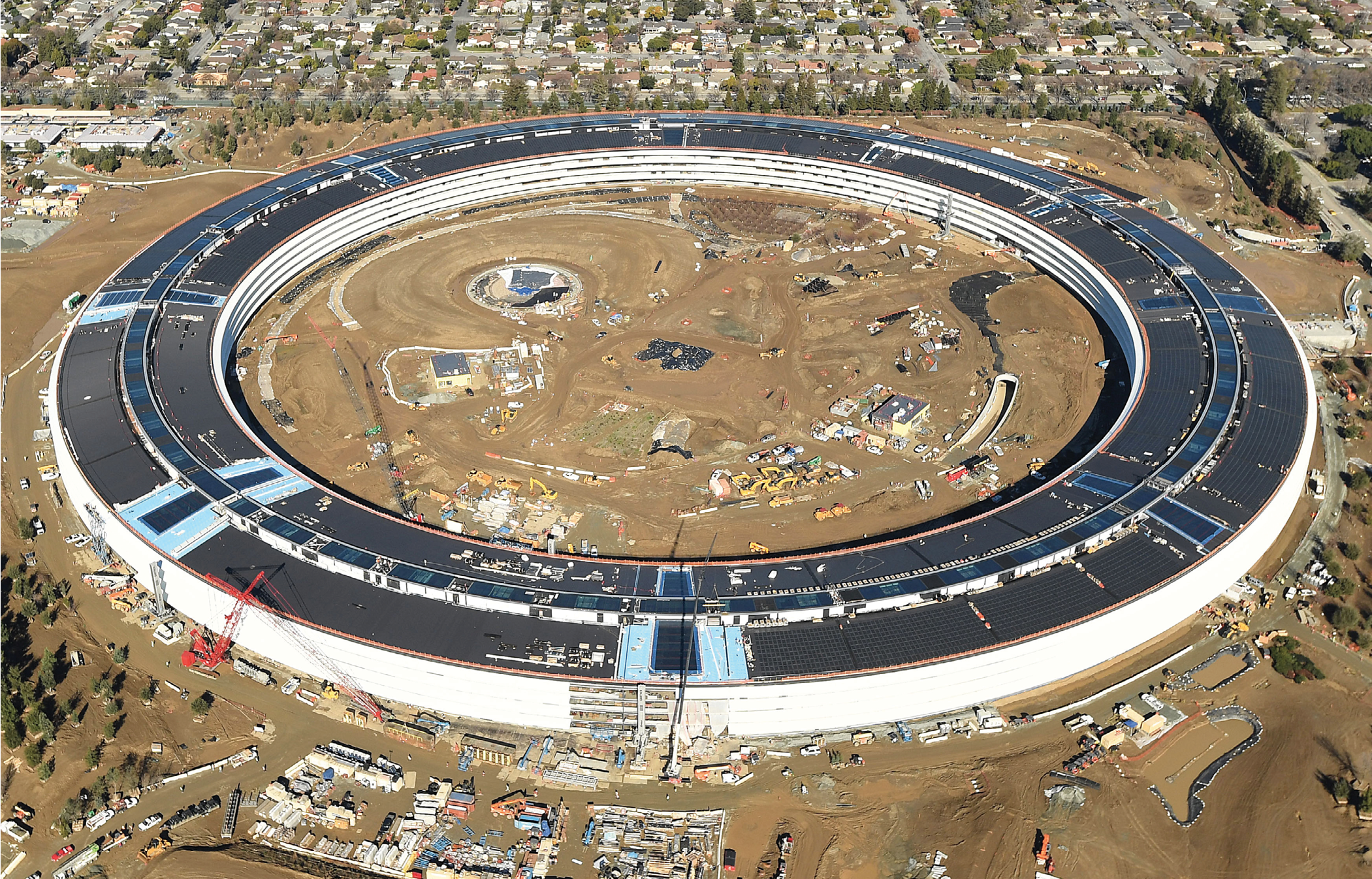 THE APPLE CAMPUS 2 is under construction in Cupertino, Calif. (credit: NOAH BERGER/ NEWSCOM)

Then there’s the Consumer Financial Protection Bureau (CFPB). Dodd–Frank granted the CFPB unparalleled rulemaking, supervisory, and enforcement powers over virtually every consumer financial product and service. It needlessly restricts access to credit without meaningful oversight from Congress or the executive branch, and it imposes compliance costs across the consumer financial sector.

Outside of Dodd-Frank, there are many other reforms that could expand the economy. Americans collectively shoulder more than $18 trillion in debt exposure from federal loans, loan guarantees, and subsidized insurance provided by some 150 federal programs. This redistribution of taxpayers’ money erodes the nation’s entrepreneurial spirit, increases financial risk, and fosters cronyism and corruption. Fannie Mae and Freddie Mac, the government-sponsored mortgage giants, represent two of the worst examples, and these entities should be shut down completely and permanently.

Both entities distort the market by issuing mortgage-backed securities with subsidized government guarantees, and they have consistently made housing more expensive and increased Americans’ risky debt. To begin winding down the GSEs, Congress should prohibit them from purchasing mortgages for non-owner-occupied homes or for “cash out” refinances. Congress should also ensure that the GSEs purchase only smaller loans and charge higher guarantee fees that adequately price the risks of the loans, and that bank capital requirements no longer provide preferences to the GSEs’ mortgage-backed securities.

Many other regulatory impediments limit entrepreneurs’ access to the capital they need to launch and grow new businesses, and Congress can fix this problem. For instance, Congress could expand the ability of sophisticated investors (by broadening the definition of “sophisticated investors”) to invest in private offerings so that entrepreneurs can more easily fund new companies.  Congress can also establish venture exchanges (special marketplaces for new, small company stocks) and replace the 14-plus different categories of securities-issuing firms with three simple disclosure regimes—public, quasi-public, and private.

Mr. Michel is the Director of the Center for Data Analysis at The Heritage Foundation.