When Republicans failed to fulfill their promise to repeal Obamacare this summer, they gave up not only an opportunity to improve health care policy but also an opportunity to show that someone in elected office has taken notice of the problem of the growth of arbitrary government power.

Certainly, retethering our government to constitutional constraints will require much more than just repealing the Affordable Care Act, but, as they say, you have to start somewhere. And the ACA was as good a place as any to start because of the myriad ways the law did damage to the presumption that political power in America is limited in scope, institutionally checked, and answerable to voters.

By now quite a number of constitutional and legal disputes about Obamacare are familiar: Can the power to tax be used not merely for raising revenue but to control behavior, for example, to induce purchase of the “right” kind of health insurance? Does “established by a State” mean “established by a State or the federal government”? Does a directive of an executive agency trump a provision of the law governing what health insurance is available to Congress itself? Can one Congress hand over decisions about health program reimbursements to an independent agency and put that delegation beyond the power of future Congresses to reclaim? Can the government provide subsidies to insurers for which Congress never appropriated the funds?

So far the answers to those questions, unfortunately, have been yes. But consider some even more basic matters. The Constitution gives all legislative powers to Congress, yet the ACA instructs the Department of Health and Human Services to write all manner of rules about how insurance markets are to function. These include rules about what health care services must be in employer plans, what services must be in individual plans, and what proportion of their revenues insurers must spend on health services and what counts as health services toward satisfying that requirement. Do we elect members of Congress merely so that they can tell the executive branch to achieve good things?

For a statute to operate as a law, it must contain rules that are clear enough for people to know what their legal obligations are. But Obamacare instructs HHS to exercise authority over matters that will defy the setting of clear standards. These include figuring out what insurance prices are reasonable and how to measure plan value, quality, and performance. Beyond those provisions, HHS may certify or not certify a plan for participation in the exchanges according to what it judges the public interest to be. Health insurance providers have no way of knowing for certain what they must do to ensure that they will be allowed to compete in the market.

Then there are the various administrative delays and suspensions of ACA provisions. These actions constitute another kind of intrusion on the lawmaking power. That is true even where the statute provides an authority to waive or suspend a requirement, because laws that are selectively enforced are not laws. When the Obama administration realized that Obamacare’s insurance market rules were going to deprive too many voters of insurance options that they valued, they began delaying the law’s requirements. The end dates for non-compliant plans were pushed back. The insurance mandate on employers was delayed—twice. Enforcement of the individual mandate was suspended. According to the Galen Institute’s count, the Obama administration unilaterally altered Obamacare over 40 times.

Obamacare’s assaults on the rule of law were made possible by a century of constitutional norms breaking down. That story is the story of progressive efforts to replace the Constitution’s design for self-government with an administrative state run by experts. We can start thinking about how to recover the Founders’ design by reading Adam Gustafson’s article at page 22 and our interview with Joseph Postell at page 15. 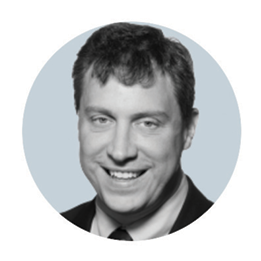