Heritage Explains: Why Is Patriotic Assimilation so Important? 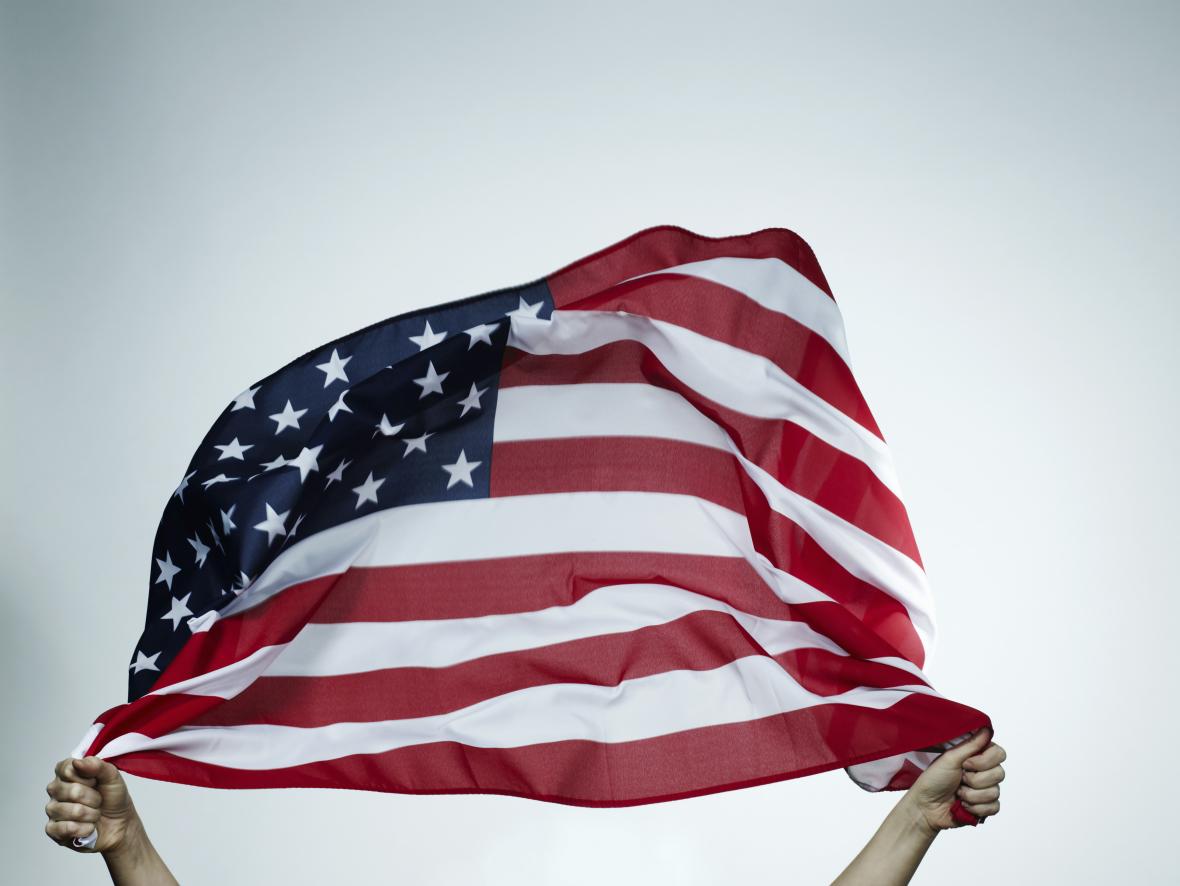 Heritage Explains: Why Is Patriotic Assimilation so Important?

MICHELLE CORDERO: From the Heritage Foundation, I'm Michelle Cordero and this is "Heritage Explains."

CORDERO: Immigration reform is a huge issue for our country right now, and for decades we've heard a lot about borders, law enforcement and amnesty. But an issue that President Trump brought up in his new proposal last week is one that hasn't received as much attention.


DONALD TRUMP: To promote integration, assimilation and national unity, future immigrants will be required to learn English and to pass a civics exam prior to admission. Through these steps, we will deliver an immigration system that respects and even strengthens our culture, our traditions and our values.

CORDERO: President Trump is talking about assimilation, patriotic assimilation actually. To assimilate, according to Merriam-Webster is to take into the mind and thoroughly understand or to absorb into the cultural tradition of a population or a group. But patriotic assimilation is not just whether you adopt the habits of America but whether you feel patriotic about America. It's when you begin to understand and feel within your being, the beliefs of America and what makes her great. America is known as the Great Melting Pot but what if we aren't melting? What if we're just staying separate?

CORDERO: Our expert today, Mike Gonzales, a senior fellow in Heritage's Douglas and Sarah Allison Center for Foreign Policy says that, "Patriotic assimilation is the bond that allows America to be a nation of immigrants. "Without it," Mike says, "America ceases to be a nation becoming instead a hodgepodge of groups."

CORDERO: Mike why is patriotic assimilation such a big deal when it comes to fixing our broken immigration system?

MIKE GONZALEZ: Immigration always leads to angst, right, in America and other countries so people are always concerned about immigration. One of the reasons for that is that people intuit that their culture is at stake, and they want to see this continuation of the culture, the things they like. They don't want to see it change radically or drastically. And I think that is one of ... I think the recent people ... People sometimes are so nervous about immigration is that they feel that the country will change and that's why one of the conditions, one of continuing to take immigrants, is essential condition, it that we assimilate the people who come in. That we at least say, that we take the truly inclusive approach and say you can be an American. That doesn't happen anywhere else. This doesn't happen in Germany, doesn't happen with France, doesn't happen with the UK.

GONZALEZ: We have the toolkit and we have always had the toolkit to assimilate the immigrant, the newcomer and treat him as an American, and have him or her feel as though they are born in this country.

CORDERO: So you say we always have but Mike there's a difference now between how we assimilate versus the Ellis Island days in 1920s right?

GONZALEZ: Right and it's not just that we're not trying to assimilate as we're doing the exact opposite. We're very drastically telling people not to assimilate. So even before Ellis Island there was a push to assimilate. That was the case with the Germans and the Irish who came in and the Scandinavians who came in, in the 1850s and the 1860s. Not the 1860s really because we had a civil war. But 1840s, 1850s and then in the 70s and so on we had a great deal of European immigration in those days. And also immigrations from Asia and back then ... And then you were in Ellis Island, it was renewed there was a push to assimilate the immigrant. Today, we don't do that at all. Since the 60s, what we have done with third [inaudible 00:04:39] wave of immigration. If you look at the first wave being the generation of the immigrants have start in the 1850s and then the second one, the immigrants that came in during Ellis Island which is 1890 to 1924. And then this is one is post 65, we have taken with this, and this is the largest by the way, we have done the opposite.

CORDERO: In Mike's research and commentary he's even gone on to explain how elites have essentially encourage newcomers to hate us. He writes, "As immigrants, refugees and others come and settle here, they're actually taught that America is a racist, Islamophobic country and that they are victims. In fact," Mike writes, "Much about how they live from a social standing to actual tangible benefits will depend on their status as members of an aggrieved protected group." More on this after a short break.

CORDERO: So Mike do you think that this lack of patriotic assimilation has led to some of the problems we have today?

GONZALEZ: First, as I said, there's always been a pushback against immigration. You had it with the Know Nothings in the 1850s. Lincoln fought very strongly against the Know Nothings. You had it during the early silent period. I think what [inaudible 00:06:50] you in those days was that there was ... Everybody agreed, all American leaders, all American business leaders, everybody from the progressives like Teddy Roosevelt and Wilson to Conservatives all believed in assimilation. Lincoln believed in assimilation. Today as I said there are many, especially leaders on the left have pushed forward the notion that we cannot and should not have assimilation. In fact assimilation has become a dirty word.

CORDERO: And you and I have talked about this before. You mentioned we see this as going into grade schools.

GONZALEZ: Oh yeah. I mean it is now the operating system of the cultural hardware. It is everywhere, it starts before K through 12, it starts in preschool. You see school children constantly being told that diversity is a strength. Diversity ... We are a diverse country. We are a country of diverse peoples but what we should do as a country, especially because we are a country made up of immigrants. What we need to do is emphasize what we have in common. Empathize the common project, emphasize our common destiny and that is what our schools should be teaching. Diversity is our strength is an oxymoron, it is contradictory. On its face, it's contradictory and that's why they have to teach it again and again and again to drill it into peoples' minds, especially young minds. But once you ... It doesn't really make sense when you have a country that takes people in from Thailand and Greece and Colombia and China. What you need to do is say, is make it inclusive and say you to can be part of the American family. Join our family.

CORDERO: So what can we do? How do we strike that balance between pride of your ancestry and its culture but also loving your new country?

CORDERO: So President Trump recently released an immigration plan and he included policy that has to do with patriotic assimilation. Did you think it was on par? Is there room for improvement?

GONZALEZ: I thought it was a good start. I think there is room for improvement. I think the President, for example said that we're going to give a civics test prior to granting a visa. I don't see a downside to that. However, if that is all we do that is not nearly enough because A, people can game the system. Anybody can read MLK's I Have A Dream speech on the National Mall. Everybody can read and memorize parts of George Washington's farewell address. That doesn't mean anything. Even if they're like trying to game the system, even if they mean well, unless they can come in having passed a civics test, if we continue to do the divisive things we're doing right now, if we continue to say, "No you go now to your respected group, you go now to the pan-ethic group that the Census Bureau has created for you or rather OMB. And we're going to speak in terms of group rights, we're not going to give you the knowledge of the Constitution of the Declaration of the Federalist Papers of what made this country what it is today.

GONZALEZ: Why this country's free? What are the habits? There are some habits that are conducive to freedom, there are other habits that stifle freedom. If we do not teach the virtues that produce the freedom and prosperity that we have then this is going to turn out very badly for the newcomers and their children.

CORDERO: That's it for today's episode. Mike has some really fascinating policy paper son this issue, reports that explain how our founders felt about patriotic assimilation and also the exact ways our culture is doing the opposite. I'll put those links in our show notes. We're going to take a short break next week for the Memorial Day weekend and also Heritage's Resource Bank meeting in Scottsdale, Arizona. I'll be there with Elisha Krauss from The Daily Wire, home of the Ben Shaprio Show and John Gabriel, Editor-in-chief of Ricochet to talk about Conservatives in the podcasting world and also putting on a podcasting workshop. Hope to see you there. Tim will be back with an all new episode the week after that.

To Avoid Amnesty, Agricultural Immigration Reform Must Address This Issue