Why Shoring Up Fannie and Freddie Would Hurt the Housing Market

Why Shoring Up Fannie and Freddie Would Hurt the Housing Market

Almost a decade removed from the last housing crisis, the economy and housing market have improved—yet the federal government continues to hold significant influence over the housing finance system.

The housing market is showing some signs of growth, including a steady decrease of “underwater” homeowners—a trend certainly driven by the increases in home prices across the U.S.

The share of homeowners who owe more on their mortgages than their homes are worth reached a peak in early 2012, hitting 16 million. That number has since declined to around 5 million.

Still, the federal government’s interference in the housing finance system distorts the housing market in numerous ways, including by encouraging households to take on higher levels of mortgage debt in the purchase of homes.

This has led to severe credit misallocation and volatility in home prices over the last couple of decades.

The fact that upward of 60 percent of outstanding residential mortgage debt in the U.S. is covered by Fannie Mae, Freddie Mac, and Ginnie Mae—all government-sponsored enterprises—is proof of the federal government’s continued dominance in the housing finance system.

It is wholly worth remembering that federal politicians have used these institutions to push harmful affordable housing policies, which have led to the collapse of the housing finance system and left millions of households with failed homeownership experiences.

Such careless policies have cost taxpayers hundreds of billions of dollars in bailouts.

Indeed, a fateful irony of these federal policies is that the homeownership rate is at the same rate today that it was in the mid-1960s, before the creation of Ginnie Mae, Freddie Mac, and the recharter of Fannie Mae.

Moreover, housing has not become more affordable since the early 1990s when federal lawmakers opportunistically and unwisely decided to use these government-sponsored enterprises as instruments to carry out goals of expanding the U.S. homeownership.

Median U.S. home prices peaked at more than four times median household incomes during the height of the last housing bubble in the mid-2000s. This ratio remains significantly above levels of the 1990s.

The government-sponsored enterprises, which played a central role in enabling the federal affordable housing extravaganza, were left holding millions of defaulted mortgages between 2007 and 2009 as the housing market collapsed.

Fannie Mae and Freddie Mac were only resuscitated from financial insolvency because of the decision by the Federal Housing Finance Agency to place them into federal control, in addition to the coordinated capital infusions from the U.S. Treasury.

These entities have in fact remained under federal control for almost the last decade, and the Treasury has remained the senior preferred stockholder of Fannie and Freddie, respectively, since the 2008 senior-preferred stock purchase agreements and subsequent amendments.

The initial senior-preferred stock purchase agreements between the Treasury and the government-sponsored enterprises have been amended several times, and the last amendment in 2012 stipulated a depletion of the respective reserve funds for both Fannie and Freddie by 2018.

Thus, by Jan. 1, 2018, and absent any fundamental reforms in the interim period, both Fannie and Freddie will have no capital reserve fund to cover any further financial losses.

This situation has led certain groups to lobby for the Treasury and the Federal Housing Finance Agency to alter the agreement and allow the government-sponsored enterprises to recapitalize.

Incidentally, these groups also advocate a continued federal government backstop, whether it is provided by the current government-sponsored enterprises, or under a different name with the same government-backed institutional structure, in the housing finance system.

These calls are now only distracting from long-needed reforms to government-sponsored enterprises that would finally shut down these privileged institutions. Both Fannie and Freddie represent the worstabuses and corruptive practices of using quasi-private companies to advance nebulous federal housing policy.

Lawmakers in Washington should maintain their focus on reforms that would create the conditions where households take on mortgages not backed by the government.

If the federal government would get out of the way and reduce the barriers for private, unsubsidized capital to return to the U.S. mortgage and secondary mortgage markets, private markets would be more than sufficient to finance housing.

Ideally, Congress would take the lead and pass legislation to finally shut down these government-sponsored enterprises.

But short of congressional action, the Federal Housing Finance Agency has the power to take steps on its own that would substantially decrease the footprint of government-sponsored enterprises in the housing system. 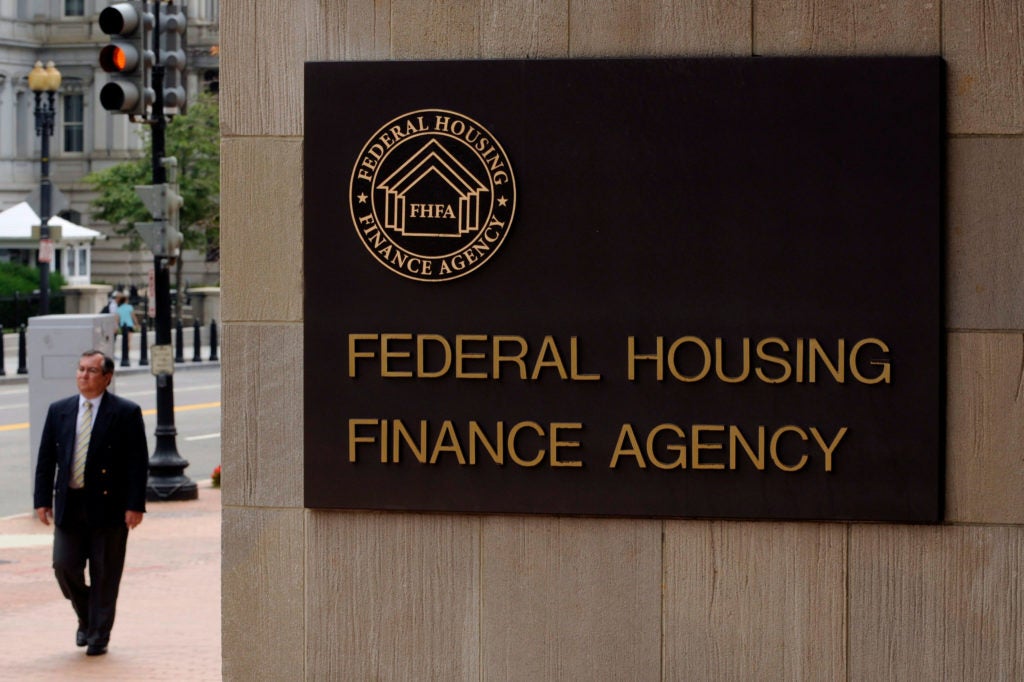 The agency can accomplish at least two key reforms that would increase private, unsubsidized mortgages in the housing finance system.

First, it should reduce the conforming loan limit in 2018. This would encourage a greater share of private, unsubsidized mortgages in these high-cost markets.

The Federal Housing Finance Agency lowered these loan limits in 2011, including in high-cost areas where the limit fell to $625,500. However, the agency ended up reversing course this year by raising the limit in high-cost markets to $636,150.

The bottom line is that federal taxpayers should not have to continue subsidizing high-value mortgages for borrowers in these high-cost markets, especially when there are private jumbo loan alternatives.

Second, the Federal Housing Finance Agency can commit to charging higher fees in return for guarantees on mortgage-backed securities.

The market for mortgage-backed securities since the 2007-2009 downturn and collapse of the housing market, and near collapse of the financial system, has almost entirely remained concentrated to those of the government-sponsored entities and securities guaranteed by Ginnie Mae.

Because of their privileged status with the federal government and their enormous influence in the U.S. secondary mortgage market, Fannie and Freddie benefit from the power to set uncompetitive prices.

This has led to the erection of barriers to entry in the competitive market and has curtailed any real development of the private market for mortgage-backed securities.

To encourage growth and a return of private, unsubsidized capital to the U.S. secondary mortgage market, the Federal Housing Finance Agency should increase the fees that government-sponsored enterprises charge for the timely payment of pass-through income to investors in agency mortgage-backed securities.

Until Congress takes the lead to wind down Fannie and Freddie, the Federal Housing Finance Agency can and should implement these two sets of broad reforms and encourage more private, unsubsidized capital to enter the housing finance system.

Note: This article has been updated to clarify that the Federal Housing Finance Agency reforms it proposes would increase—not decrease—private, unsubsidized mortgages.

This piece originally appeared in The Daily Signal.

America’s Housing Market Is in Trouble. Here’s What To Expect Next

One Economic Indicator Could Be Dems’ Achilles Heel Heading Into November. Here’s What It Is

Who’s To Blame for the Priciest Housing in History?