Mike is a senior advisor for Government Relations at The Heritage Foundation.

The internet exploded in a frenzied discussion of “coyotes,” with blue-check-marked leftists leading this cultural canine curiosity.

The term “coyote” is nothing new, and anyone following the immigration issue would be hard-pressed to avoid encountering it over the decades.

Confusion at this stage over coyotes shows that a lack of understanding remains a factor in solving this serious problem.

Something unexpected happened during the second and final presidential debate Thursday night between President Donald Trump and former Vice President Joe Biden.  No one saw this coming.

The internet exploded in a frenzied discussion of “coyotes,” with blue-check-marked leftists leading this cultural canine curiosity. The website for the Merriam-Webster dictionary reported a 675% increase in searches for the word coyote.

All these Twitter accounts were not spontaneously wondering about nocturnal, medium-sized wild dogs and their nightly serenades of yaps, howls, and occasional snacking on humans’ pets.

Instead, many Twitter users assumed Trump either had mistakenly and stupidly blamed the animal for dragging children over the U.S.-Mexico border or used a pejorative to refer to their parents when he said during the debate:

Children are brought here by coyotes and lots of bad people, cartels. And they’re brought here and it’s easy to use them to get into our country. We now have a stronger border [than] we’ve ever had. We’re over 400 miles of brand new wall, you see the numbers. And we let people in, but they have to come in legally.

The president, of course, was referring to criminals who are paid to smuggle illegal aliens into the United States, often guiding them on long, perilous journeys through desert and sand. This industry is rife with extortion, physical and sexual abuse, and cruel indifference to human life and safety.

The term “coyote” is nothing new, and anyone following the immigration issue would be hard-pressed to avoid encountering it over the decades. President Barack Obama’s Department of Homeland Security used the term frequently, and launched an effort called Operation Coyote to go after the revenue of these smugglers.

Nonetheless, sensing an opportunity for quick political points, Twitter accounts with large followings spread the impression that the president mistakenly believed the creature known as Canis latrans to be involved. One Twitter user quickly collected examples of this confusion:

Tonight on blue checkmark twitter, they don’t know what coyotes are.

(This isn’t even half of all I found 🥴) pic.twitter.com/Jsh57jSBb1

Leading the charge was David Hogg, the young anti-Second Amendment activist who has a million followers on Twitter. He thought the president was being mean: 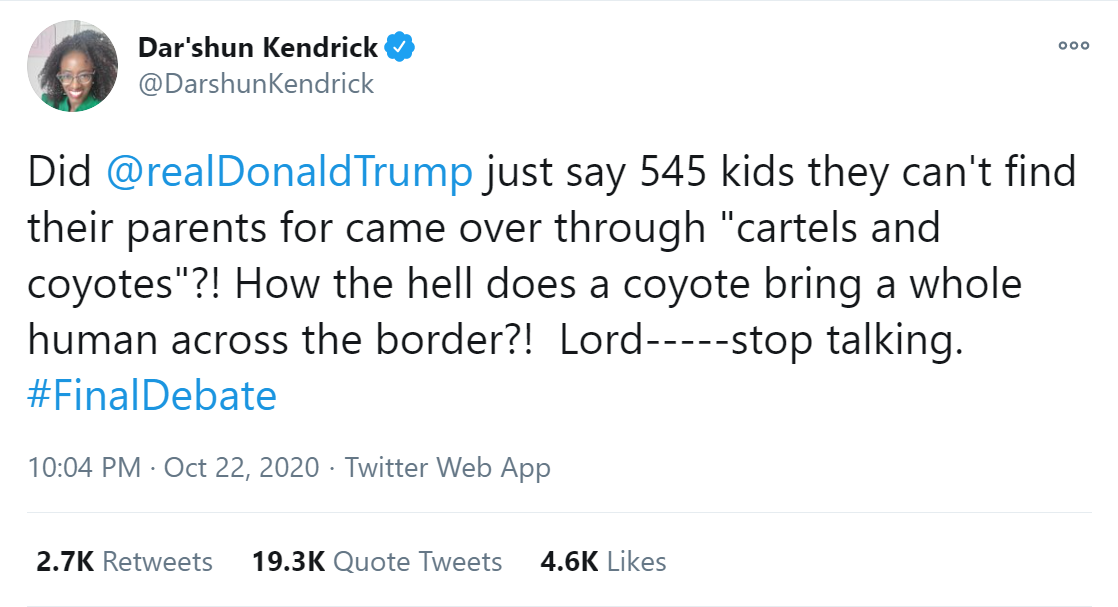 Jemele Hill, a sportscaster-turned-political commentator for The Atlantic, concisely expressed her confusion to 1.3 million Twitter followers: 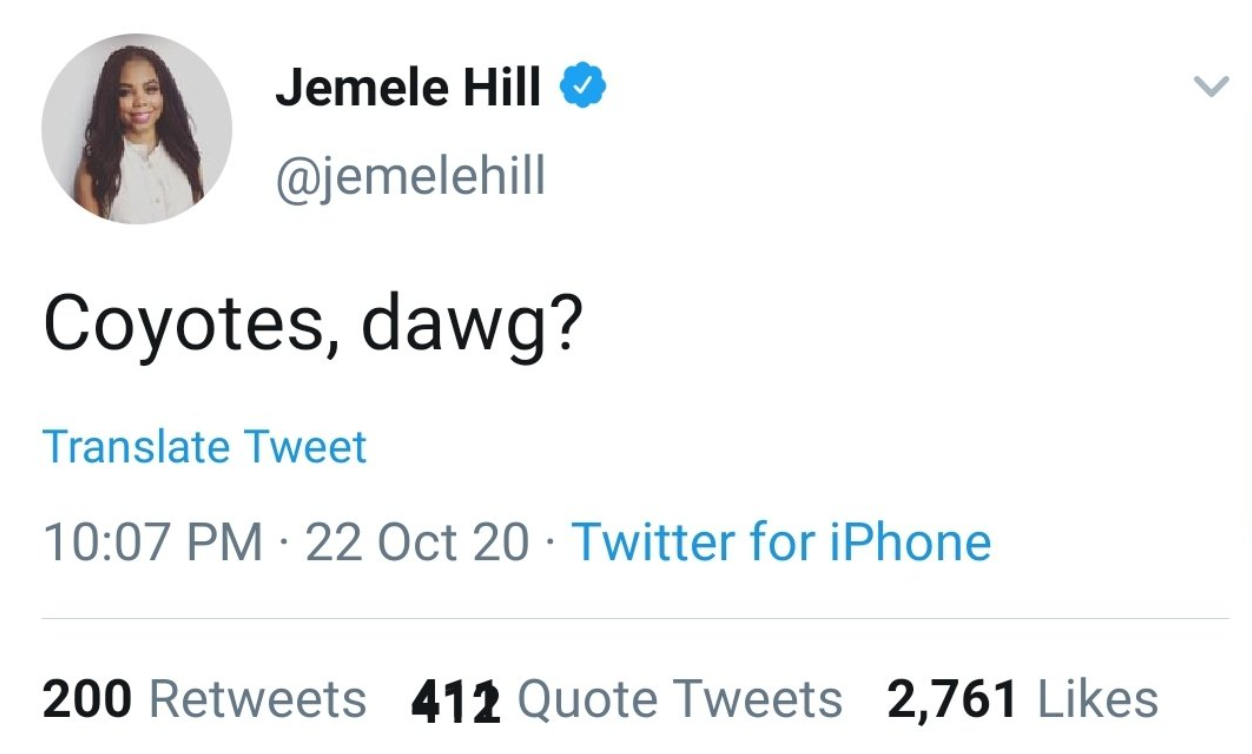 The confusion over the term speaks to a much larger problem in our civic understanding of the pernicious problem of illegal immigration, an issue that largely has been relegated to the backburner during this presidential election campaign.

Since April, the number of illegal aliens arrested by U.S. Customs and Border Protection at the southern border has “tripled from around 16,000 then to 47,000 in September,” according to The Washington Times.

Current and former Department of Homeland Security officials told the Times that the prospect of one possible election result is a driving factor for this surge in arrests at the border, because of liberals’ promises of lax enforcement of immigration law and mass amnesty for illegal aliens.

Immigration is an issue that too often is couched in emotional arguments and charges of evil motivations. Immigration policy should be rooted in American interests, provide a safe and orderly process, and be based on the rule of law.

Confusion at this stage over coyotes, a central term in referring to smuggling operations bringing illegal aliens into the U.S., shows that a lack of understanding remains a factor in solving this serious problem.

Now that’s something to howl about.

Good morning to everyone who came here by #coyote.
I never knew. pic.twitter.com/y0l02t4xoa