With the start of a new year, Congress has the ability to start fresh with new reforms. The Visa Waiver Program is one worthy candidate for such reform.

Established in 1986, the program has flourished as it has proven to support both national security and growth within the U.S. economy.

Yet it is clear that a reform to the Visa Waiver Program could be extremely beneficial. Judiciously expanding the program would enhance the security and economic benefits that it already provides.

The core idea behind the Visa Waiver Program is that it allows citizens of participating countries to travel visa-free to each other’s countries, while including a similar vetting process, but lacking a visa interview with the U.S.

A country is able to join the program if it meets all seven requirements, including improved airport security, accepting the repatriation of its citizens in a timely manner, and undergoing Department of Homeland Security-led evaluations.

Perhaps the most critical requirement, however, revolves around intelligence-sharing from foreign governments. The type of intelligence to be shared includes information about known and suspected terrorists, serious criminals, and lost and stolen passports.

There are currently 38 countries that hold a membership within the Visa Waiver Program. The majority of them are located within the European Union, but not all EU countries are included.

That could be changed through a reform that benefits national security.

The primary purpose for a reform would be to improve the quantity and quality of intelligence being shared, by allowing more allies to join the program. 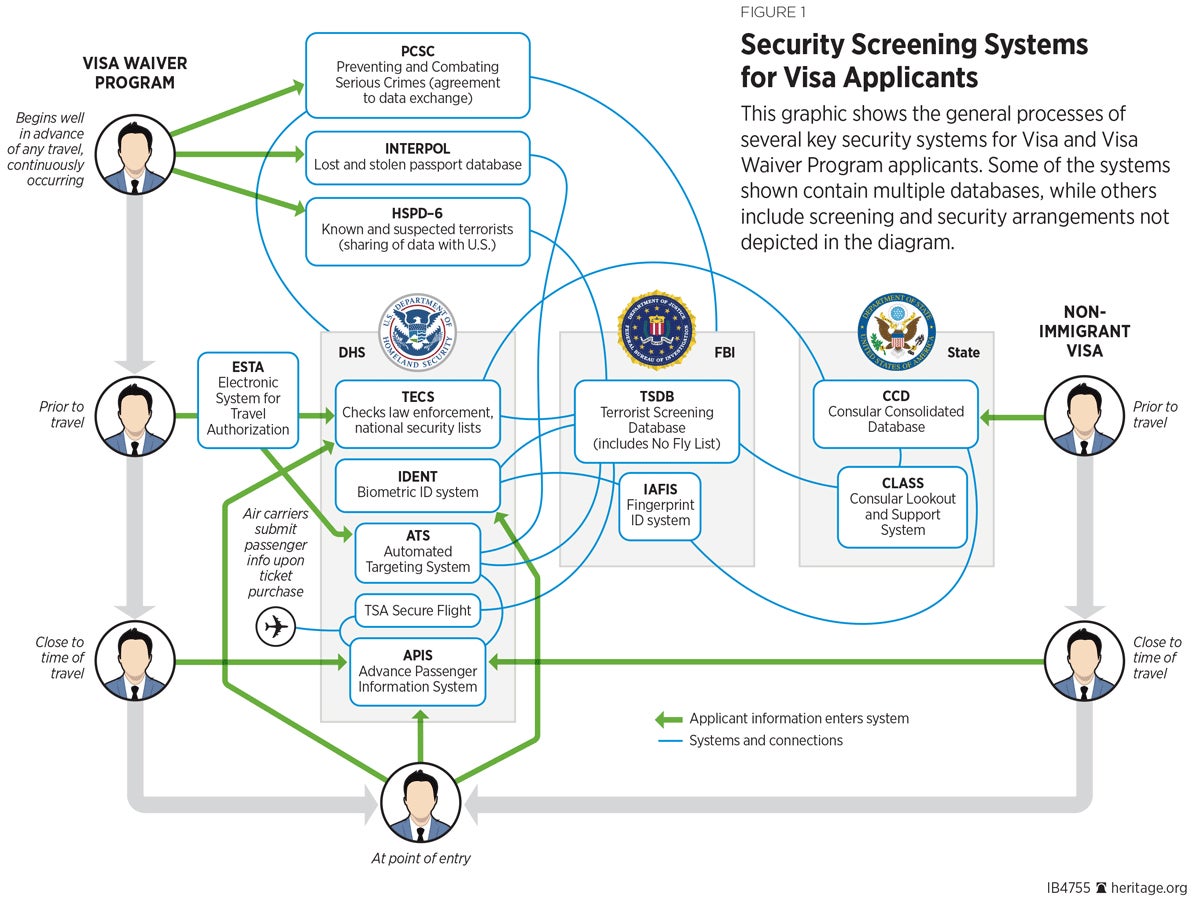 Not only would reform benefit security, it would also deepen diplomatic ties. By allowing countries such as Poland, Croatia, and other allies into the program, we would affirm their partnership with the U.S., deepening trust between nations.

Another benefit to expanding the Visa Waiver Program is economic growth. It would be easier for citizens of foreign countries to conduct business or visit the U.S. as tourists if it were easier for them to travel to the U.S.

Thus, expanding the Visa Waiver Program shows potential to increase the overall value the program holds for the security and prosperity of the U.S.

A reform to the Visa Waiver Program should include a new framework. That new framework would judiciously allow more country candidates—namely, EU countries—to enter the program.

There are multiple countries that don’t quite meet the 3 percent refusal rate—the rate at which consulates deny someone a visa—or are close to meeting the rest of the requirements.

The refusal rate is the one thing standing in the way of their joining the Visa Waiver Program, and the refusal rate requirement used to be more flexible than it is today.

Loosening the refusal rate criteria, while strengthening the overstay rate requirement, would change this. The overstay rate is simply the measure of how many citizens of a nation overstay their visa.

Congress also should rename the program as the “Partnership for Secure Travel,” to avoid the false impression the term “visa waiver” sparks. The program includes nearly the same vetting process and actually enhances vetting because of intelligence-sharing.

There are also other ways this program could be reformed.

What better way for Congress to start the new year off fresh than with reforming and expanding a program that expands security, increases the U.S. economy, and deepens ties with allies?

Yes, President Trump Can Invoke the Insurrection Act. Should He? No.