The Heritage Foundation continues to influence state and federal decision-makers with impactful policy research, and the past two weeks were no exception with one Heritage expert testifying twice before Congress on Second Amendment issues.

Amy Swearer, a legal fellow in the Edwin Meese III Center for Legal and Judicial Studies, testified in front of the House Oversight Committee on June 8 to provide solutions to gun violence that do not infringe on the rights of law-abiding citizens.

Swearer also fielded outrageous statements from Rep. Katie Porter, D-Calif., including an accusation of perjury. In the exchange, Porter preferred to score political points and refused to let Swearer give any explanation. The exchange can be found here. 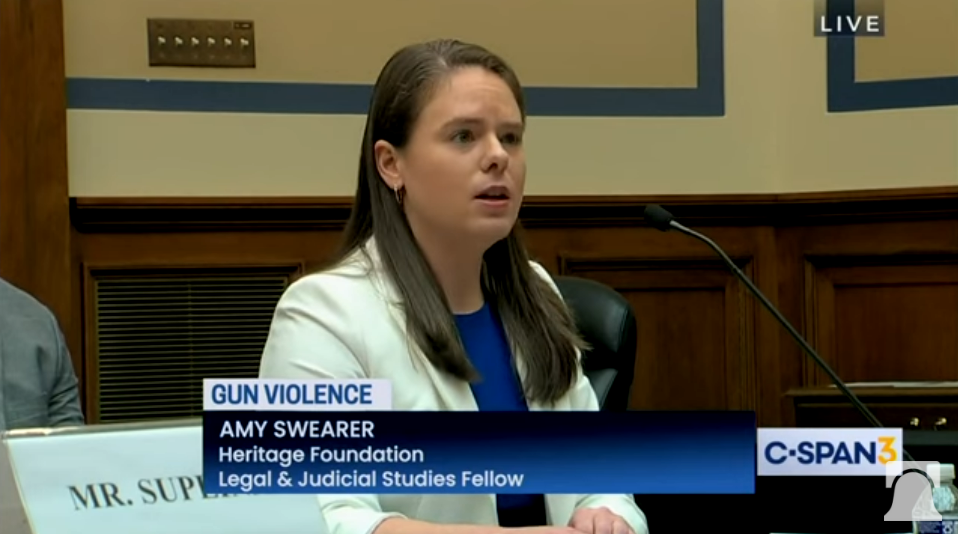 I am fully aware that when you’re burying your child, nuanced policy is irrelevant. It doesn’t matter to a fourth grader hiding under a desk whether the real problem is a barrel shroud or the several dozen missed chances to intervene.

But it should matter to you.

Because you are the ones making policy decisions. You’re the ones implying that a lot of victims would be alive today but for a mass shooter’s pistol grip and a background check that he already passed. You’re the ones mocking anyone for “talking about doors” when a single locked door in Uvalde (Texas) would have saved 21 lives, and when all of us just walked into this building with its limited public access points, one-way locking security doors, and plethora of armed officers.

And she went on to explain why Heritage opposes many of the gun control policies being proposed by Congress and the president in response to recent mass shootings:

We oppose these policies precisely because the lives of these victims mattered, because the grief of their loved ones is real, and because we all want thriving communities where families are flourishing instead of burying their children.

The opposition has always been a genuine concern that those policies suffer from serious constitutional and practical defects. That they won’t have the impact you promise people they will.

We have always proposed alternatives that would be more effective and less constitutionally suspect.

We have rarely been met with open ears.

Swearer testified again on June 15 in front of the Senate Judiciary Committee on juvenile gun violence.

You can watch her full opening statement here and read her testimony here. 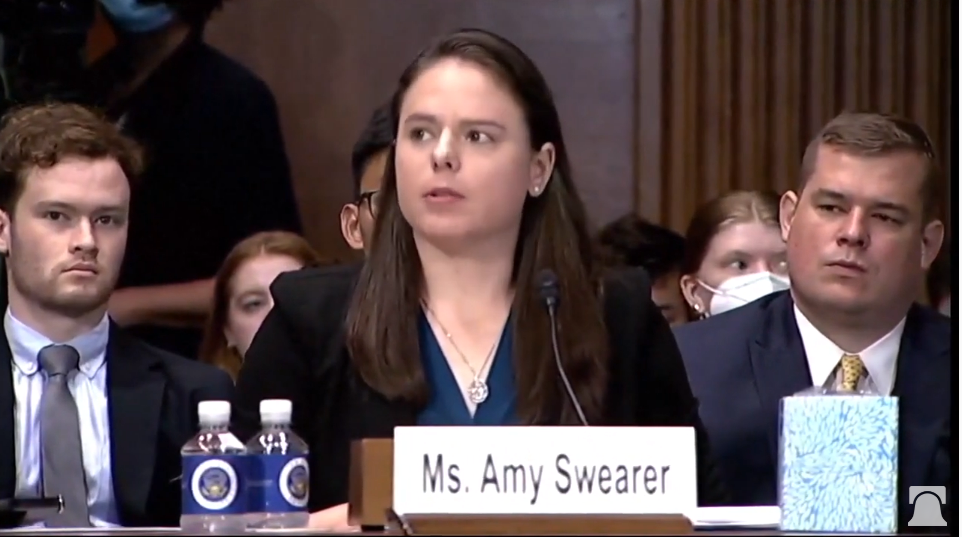 The vast majority of juvenile gun deaths are out-of-school suicides and homicides, neither of which receives nearly as much attention. And suggesting that problem is simply “guns” does everyone a disservice.

Our kids are also increasingly uninterested in going to school, with chronic absenteeism rates in major districts reaching as high as 40% this year. This, unsurprisingly, correlates with kids increasingly engaging in serious criminal behaviors that make it more likely they’ll victimize others or become victims of gun violence themselves.

The root of the problem is not guns. It’s the underlying causes that create violent environments in the first place.

Statistics show clearly that when parents can more easily remove their kids from schools where they are bullied, face violent threats, or are not receiving necessary resources, it alleviates the risk of suicide and the likelihood they will participate in criminal behaviors that are most associated with violent outcomes, like gun-related deaths and injuries.

Kids deserve educational environments where they feel safe and are more likely to develop into thriving adults, regardless of income or ZIP code.

Heritage continues to lead the way in policies that promote human flourishing, respect the Constitution, and hold the government accountable. The Heritage Foundation has provided real solutions for making our schools safer and dealing with gun violence while also continuing to stand boldly for and defending the constitutional rights of law-abiding Americans. We will continue to work with Congress and other policymakers to implement those solutions.

If you are not already following Amy Swearer on Twitter, you can do so here. And if you wish to receive more Heritage news and content, you can subscribe on the bottom of this page.