Advancing Liberty and Economic Freedom Through the Three Seas Initiative

Co-hosted by the Warsaw Institute

Secretary of State and Chief of the Cabinet of the President, Republic of Poland 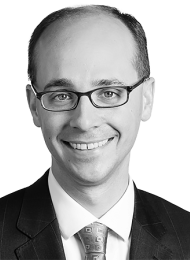 The Three Seas Initiative, formally begun in August 2016, is an effort by 12 European nations situated between the Adriatic, Baltic, and Black Seas to develop energy and infrastructure ties between their countries. Initiated by Croatian President Kolinda Grabar-Kitarović and Polish President Andrzej Duda, the project has the potential to bring economic growth and increased security to Europe. President Donald Trump, while attending last year’s Three Seas summit in Warsaw, stated: “The Three Seas Initiative will transform and rebuild the entire region and ensure that your infrastructure, like your commitment to freedom and rule of law, binds you to all of Europe and, indeed, to the West.”

A year and a half later, has Three Seas produced results? What does Three Seas mean for China’s continued interest in the region? How can Three Seas help loosen Russia’s energy grip on Europe? What is the political impact of Three Seas in Europe? How does it advance liberty and economic freedom? Join us as Krzysztof Szczerski, a chief architect of the Three Seas Initiative, presents a Polish perspective on what the Initiative means for Europe and the United States, and how it will strengthen the transatlantic alliance.